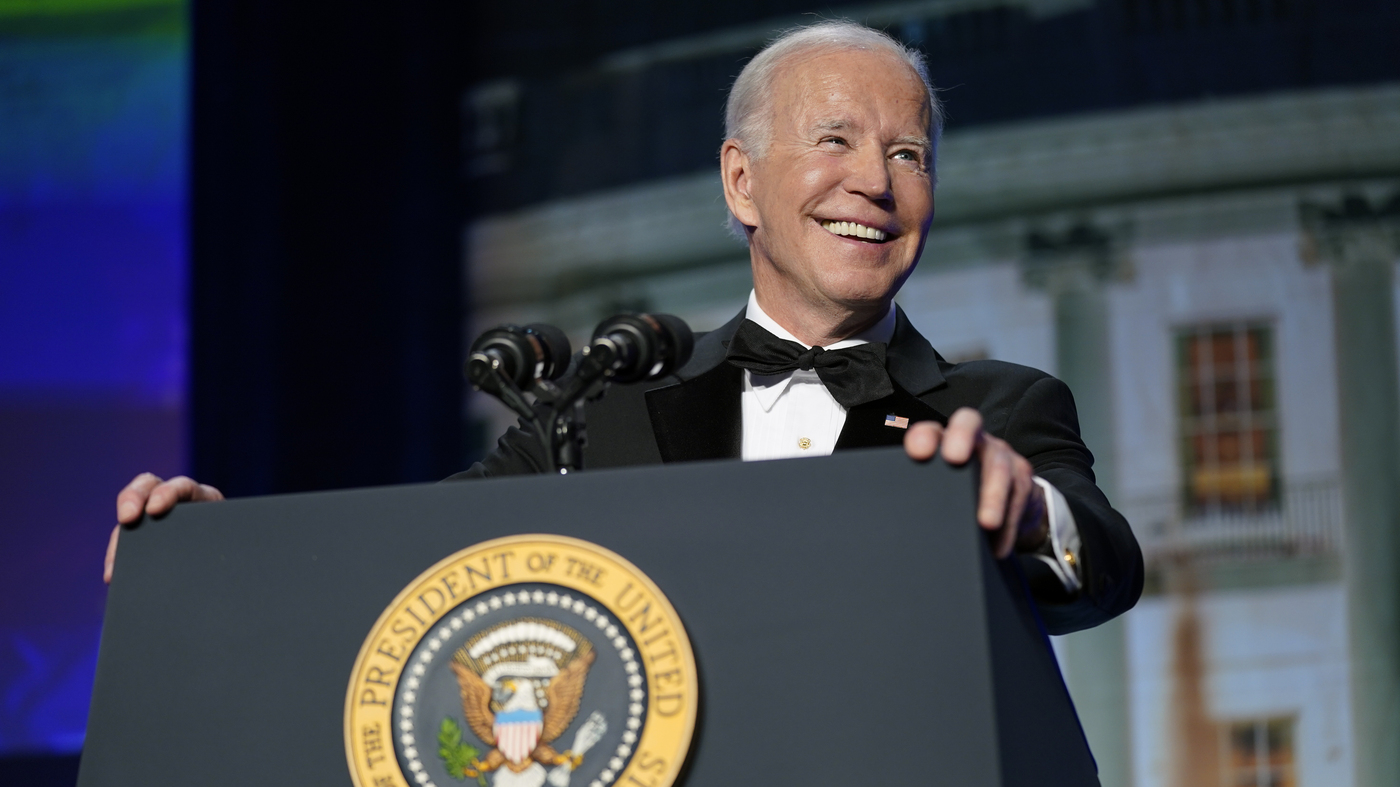 President Joe Biden addressed the White House Correspondents’ Association on Saturday night, the first time in six years that a president has spoken at the event. The event was canceled during the pandemic and former President Donald Trump avoided the event while in office.

The president joked about the criticism he faced in his first 15 months in power, as well as the press, the opposition and Trump. “Imagine if my predecessor came to this dinner this year,” the president said. “Now that really would have been a real coup.”

Biden joked to the media, “I’m really excited to be here tonight with the only group of Americans with a lower approval rating than me.”

He also highlighted the slogan “Let’s Go Brandon”, which is used by the opposition to berate the president. “The Republicans seem to support one man, a man named Brandon,” Biden said. “He’s having a very good year. I’m happy for him.”

Biden addressed an audience of 2,600 people, including journalists, government officials and celebrities. Biden explained recently leaked comments from the House minority leader: “There’s nothing I can say about the GOP that Kevin McCarthy hasn’t already taped.”

He also had a dig at Fox News. “I know there are a lot of questions about whether we should gather here tonight because of COVID. Well, we are here to show the country that we are going through this pandemic. In addition, everyone needs to prove that they are fully vaccinated and strengthened,” Biden said. . “Get in touch with your favorite Fox News reporter. They are all there. Vaccinated and fortified.’

In addition to speeches from Biden and comedian Trevor Noah, the event featured skits from talk show host James Corden, comedian Bill Eichner and Biden himself.

“Thank you for having me here,” Noah told Biden. “And I was a little confused as to why me, but then I was told that you get your highest approval ratings if a biracial African man is next to you.”

In addition to jokes, Biden praised the role of journalism in American democracy. “I mean this from the bottom of my heart that you, the free press, matter more than at any time in the last century,” he said. “You are the guardians of the truth.”