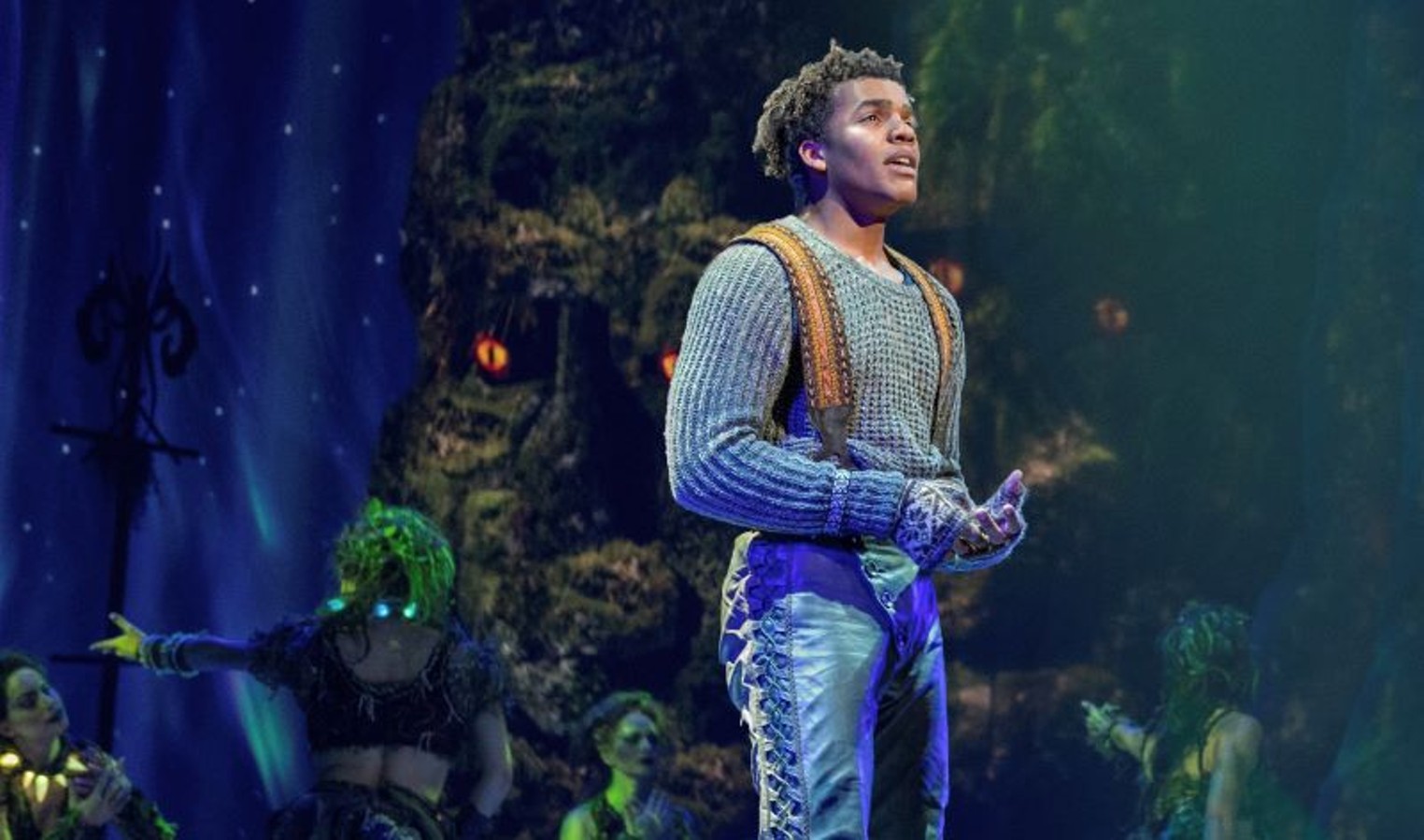 When Mason Reeves first took on the role of Kristoff the Ice Cream Harvester in the musical Frozen, he got a sad dose of outrage sent his way by people upset that a black man was playing a role initiated by a white character. We are talking about a white animated remember character.

“When I first started rehearsals, I got racist messages on the internet, people who were angry and said that Kristoff is not black and that there were no black people in Europe in the 17th century.”

“My only response to those people was, ‘There were also no people with ice powers or talking snowmen and they both exist in this universe.'”

Frozen is coming to Houston, complete with Reeves as Kristoff in a two-week run courtesy of Broadway at the Hobby. The national tour group with a cast of about 24 actors had a stop and start due to the pandemic, but is now touring the country after re-launching in Buffalo, NY.

The musical with music and lyrics by Kristen Anderson-Lopez and Robert Lopez, and the book by Jennifer Lee, added several songs to the 2013 Disney film. The premise remains the same: two royal sisters – Elsa and Anna – who are estranged. because of Elsa’s powers she hasn’t mastered. Anna’s near-death experience when she was young at the hands of her sister has been blocked from her memory and she cannot understand why Elsa is closing herself off from her.

As the story progresses, Elsa is crowned queen, accidentally unleashes her powers, is branded a monster and flees the scene, unaware that she has left her kingdom of Arendelle in a very frozen state. Falling for the visiting Hans, Anna goes in search of her sister and meets Kristoff and reindeer Sven.

Reeves considers Kristoff “very much to himself. All his life his best friend has been a reindeer.” At the same time, however, he says Kristoff is open to change. And in the musical, he gets a few new songs that delve deeper into Kristoff’s character.

Reeves submitted an audition tape for: Frozen while still a junior in college at the University of Michigan. He was called back and a trip to New York City was agreed to much to his surprise. “So I finished my senior year on the road with online classes.” In a way, the university prepared him for life on the road, he says, because in both cases he got close to people he didn’t know.

“Things I learned on tour that I wasn’t prepared for: It’s hard to put on a show eight times a week for a year; it’s really exhausting. So it was important to learn how to put myself on a such a way give the best possible show for every audience every night, but don’t be completely exhausted all the time.”

And for this show: water is essential.

“My costume is super hot,” he says with a laugh, explaining his need for hydration. “With Elsa freezing all of Arendelle, we’re like a big winter storm the whole show. I’ve got these intense leather pants, these big heavy snow boots and a wool sweater and a leather jacket that I’m wearing over it that It would be really great if it was 20 degrees outside, but it’s only 75 degrees in the theater or whatever, so I’m just sweating and sweating in there. But the costumes look great.”

They toured for about five months before the pandemic started and then everything stopped. They got back together in August 2021 and have been going non-stop ever since.

Reeves honestly comes through his interest in musicals. “My great-aunt was an opera singer and my mother does community theater and plays the cello.” She let him act in plays all his childhood and although he says he resisted at first, he started to love acting.

Why does he like to do musicals? “I’m really drawn to the way music and melody can affect your emotions,” he says. “The music carries the emotion of the song and the lyrics sit on top as the human tries to explain what they’re feeling. But the music really tells the truth.”

Asked for the reason for Frozen’s continued success, Reeves says, “I think what it is that ties into that Disney thing of all ages.” What I love about it is that a lot of adults who come to the show think like I’m trying to do this for my kids. do and they end up like, ‘Wait, why was that talking to me and why am I crying?’

“Sisterhood is the center of this show and powerful women. It’s beautiful to see something that is led by women and made by women and written by women and is about the power to go after what you want and not give in to people who tell you that you can’t achieve what you want to achieve and it’s also about being yourself, which i think every human needs.

“The most important thing to me about playing this role is that I’m just totally myself and who I am happens to be someone who matches Kristoff regardless of my skin color. I see a lot of little colored kids after the show and I always try to look at them waving or saying something to them because i think if i was their age and i saw someone like me do something like that maybe i wouldn’t have felt like such an outlier able to let people see that there are many ways to be black.”