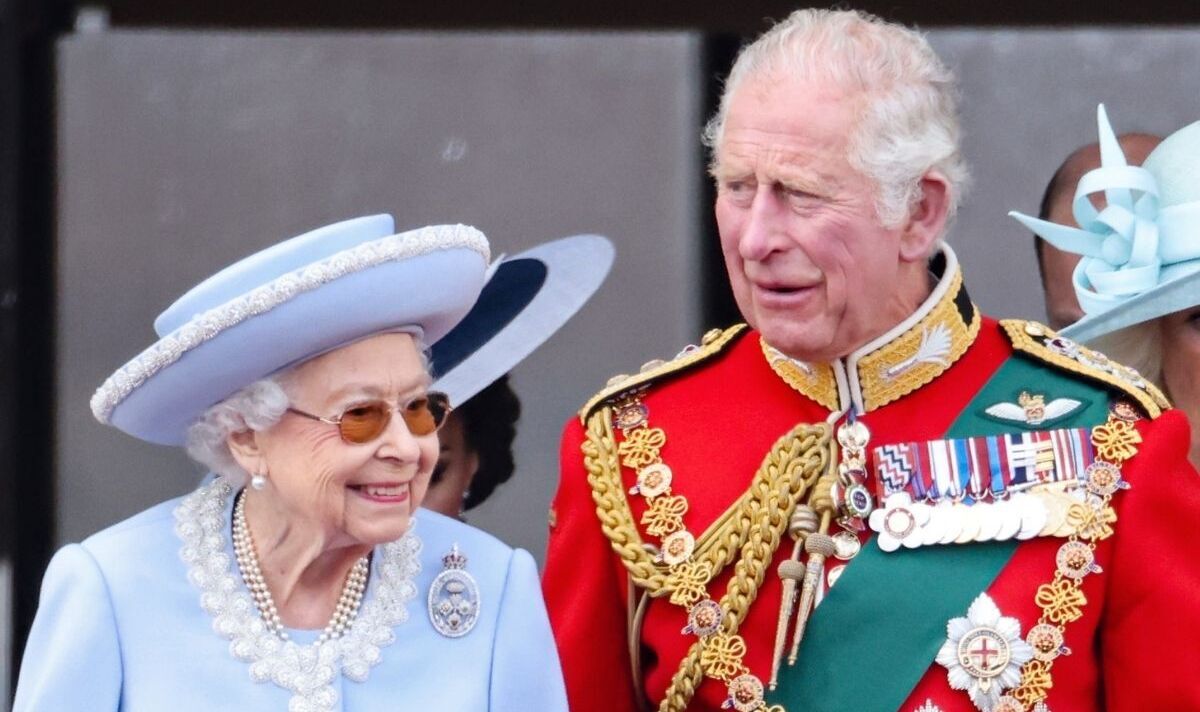 The ceremony was one of the key events for the four-day celebration of Her Majesty’s 70th anniversary. The Queen had to cancel her participation in the event, with a representative citing “some inconvenience”, while Prince Andrew and the Archbishop of Canterbury also withdrew due to a positive test for Covid. However, crowds gathered for the thanksgiving service, with NHS and key figures in addition to teaching staff and representatives of the armed forces among the 400 people invited.

After the event, Clarence House said: “Thank you, Your Majesty, for 70 years of unwavering and dedicated service.

“The Prince of Wales and the Duchess of Cornwall, along with other members of the Royal Family, attended a Thanksgiving service at St Paul’s Cathedral for the Queen’s Platinum Jubilee.”

The message of gratitude was received with an outpouring of love from Royal fans, who praised the “wonderful” service.

Another added: “I wish the Prince of Wales and the Duchess of Cornwall love and support from the US. Their dedication is so admirable.”

A third said: “Her Majesty deserves all thanks for her 70 years of unconditional service.

“It was a great service, the sermon was good and the music fantastic.

“I wish the Queen had been healthy enough to attend it herself.

“My prayers and thoughts are with her as always.”

The 96-year-old monarch has had to cancel her attendance at the last minute, with Buckingham Palace saying: “Considering the travel and activity needed to attend tomorrow’s National Service of Thanksgiving at St Paul’s Cathedral, Hare Your Majesty has decided with great reluctance that she will not be there.”

Without the cancellation of the Queen and Prince Andrew, the service would have been the largest gathering of the Royal Family since Harry and Meghan’s wedding in 2018.

In a statement, Buckingham Palace added that the Queen “greatly enjoyed” her birthday parade and flypast in London.

She is said to have had episodic mobility issues during yesterday’s celebrations.

Obviously, the decision was considered regrettable but wise because of the demands the agency would make.

The Queen today canceled her participation in another anniversary event, the Epsom Derby.

Chris Ship, editor-in-chief of ITV News, wrote on Twitter: “BREAKING: Buckingham Palace has just announced that the Queen will NOT be attending the Epsom Derby on Saturday.

“It is the second Platinum Jubilee event in a row that she has had to cancel due to her discomfort/mobility.”

The Queen had a “delightful” time at Thursday’s platinum anniversary celebrations, but found the day “very exhausting,” the Duchess of Cambridge is said to have told a participant at a Guildhall reception.