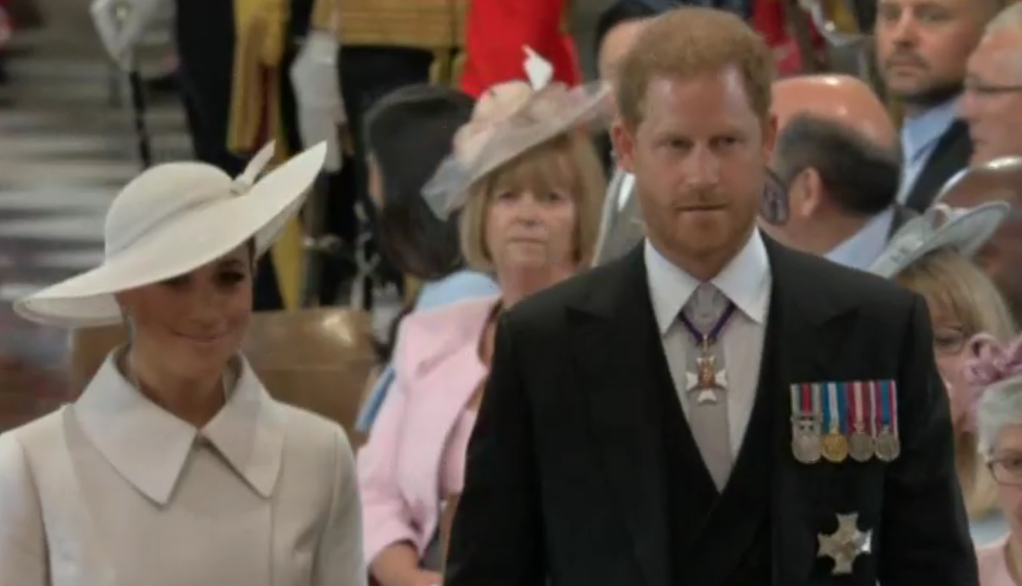 The Duke and Duchess of Sussex made their first official appearance at the Queen’s Platinum Jubilee celebrations in the UK.

Prince Harry and Meghan Markle joined other members of the royal family for a thanksgiving service at St Paul’s Cathedral in London to mark the monarch’s 70th anniversary on the throne.

Two high-profile figures were missing from the ceremony. The Queen announced yesterday that she would be withdrawing from the event after experiencing discomfort during Thursday’s celebrations while her second son, Prince Andrew, had tested positive for Covid and would also be absent from the service.

The Queen was represented by her eldest son Prince Charles, who had delighted TV audiences the night before with his wife, the Duchess of Cornwall, and made a cameo appearance in a long-running British soap opera. EastEnders†