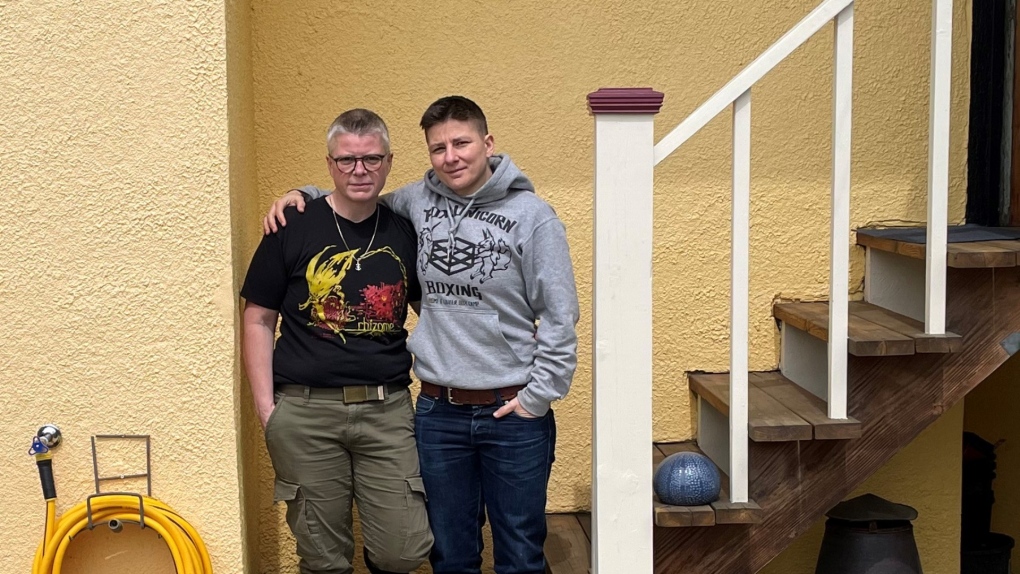 When four gay friends decided to buy real estate together in 2001, they never imagined that the side-by-side duplex would play a pivotal role in setting a legal precedent.

All the two couples knew at the time was that they wanted a “forever home.” Combining their resources, the hopeful homeowners scraped together enough money to bid for a dilapidated duplex in East Vancouver.

“We’re offering significantly less than you ask for your home, not out of disrespect, but because we can afford it,” the four friends wrote in a letter to the seller. “Your home in the only home we’ve seen where (ownership) could really be possible.”

Cynthia Brooke and Shaira Holman are the sole remaining property owners after their respective wives died in 2007 and 2009. They are no longer linked by friendship, but the terms of the joint mortgage mean they have every interest in each other’s property. Only Holman wants to sell the entire duplex, now worth an estimated $3.29 million.

The BC Supreme Court has rejected an injunction to force the sale of both lots, in a landmark ruling supporting the housing rights of people who are queer, disabled or financially marginalized.

“Given the relentless rise in Vancouver property prices, it’s unlikely that (Brooke) would be able to find a comparable home…even with the sale proceeds,” concluded Justice Crerar. “Her home is an idiosyncratically comforting home. … its location in a particularly gay-friendly neighborhood and proximity to its long-term caregivers.”

In cases under the Housing Act, a forced sale is almost always decided in order to increase the profit from an investment. In this case, the judge holds that while a person has the right to realize his investment, he has no right to maximize it at the expense of others.

“When I bought my house more than 20 years ago, I wasn’t making a financial investment, I was investing in the security of a home in the city and community that I love,” Brooke told CTV News by email, between an MRI and scheduled surgery. “That certainty has been shaken.”

After being seriously injured while working as a dock worker in 2008, Brooke contracted a virus that left her chronically ill, and seven years later, she retired medically. The legal process has exhausted her savings, not to mention her health.

“Chronic stress is pretty powerful. It affects our ability to sleep,” explains Brooke’s partner, River Tucker. “To spend so much money and then not know if we can really finish the process, even though we’ve won the case now.”

Brooke and Tucker have lost $100,000 – and that’s after their attorney worked for the couple pro bono. To help them make up for the lost money and complete the legal process, a group of their friends decided to organize an online fundraiser on the GoFundMe website. In three weeks, the campaign has raised $27,000, including a $1,000 donation from their attorney.

“There was a real willingness for people to come together and say, ‘yes, I can help,’ despite the realities of the challenges of the past two years,” said Anna Camilleri, one of eight people leading the fundraising campaign. . They wrote biographies for both Brooke and Tucker, which clearly state how much the couple has supported and given back to others.

“The queer community has such a long history of mutual aid, we’re used to jumping in when someone needs help and organizing for people,” explains Tucker, a German expatriate who founded Queer Box Camp Vancouver ten years ago.

“A historical example that comes to mind is the AIDS crisis when many lesbians cared for gay men. Cynthia was one of them.”

The precedent set by this property struggle has the potential to benefit people outside of the intersecting communities of which Brooke is a part.

“There is an opportunity for other marginalized people to assert their rights to preserve the community,” said Brooke, highlighting the example of Hogan’s Alley. “Black people are still feeling the devastation of the loss of this neighborhood and are actively working to re-establish a meaningful community in the area.”

The duplex decision includes an order that Holman and Brooke divide the two lots through a legally approved party wall agreement, then take their interest in each other’s property. Holman has appealed the ruling.

“We just want to focus on the good that came out of this. Setting a precedent for two rights feels very, very exciting,” Tucker said. “It gives us all a little bit of common sense that, you’re going through this, you have to go through all this, but something good will come out of this.”