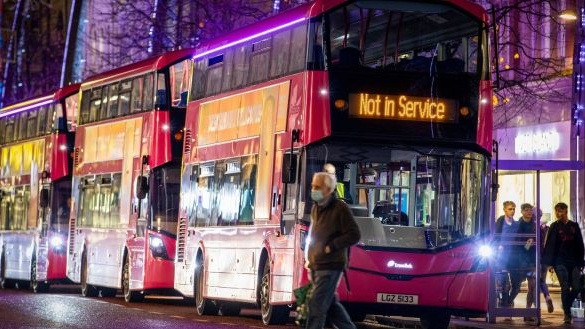 Public transport fares will be frozen in Northern Ireland, due to the spiraling cost of living.

Infrastructure Minister Nichola Mallon has announced that fares on public transport in Northern Ireland will be frozen, amid concerns about growing pressures on households.

She said that she hoped that the move would help reduce the impact of inflation on families.

In a statement, Ms Mallon said: “As Minister for Infrastructure, I have taken the decision to freeze fares on our public transport network at this time to ensure that our citizens who rely on public transport will not face additional pressures on their cost of travel especially when citizens and families are facing the challenges of the cost living crisis, with food, fuel and energy prices climbing.

“I hope this decision will go some way towards alleviating the problems many are facing at this challenging time.

“As leaders we absolutely must do all in our power to help our communities and particularly through the current living cost crisis.

“Public transport will not add pressures to those spiraling costs for people on my watch.

“That said, I also hope that this measure may also encourage more people to use public transport as we make Northern Ireland a sustainable place to live, work and socialise.”