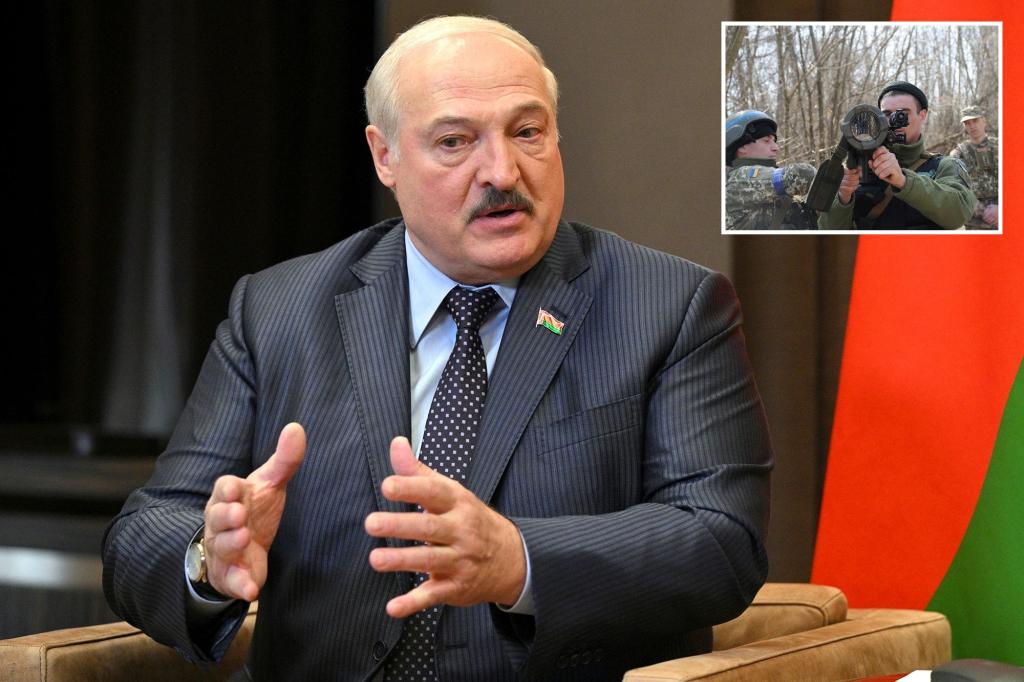 “Belarus calls on the countries of the world to unite and prevent the regional conflict in Europe from escalating into a full-scale world war!” he wrote, according to Newsweek reporting.

A broad coalition of nations, led by the US and the UK, has sent billions of dollars worth of weapons and ammunition to Ukraine to help the country fend off Russia’s unprovoked invasion, while imposing crippling sanctions on Putin and his followers. cronies.

Belarus said in March that its armed forces did not participate in what Moscow calls its “special operation” in Ukraine, but it did serve as a launch pad for Russia to send thousands of troops across the border on Feb. 24.

In a letter to Guterres, Lukashenko claimed that his people have “never been a threat to their neighbors,” and accused other nations of falsely defaming Belarus, The Daily Beast reported.

“We are not aggressors, as some states try to imagine,” he argued. “We are not traitors. “Honesty and integrity in relationships are important to us.”

Lukashenko and Putin have remained exceptionally close throughout the three-month conflict. At a televised meeting of the two allies in the Black Sea resort of Sochi, the Belarusian president defended his Russian counterpart, arguing that Putin was not responsible for the global economic chaos unleashed by the war.

“What’s happening there is that they really underestimated it by reading their own media,” Lukashenko said, referring to Western countries. “They have inflation, but the truth is ‘Putin is to blame,’ ‘Putin is to blame for everything.'”

In his letter to the UN chief, Lukashenko, who has ruled the de facto dictator in Belarus since 1994, he continued with that theme, painting Russia as the real victim.

“The unwillingness of Western countries to work to strengthen united and indivisible security, their disrespect for legitimate interests and disregard for the concerns of other partners, especially Russia, first resulted in trade, economic and information wars and then a heated conflict on the territory of Ukraine,” he claimed.

Lukashenko urged the West to “abstain from arms transfers, information warfare and provocation, inflating hate speech in the media, promoting racism and discrimination based on national, cultural, linguistic and religious affiliation, from legalizing and sending mercenaries.”