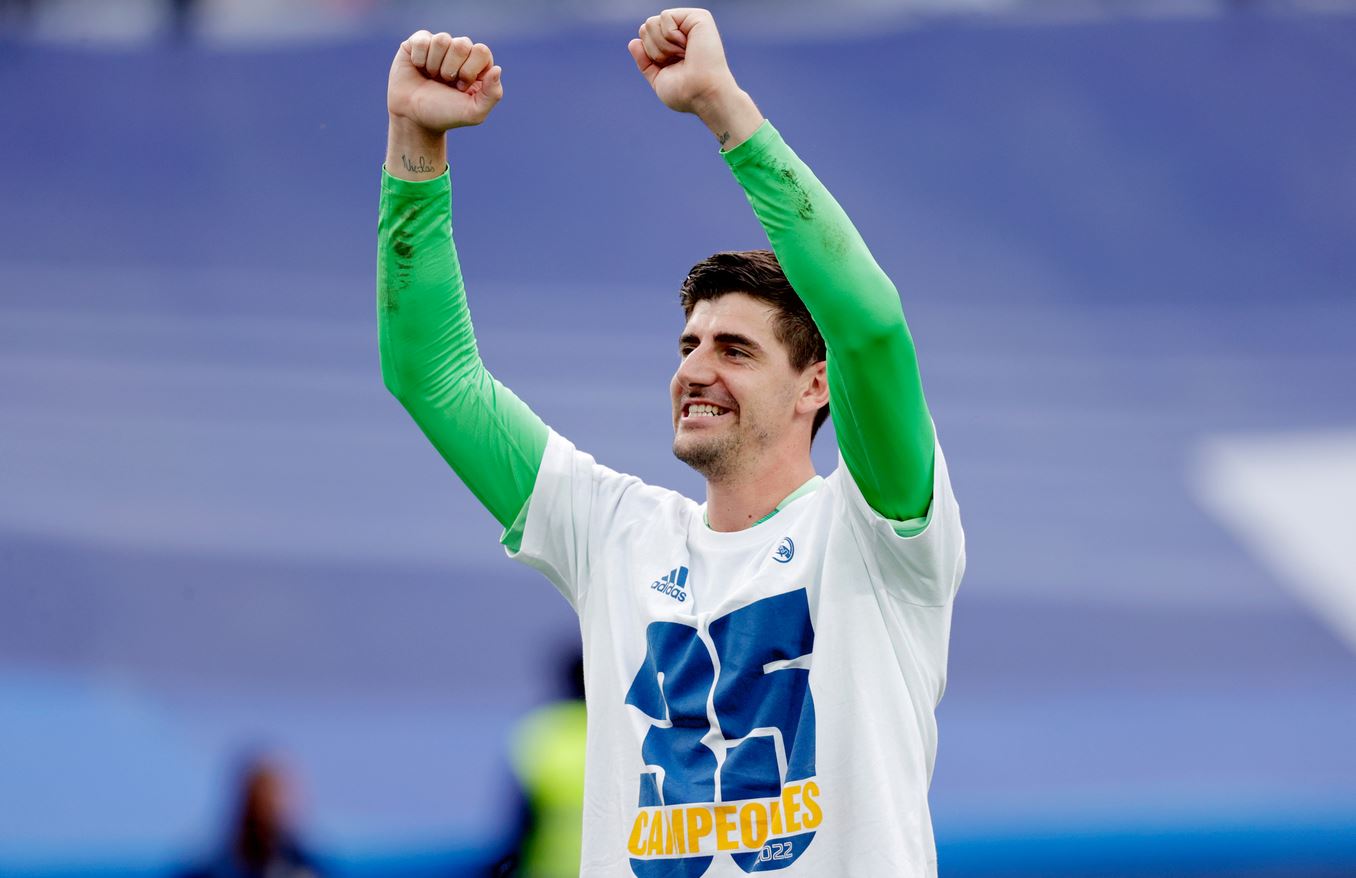 Thibaut Courtois, the Belgian goalkeeper of Real Madrid, celebrated yesterday with his “Royal” teammates the 35th title of the Spanish League “La Liga” in the history of the club to consolidate his throne in the local league, which is also one of the most prominent is in the major European leagues.

Courtois took advantage of the pivotal moment of the season and made sarcastic statements to the Barcelona players in his comments on winning the competition. And the newspaper “Marca” reported that Courtois said that “after winning the Clasico, some celebrated as if they had won the league title.” He stressed: “The obvious fact today is that we are the champions of the league, not them.”

Courtois said Barcelona players winning a clean four at Real Madrid in the last Clásico in the second leg of the competition was “a title” for the Catalan club, which will end the current season without any championship after parting ways. of all competitions, Real won the Super and League title and the cup title returned to Real Betis, while Barcelona also lost the chance of winning the Europa League.

Barcelona’s players celebrated loudly and frantically after their win over Madrid with a clean four, in a match that left Real Madrid’s players and fans bitter, but after that match Real took successive victories that secured the league title, on the other hand, Barcelona suffered defeats, some historically and domestically from teams. Like Cadiz, he managed to secure a place in the Champions League to some extent next season.