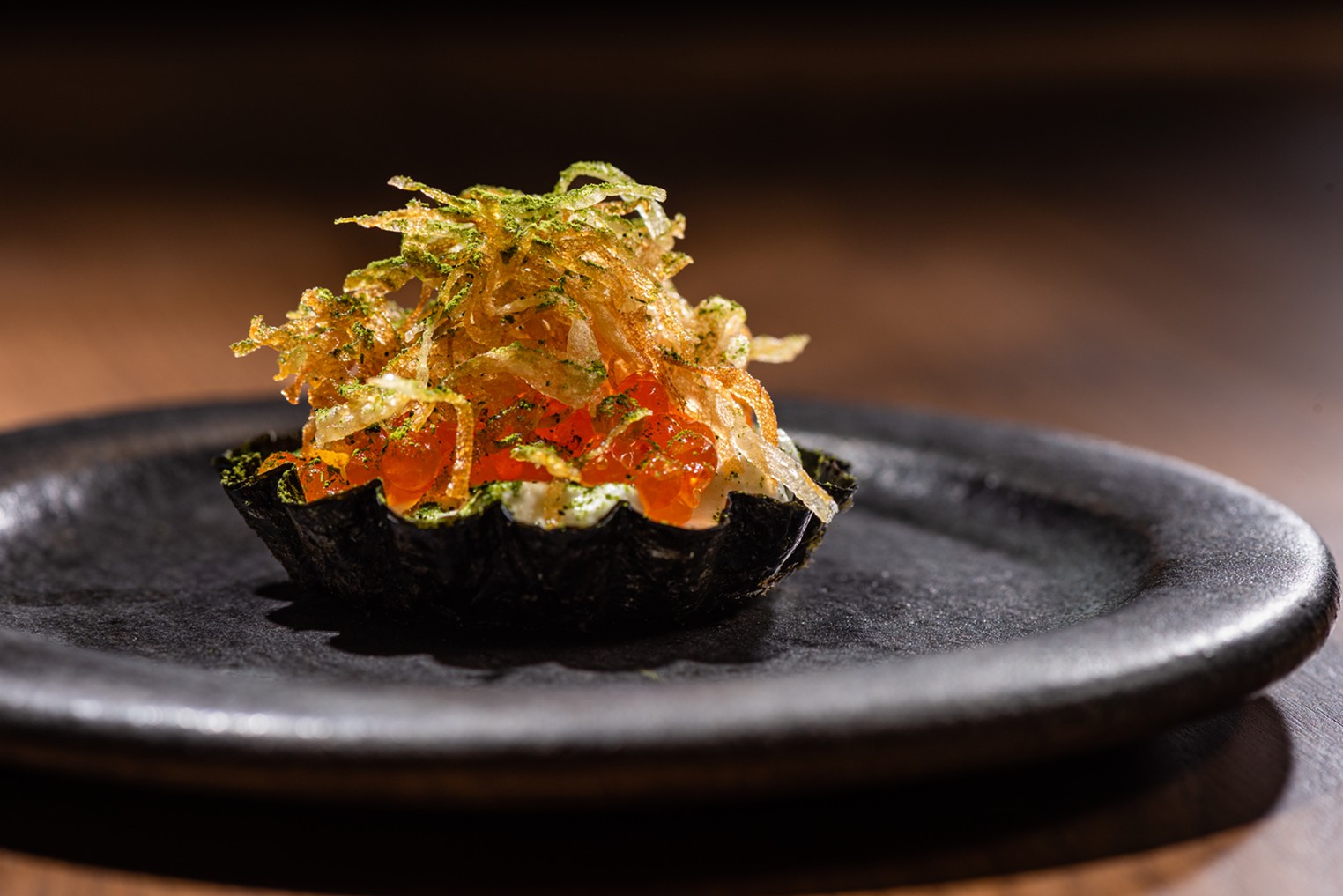 The trend toward restaurants offering only expensive omakase and prix-fixe menus in Miami and elsewhere is not slowing down, despite rising inflation and a looming recession. The more complex the plating and the more complicated the drink combinations, the more we are for it, it seems.

Chef-owner Michael Bolen discovered this when he opened the Lion & the Rambler tasting menu in Coral Gables in mid-June. His ever-changing nine-course meal cost $120 — quite affordable at $13 a plate — and wine/sake pairings were priced at $55. Dishes included trout roe with crème frache and nori; boniato with orange and macadamia; and a New York strip with charred onion and watercress. For dessert, a throwback Twinkie was reinvented with sesame amazake.

But after just a week of use, the feedback was mixed. On the one hand, he says, “It was phenomenal. People came here one night and came back the next. They said it was the best they’ve had since. [Grant Achatz’s Chicago-based] Paragraph.”

On the other hand, Bolen lives about a mile from the restaurant, so he’s pretty well enmeshed in the community. “I was talking to my neighbors, and they said a lot about gas prices, rent, even a liter of milk is insane. They can’t come in on a Tuesday and spend two hours on a tasting menu.”

Another problem, he notes, was managing expectations. Because he had taken over the space that Minced meat champion Giorgio Rapicavoli’s Eethuis, guests expected something creative and unique. Bolen, who received most of his culinary training at Sel de la Terre and L’Espalier in Boston (both have since closed) and, most recently, at Mister A’s in San Diego, could certainly deliver on that.

But Eating House was a neighborhood restaurant. And Lion & the Rambler had that “special occasion” connotation. “People wanted us to be more accessible,” he says.

Plus, the restaurant is eccentric and laid-back, with hand-painted lion frescoes by Canadian muralist Derkz, plates made by independent ceramists and French cutlery. But it’s moody too, with dark polished woods and mood lighting. Plus, it has 42 table seats as opposed to the 10 or 12 counter spaces that many tasting rooms have.

To rub salt in the wound, the hyper-seasonal restaurant would have had to open six months ago, when the South Florida bounty was at its peak. Now it’s tropical fruit season and it will be about a month before local farmers even think about starting their first vegetable seeds. So the dishes he was testing then had to be reworked to accommodate what was available, or he could import from elsewhere.

Of course, he notes, “food costs have been heavy.” And he faces the same labor problems as everyone else in the industry. “Our employees – everyone is doing their best,” he says. “We’ve found great, great people from other chefs/restaurateurs who have recommended us. But we could always use more.”

Lion & the Rambler is a sleek, eclectic neighborhood spot in Coral Gables.

It’s not easy to give up on a dream. But it took Bolen only seven days to realize he had made a small mistake.

He’s not one to give up either, period. “I thought, how can I take what we do with the passion and love we have into something simpler?” he asks.

The answer: In addition to a nightly tasting menu now reduced to six courses, Bolen offers a la carte menu items with tasting menu favorites in larger portions and new items so the restaurant can be what the neighborhood desires. Newly made dishes, launched last week, include spiced lamb ribs, golden tilefish with white asparagus, foie gras torchon with oats and pickled peach, and crispy sweet potato with aioli and pickled red onion.

The aesthetics from the start remain, as does the complexity behind the dishes. For example, Bolen uses house-ground flour for bread service and makes his own koji (a Japanese fermentation starter). He also ferments his own kombucha, which guests can still enjoy today, along with low-proof, rare, and imported spirits, including beer, sake, and wine.

“Ultimately, this restaurant isn’t about me,” says Bolen. “It’s about the community, and it’s about the people I work with. If it means changing the concept to make it comfortable for people to enter the space, that’s fine. We stay true to ourselves , but take it more in the way of everyday life.”

In reality, the San Diego native just proved that he was flexible and egoless—two character elements that are both rare and welcome in today’s hospitality environment. All the more reason to wander to Lion & The Rambler, despite the gas prices.