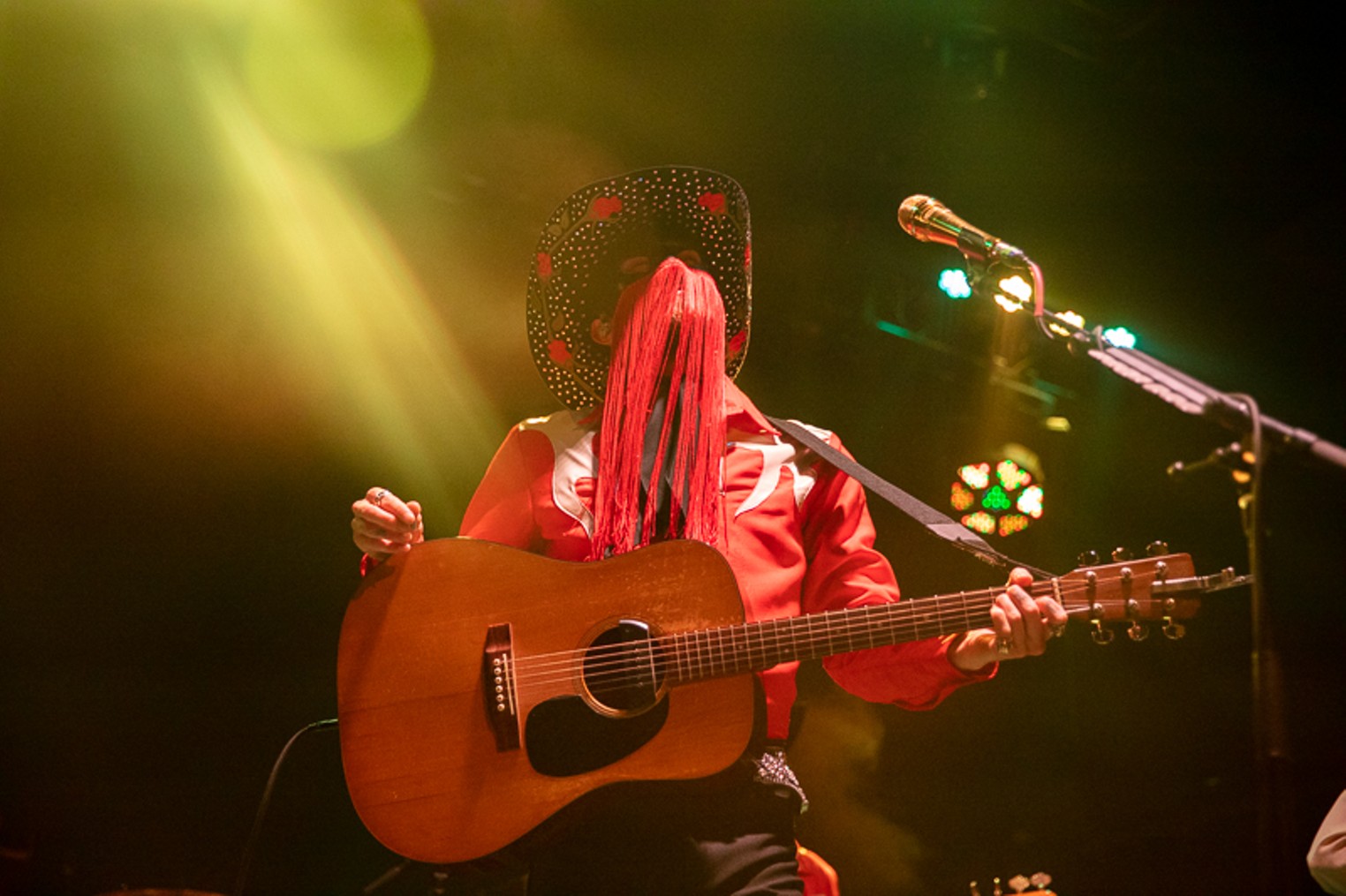 It all started with a small wave and a simple statement of, “Hello. I’m Orville Peck.” A black Lone Ranger mask with five feet of red fringe dangled down to hide the showman’s true identity. The big ivory American classical Gretsch guitar hung around his neck as the band kicked off in “Daytona Sand” – just one of the standout tracks from this year’s album, bronco†

The Tuesday night show at White Oak Music Hall had been sold out since the second half of March by fans obsessed with the mysterious figure and his music. Peck has become hugely popular and has captured a cult-like following. A big gain in traction can be attributed to the fact that “Dead of Night” is the soundtrack to Cassie and Nate’s first escapades of risky behavior in the second season of HBO’s gritty drama Euphoria† The room was filled with fans dressed in every kind of gaudy western attire you could imagine, from pink stetsons to neon cactus printed shirts with pearls. 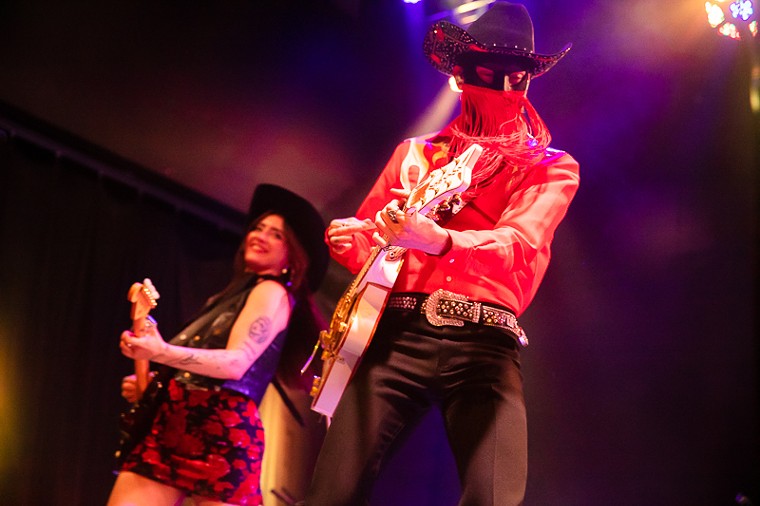 The acoustics were close to perfect all night, except for a couple of times when the feedback from the mic beeped. The band played tight versions of “Turn to Hate” and “C’mon Baby Cry” as Peck’s baritone voice channeled Roy Orbison. When he’s not strumming the guitar, his hand is in the air, pointing at the audience or his fingers spread wide to catch every glimmer of stage light. His flexibility could be seen as he folded into a back bend perpendicular to the floor while his guitar pointed straight up at the sky. Simply put, the guy has more flair than Jennifer Aniston when she worked at Chotchkie’s.

After “Any Turn”, the fast song with fast lyrics, Peck handed out a few roses to fans who knew all the words and sang along to the song. Later he gave a rose to someone with a nice outfit. And then another rose was passed all the way back to the lady with the biggest hat in the room. The solid pink hat matched her smile as other fans lit her up with their cell phones so the band could get a closer look. It should also be noted that she generously watched the show from the back of the room so as not to block the stage in front of many people. 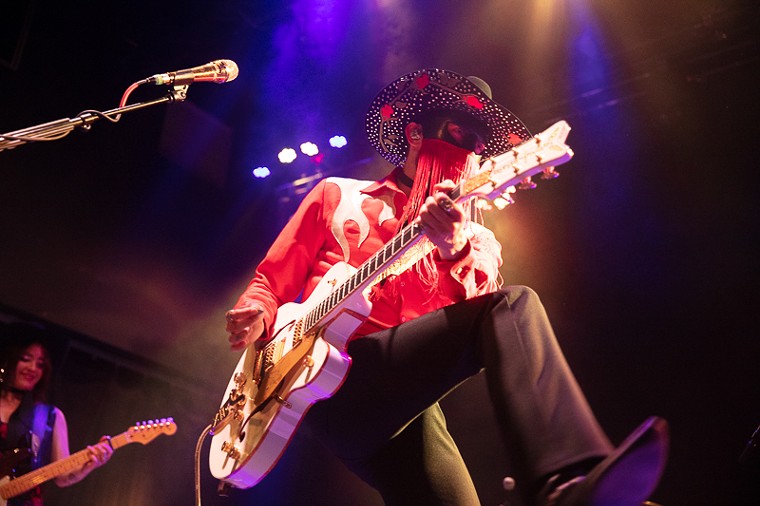 Peck’s self-described right-hand man, Bria Salmena, added to the crowd’s excitement as she began singing “All I Can Say” and performed the role of Shania Twain in the duet “Legends Never Die.” Other highlights included Peck playing the piano on “Drive Me, Crazy” and as much loved as he is by the LGBTQ community, it was no surprise to hear the roof blowing when the audience “See the boys as they walk on by” sang. This chorus from “Dead of Night” took the energy in the room to another level.

When Peck returned for the encore, he looked less like Roy Rogers and more like Wes Hightower, the villain from Urban Cowboy. In his form-fitting tank top, he called on everyone to join in on the final issue and promised that everyone would be card-carrying members of the Orville Peck gang. Legend has it that the group grew by a thousand people that night. Orville Peck should be a RodeoHouston Star Entertainer. If the rise in fame continues on the same path, it could happen much sooner than later. 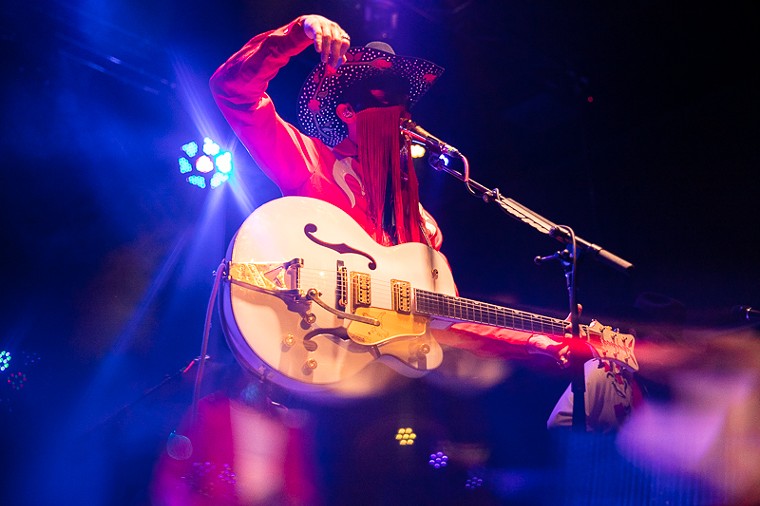 So how were the openers? Teddy and the Rough Riders prepared the crowd perfectly for Peck. The honky-tonkers would have been a perfect band to play the old Armadillo Ballroom at CR521 in Brazoria, Texas.

Personal bias I’m waiting for the day when Orville Peck and Paul Cauthen reunite and tour as the Unjust Brothers.

Daytona Sand
Turn to hate
The curse of the blackened eye
lafayette
Come on baby, Cry Queen of the Rodeo
make me crazy
No Glory in the West
Out of time
every turn
all i can say
Hexie Mountains
To blush
Legends Never Die Kalahari Down
Death of the night
bronco
Take You Back (The Iron Hoof Cattle Call)