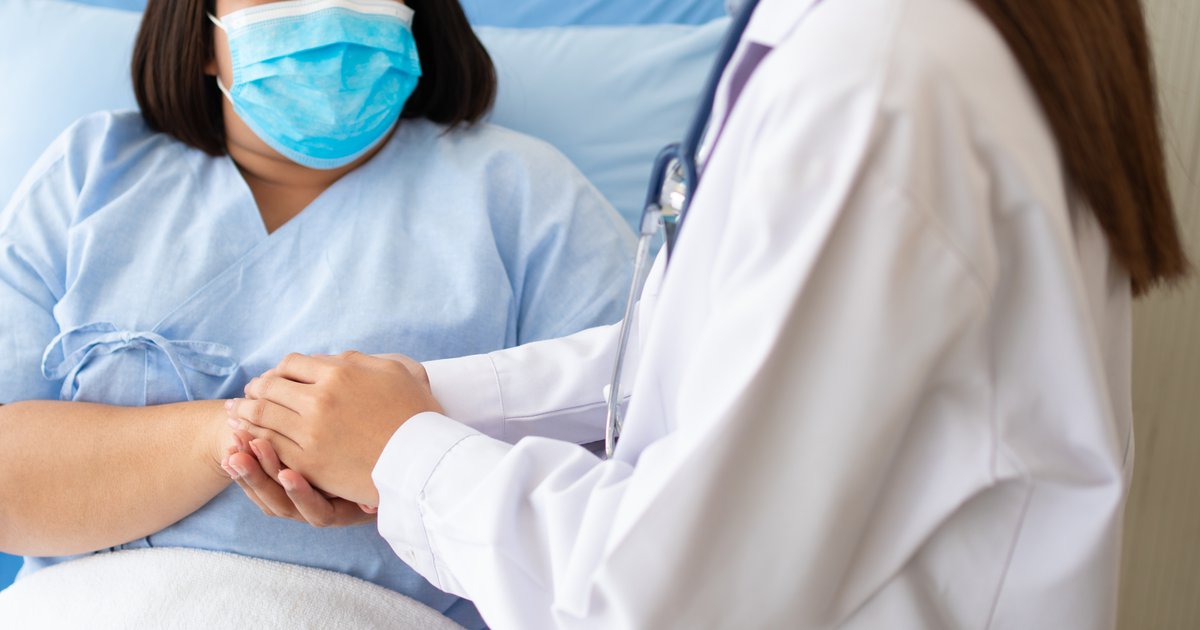 As the Supreme Court appears poised to return abortion laws to the states, recent experience in Texas illustrates that medical care for miscarriages and dangerous ectopic pregnancies would also be threatened if restrictions became more widespread.

A law passed in Texas last year lists several drugs as abortion-inducing drugs and largely prohibits their use for abortion after the seventh week of pregnancy. But two of those medications, misoprostol and mifepristone, are the only medications recommended in the American College of Obstetricians and Gynecologists’ guidelines for treating a patient after early pregnancy loss. The other miscarriage treatment is a procedure described as surgical hysterectomy to remove the pregnancy tissue – the same approach as for an abortion.

“The challenge is that treating an abortion and treating a miscarriage are exactly the same,” says Dr. Sarah Pragera professor of obstetrics and gynecology at the University of Washington in Seattle and an expert on early pregnancy loss.

Miscarriages occur in about 1 in 10 pregnancies. Some people experience pregnancy loss at home and need no additional care other than emotional support, said Dr. Tony Ogburn, chair of the OB-GYN division at the University of Texas-Rio Grande Valley School of Medicine. But in other situations, he said, health care providers may need to intervene to stop the bleeding and ensure that no pregnancy tissue remains, as protection against infection.

dr. Lauren Thaxton, an OB-GYN and assistant professor at the Dell Medical School at the University of Texas-Austin, has already heard about local patients who have miscarried and couldn’t get a pharmacy to fill their misoprostol prescription. “The pharmacy has said, ‘We don’t know whether or not you might be using this drug for abortion,'” she said.†

Thaxton, who oversees the obstetrics-gynecology assistants who have seen these patients, said the prescribing clinic sometimes intervenes, but it takes longer for the patient to get the medication. Other times, patients don’t report the problem and have a miscarriage, she said, but without medication, they risk additional bleeding.

Under another new Texas abortion law, anyone who “helps or encourages” an abortion after heart activity is detected, usually around six weeks, could be subject to a fine of at least $10,000 per event. Anyone can file that civil suit, posing a dilemma for doctors and other health care providers. How do they follow the latest guidelines when other people — from medical professionals to friends and family members — may question their intentions: help care for a miscarriage or facilitate an abortion?

Sometimes patients don’t realize they’ve lost the pregnancy until they come for a checkup and no heart activity can be detected, said Dr. Emily Briggs, a primary care physician who delivers babies in New Braunfels, Texas. At that point, the patient may choose to wait for the bleeding to begin and for the pregnancy tissue to be released naturally, Briggs said. For some, that’s too difficult, given the emotions surrounding the pregnancy loss, she said. Instead, the patient can choose medication or a surgical evacuation procedure, which Briggs says may be necessary anyway to prevent a patient from becoming septic if some of the tissue remains in the uterus.

But now in Texas, the new laws are creating uncertainties that may prevent some doctors and other providers from offering optimal miscarriage treatment.

These situations can create significant morale problems for patients and health care providers, said Bryn Esplin, a bioethicist and assistant professor of medical education at the University of North Texas Health Science Center in Fort Worth. “Any act that makes doctors reluctant to maintain the standard of care for a patient has a cascade of adverse effects, both for the patient and for everyone else,” Esplin said.

It is an emotional and legal dilemma that not only midwives and midwives can face, but also general practitioners, emergency medicine physicians, pharmacists and anyone who may become involved in maternity care. And Ogburn, who noted he spoke in person and not in front of medical school, worries that fears of Texas laws have already slowed care.

“I wouldn’t say this applies to our practice,” he said. “But I’ve certainly heard a discussion among doctors that they’re very reluctant to do any kind of intervention until they’re absolutely certain that this is impossibly a viable pregnancy — although the amount of bleeding warrants intervention because it poses a threat to the pregnancy.” life of the mother.”

Texas Right to Life legislative director John Seago described this kind of hesitation as “a terrible misunderstanding of the law.” Even before the passing of the two laws, existing Texas law stated that the act is not an abortion when it comes to treating an ectopic pregnancy — which usually occurs when the pregnancy grows into the fallopian tube — or to “remove a dead person, unborn child whose death was caused by spontaneous abortion,” he said, pointing to the law. Another area of ​​Texas law Seago cited provides an exception to the state’s abortion restrictions if the mother’s life is in danger or if she is at “serious risk of substantial impairment of significant bodily function” unless an abortion is performed.

“It’s a pro-life stance to empower doctors to make those life-or-death decisions,” Seago said. “And that could mean in certain circumstances that the mother is protected in this situation and the child dies.”

But interpretation of the laws still poses challenges for healthcare. At least several OB-GYNs in the Austin area received a letter from a pharmacy in late 2021 stating that the drug methotrexate would no longer be used in the event of an ectopic pregnancy, citing recent Texas laws, said Dr. Charlie Brown, an Austin obstetrician-gynecologist who provided a copy to KHN. Methotrexate is also mentioned in the Texas law passed last year.

Ectopic pregnancy develops in an estimated 2% of reported pregnancies. Methotrexate or surgery are the only two options listed in medical guidelines to prevent the fallopian tubes from rupturing and causing dangerous bleeding.

“Exectopic pregnancies can kill people,” said Brown, a district president of the American College of Obstetricians and Gynecologists, who represents Texas.

Tom Mayo, a law professor at Southern Methodist University’s Dedman School of Law in Dallas, understands why some in the Texas pharmacy community may be nervous. “The penalties are pretty draconian,” he said, pointing out that someone can be convicted of a crime.

However, Mayo said his reading of the law allows the use of methotrexate to treat an ectopic pregnancy. In addition, he said, other laws in Texas and the Roe v. Wade decision provide an exception to allow abortion if a pregnant person’s life is in danger.

Since Texas laws include a stipulation that there must be an intent to induce an abortion, Mayo said he would advise doctors and other clinicians to carefully document the rationale for medical care, whether it be the treatment of a miscarriage or an ectopic pregnancy.

But Prager believes the laws in Texas — and perhaps soon elsewhere — could increase doctors’ vulnerability to lawsuits for medical malpractice. Think of the patient whose miscarriage care has been delayed and develops a serious infection and other complications, Prager said. “And they decide to sue for malpractice,” she said. “They absolutely can.”

Texas providers are still adapting to other ripple effects that impact patient care. dr. Jennifer Liedtke, a family physician in Sweetwater, Texas, who delivers about 175 babies each year, no longer sends misoprostol prescriptions to the local Walmart. Since the new laws came into effect, Liedtke said, the pharmacist has refused to dispense the medication a handful of times, citing the new law — despite Liedtke writing the prescription to treat a miscarriage. Walmart officials have not responded to multiple requests for comment.

Since pharmacists rotate through that Walmart, Liedtke decided to send those prescriptions to other pharmacies instead of trying to clear up the misunderstanding every time.

“It’s hard to get into a relationship to say, ‘Hey look, I’m not using this for an elective abortion,'” she said. “‘I’m just using this because this isn’t a viable pregnancy.'”

KHN (Kaiser Health News) is a national newsroom that produces in-depth journalism on health issues. Together with Policy Analysis and Polling, KHN is one of the three major operational programs of KFF (Kaiser Family Foundation). KFF is an endowed non-profit organization that provides information on health issues to the nation.