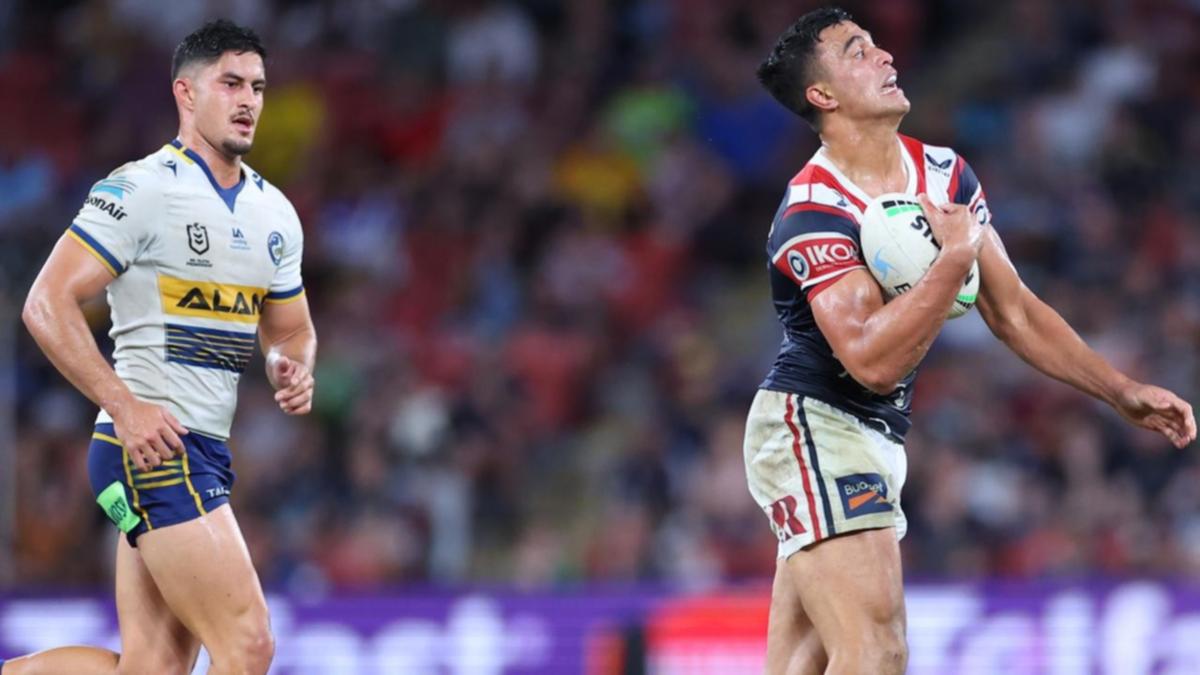 The Sydney Roosters have braved a Mitchell Moses inspired battle from Parramatta, starring Joseph Suaalii in their 31-24 NRL Magic Round win.

Victor Radley (ankle) was a victim of the win, which came after an inspired comeback from Eels led by Moses just when the result looked safe.

The Roosters’ success saw both sides finish 10 rounds with 6-4 records, as the battle for a top four place intensified.

The Eels, who defeated ladder leader Penrith last week, were unable to convert their mass possession late in the first half.

Sam Walker’s field goal and Suaalii’s effort on either side of half-time seemingly finished the game, until the Roosters’ 19-point margin was narrowed to seven in just three minutes.

Moses put Isaiah Papali’i through a gap on his second try, then produced a magical football attempt down the right wing to cross in a brilliant solo performance.

Ryan Matterson then stepped through four tacklers to score under the posts and make it a one-point game with 20 minutes left.

But Suaalii literally resurfaced and flew high to collect an AFL-esque sign of Luke Keary’s bomb and score his fifth try in three games.

A penalty then gave the Roosters a seven-point buffer that they held on tight for the final five minutes.

Previously, Radley’s ankle felt the weight of a tackler, the lock limped off and was scheduled for scans for fear of a syndesmosis injury that could sideline him for at least a month.

It again dashes its hopes of a State of Origin debut, after those ambitions were derailed by a suspension last year.

And it’s also a blow to the Roosters leading up to a date with the top of the ladder Penrith on Saturday.

His absence was not felt heavily in the first half, with Sam Walker’s trap play centered in the Roosters’ carve-up.

His second was just as powerful, collecting his own kick to the back, exposing their numerical advantage with Tom Opacic sinning for a professional foul.