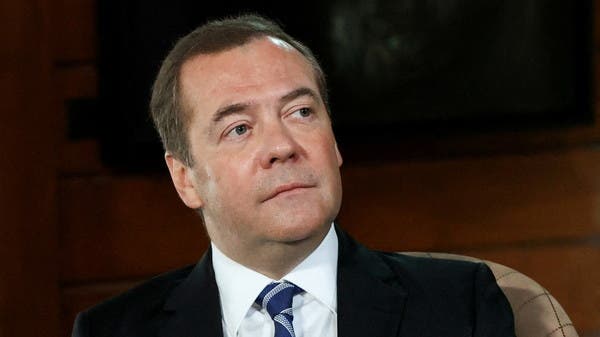 One of President Vladimir Putin’s closest allies warned the West on Thursday that the increasing military support the United States and its allies are giving Ukraine would risk sparking conflict between Russia and NATO’s military alliance.

Former President Dmitry Medvedev, now deputy chairman of the Russian Security Council, said such a conflict with NATO always carries the risk of escalating into a full-blown nuclear war.

The Russian invasion of Ukraine on February 24 killed thousands, destroyed much of the former Soviet neighbor and raised fears of the most serious confrontation between Russia and the United States since the Cuban Missile Crisis of 1962.

“NATO countries pumping weapons into Ukraine, training troops to use Western equipment, sending mercenaries and exercises of Allied countries near our borders increase the likelihood of direct and open conflict between NATO and Russia,” Medvedev said in a statement. a Telegram post.

“Such a conflict always has the risk of turning into a full-fledged nuclear war,” Medvedev said. “This is going to be a disastrous scenario for everyone.”

Putin says the “special military operation” in Ukraine is needed because the United States used Ukraine to threaten Russia and Moscow had to defend itself against the persecution of Russian-speaking people.

Putin, who says Ukraine and Russia are essentially one people, is portraying the war as an inevitable confrontation with the United States, which he accuses of threatening Russia by interfering in his backyard through NATO’s eastern expansion.

Ukraine says it is fighting imperial-style land grabs and Putin’s claims of genocide are nonsense. Kiev says Putin’s invasion has only reinforced the Ukrainian people’s desire to turn west from Russia’s orbit.

Pro-Russian authorities in Kherson, Ukraine say they will push for annexation