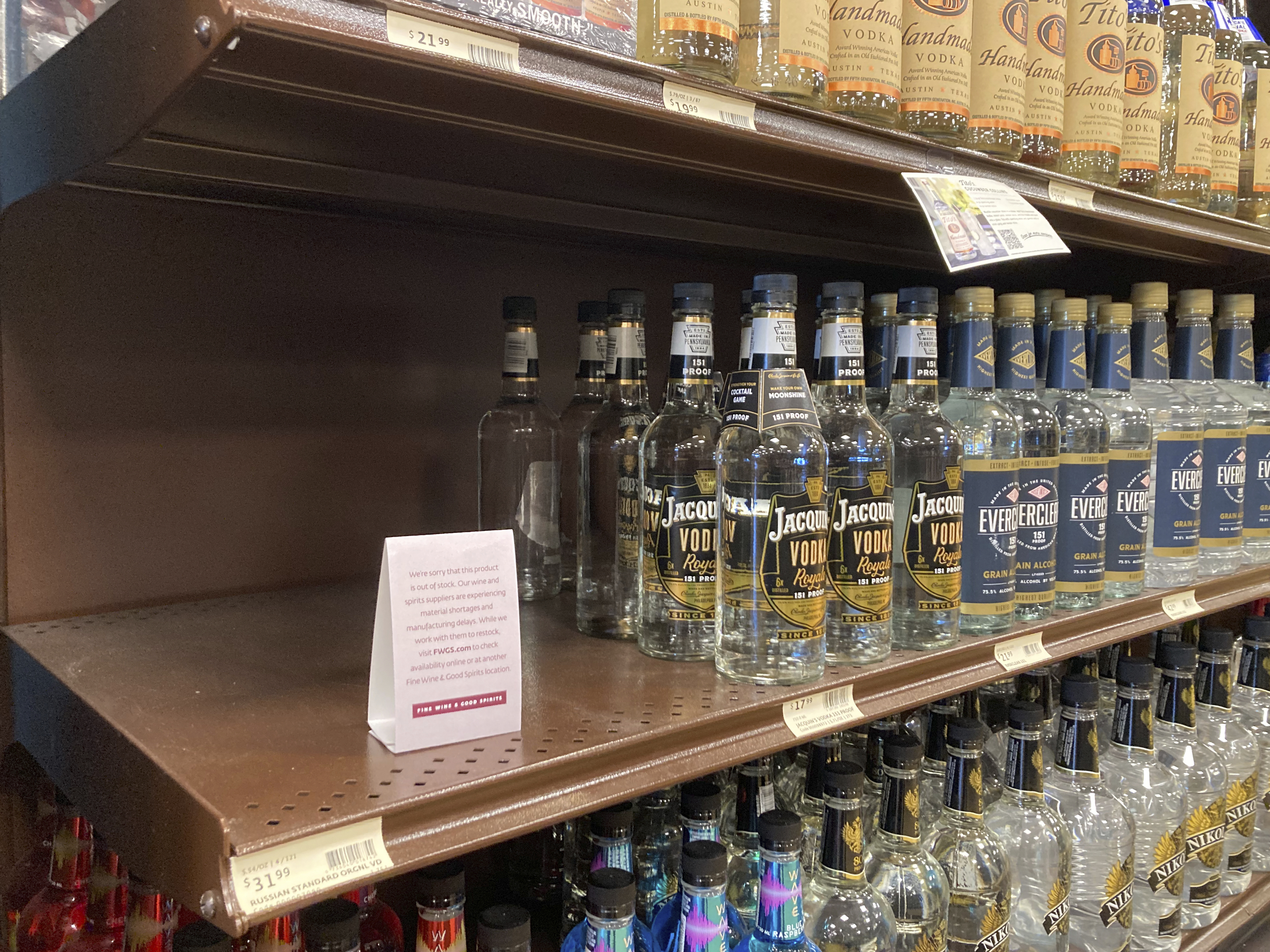 European countries and supermarket chains have started banning Russian vodka to show their distaste for Vladimir Putin’s invasion of Ukraine.

The government-controlled alcohol monopolies in Finland and Sweden were the first to ban liquor sourced from Russia on Monday, followed by the authorities in Norway on Tuesday.

Major supermarket brands across the three Baltic states — including Top! and Elvi in ​​Latvia, Coop and Rimi in Estonia, and Norfa and Maxima in Lithuania — also banned Russian vodka and went one step further, banning all goods originating from Russia.

One historic liquor shop in Rome, Bernabei, has suspended all sales of Russian-made liquor despite claiming these represent 25 percent of its revenue. In the UK, bar chain owner Nightcap announced it will also boycott Russian liquor.

But European consumers of the iconic Russian — which in the time of Ivan the Terrible made up a third of the country’s entire revenue — these days drink vodka produced in other places. Russian brands account for just 3 percent of all vodka consumption in Europe, according to market analysis firm IWSR.

“Boycotts of Russian vodka brands will have a fairly minimal impact on Russian vodka producers,” said IWSR COO Emily Neill. “Therefore any significant impact is more likely to be symbolic.”

The UK, Germany and Latvia are the biggest importers of Russian vodka globally — totalling a combined $50.2 million — a number that pales in comparison to the €6.8 billion worth of vodka consumed in total by EU citizens in 2020.

Besides, Russia can no longer claim a monopoly over vodka. European countries such as Poland, Sweden and Finland legally protect their vodka production with geographical indicators.

Many top vodka brands, including Smirnoff and Żubrówka, are also entirely produced outside of Russia. In 2020, Sweden and France were the biggest exporters of vodka, while Russia’s exports of the drink accounted for just 8.3 percent of the global total.

“What not enough people know is that the EU has a very rich tradition of vodka production,” said a spokesperson for spirits EUROPE, which represents 11 major spirits companies across 24 EU states.

“I think is very important to stress the fact that all vodka is by definition not Russian.”

The move by European countries follows governors from 10 US states restricting sales of Russian-made and Russian-branded vodkas in the past week.

POLITICO contacted the British and German governments, where Russian-made vodka is the most popular, to ask if they also had plans to ban the drink, but did not receive a response.