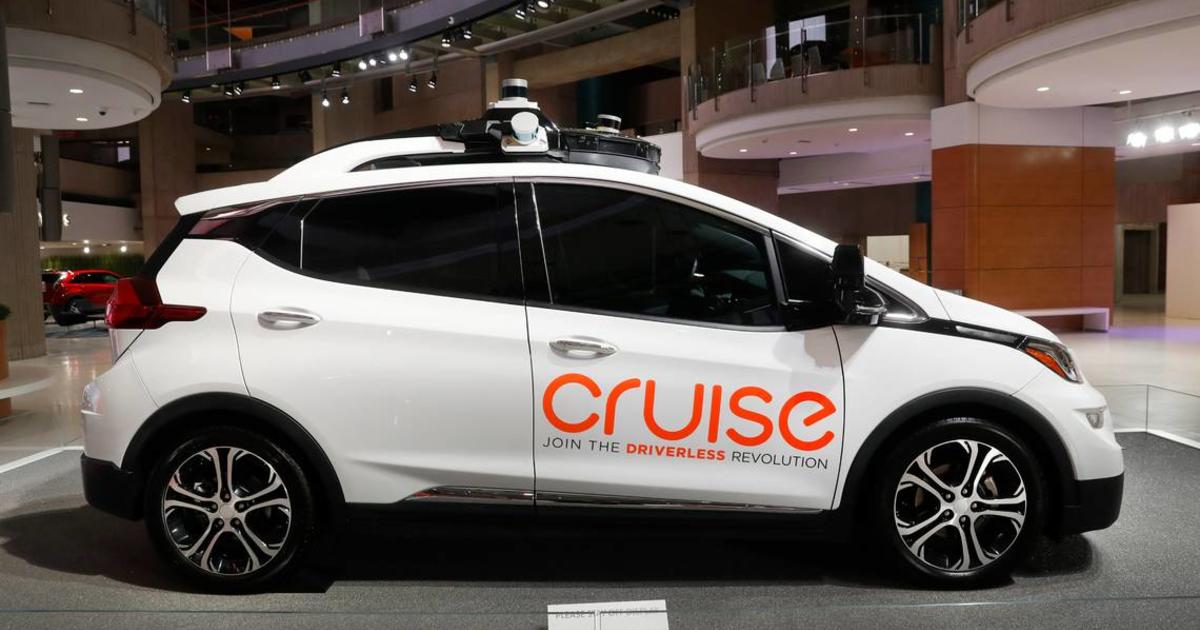 SAN FRANCISCO — GM’s self-driving car subsidiary Cruise said earlier this year it plans to add as many as 5,000 additional robotaxis to U.S. streets, including in San Francisco, where it currently has a fleet of fewer than 100 cars. But the city says the robotaxis is already becoming a self-driving nightmare at times and warns that a much larger fleet could worsen safety and traffic.

The San Francisco-based Cruise began offering ride-hailing service from 10 p.m. to 5:30 a.m. in the city earlier this year for a fee. The model is similar to Uber and Lyft, but relies on driverless Chevrolet Bolts that maneuver with AI-powered software and sensors. Cruise sought approval for a new vehicle that could massively expand the size of its San Francisco-based fleet — up to 50 times its size — as it aims to hit $1 billion in revenue by 2025.

San Francisco has concerns ranging from general traffic to dangerous situations that have already occurred, the city said in a 36-page response, filed last week as part of a request for public comment from the National Highway Traffic Safety Administration (or NHTSA). in response to GM’s request to be exempt from some federal safety standards for its new self-driving vehicle, known as the Cruise Origin.

Unlike its existing Chevrolet Bolts, the Origin has no human controls like a steering wheel and pedals. Cruise requires an exemption from the National Highway Traffic Safety Administration’s vehicle safety standards, which are designed for an age of human drivers.

The city said it was “disappointed” by the petition, which “generally assumes, rather than making a strong and compelling argument, that GM’s autonomous technology will improve transportation system safety.”

The first concern, traffic, isn’t just the wave of new cars that GM wants to put on the city streets. For example, those self-driving cars, which have no steering wheel or pedals for a human driver, are likely to drive as well.

San Francisco says that when GM began deploying its fleet of self-driving Chevrolet Bolts on city streets, 911 calls started to increase. In late May 2022, city officials noticed an increase in calls related to cruise vehicles. City police officers noticed disabled autonomous vehicles blocking lanes. Emergency calls reported cruise vehicles driving erratically, signaling in one direction but in another, or parking themselves in front of transit vehicles.

And then the backups started.

“The most common complaint with 9-1-1″ [regarding Cruise vehicles] is about cruise AVs blocking lanes for extended periods, causing traffic congestion,” the city said. “In some cases, callers reported evasive maneuvers by others, such as driving on a sidewalk to get around the blockage.”

But it’s not just because one cruise vehicle stops in the middle of the road. It can be many, all at once.

Thirteen Cruise robot taxis stopped simultaneously in a major thoroughfare in June, the city said. In August, two more “large group incidents” were reported to San Francisco. Cruise declined to comment on the claims of “group incidents” involving his vehicles.

A full third of the 28 cruise vehicle distress calls placed between May 28 and September 5 “referred to multiple non-operational Cruise AVs and involved multiple lanes.” Although the city said it has no reliable data on the number of incidents, they could last for hours.

San Francisco officials have identified another 20 such incidents on social media, they said in the report.

A large fleet and extended opening hours “could quickly deplete emergency resources,” the city warned. Current Bolt robot axis have repeatedly blocked city streets, including a fire truck responding to a multi-alarm fire, the city claims. Cruise declined to comment on the incident.

When these cars stop in unexpected places, a human can take the wheel and drive them, restoring traffic flow. This won’t be the case with the Cruise Origin, however, which the city says could undermine public confidence in automated driving technology.

“The Origin is much bigger and heavier than the [Chevrolet Bolt] and has a very different shape. While the Origin’s size and shape offer clear advantages, it can also exacerbate the dangers,” the city wrote.

Part of the problem is that the Cruise Origin doesn’t have room for a human driver. A person can pull a stationary car to the side of the road.

Not so when it comes to the Origin, which lacks those basic controls for one person. A tow truck should come and collect the vehicle if it becomes disabled, the city understands.

“If our cars encounter a situation where they cannot safely continue driving, they turn on their hazard lights and we get them back to work or pick them up again as soon as possible. This could be due to a mechanical problem, such as a flat tyre, a road condition or a technical problem,” Cruise said in a statement.

When faced with a situation where they are unsure of the right move, cruise vehicles are essentially paralyzed by indecision, the city said.

“Cruise has informed us that when a Cruise AV is faced with conditions where it is unsure of the best response, it will ‘fall back’ to a ‘minimum risk condition’ from which it can only be moved by field personnel on the street,” San Francisco officials wrote.

And that is if San Francisco can reach someone at Cruise to move the disabled vehicle. In some cases, Cruise employees did not make it to a disabled vehicle within the expected time for collection, the city said.

In one case in August, the city claimed that an operator called Cruise four times in six minutes and that “none of these calls were picked up”. Cruise declined to comment on the incident.

“No human driver would be content to own or drive a vehicle that becomes immobilized at the apparent speeds that occur on the streets of San Francisco,” the city added.

It highlights a Cruise promotional video in which one of its robo-taxis stops in a lane to drop off CEO Kyle Vogt instead of driving past an open curb.

“We will continue to work closely with NHTSA through their assessment process to ensure the safe and responsible deployment of this technology,” Cruise spokeswoman Hannah Lindow said in a statement. “We are proud that the vast majority of public comments about the Cruise Origin have been positive, underscoring the vehicle’s durability and accessibility benefits and support for U.S. jobs.”

The petition’s comments included positive comments from some disability advocates, such as the National Federation of the Blind, and some private citizens who said they were disabled. There were also comments from technology advocacy groups, corporate groups, Cruise and GM, as well as one individual identifying himself as a Cruise lobbyist.

San Francisco said his comments do not support or oppose the granting of the petition. It described it as “excited” about the potential of automated driving to improve safety and looked forward to when it will prove to be safer than humans.

The National Association of City Transportation Officials, which represents 91 city transportation agencies, was more critical, suggesting that the NHTSA should not exempt GMs. It also opposed Ford getting a similar NHTSA waiver for robotic axis. Ford declined to comment on the criticism. The NHTSA has not yet made a decision on this exemption.

NACTO said the petitions do not show that the robot axis will serve the public interest. It warned that without regulations requiring wheelchair-accessible vehicles, “equitable services for people with disabilities will largely not be achieved”.

Both NACTO and San Francisco urged NHTSA to develop robotic axis performance standards. Currently there are none.

NHTSA declined to comment on a timeline for such standards or why it has not developed them.

“NHTSA will carefully examine each petition to ensure that safety is a priority and will consider the impact of each petition on equity, the environment and whether they are expanding access for people with disabilities. The NHTSA will publicly comment on consider the petitions in the decision-making process,” the agency said in a statement.

While San Francisco and NACTO were critical of the robot axis waivers, not all city governments were. Phoenix, which has partnered with Cruise on a supply partnership for Walmart goods, was much more enthusiastic in its comments on the waiver request.

Mayor Kate Gallego wrote that “we believe it is essential that this technology and the jobs and economic benefits remain here in the United States, benefiting American workers and communities.”