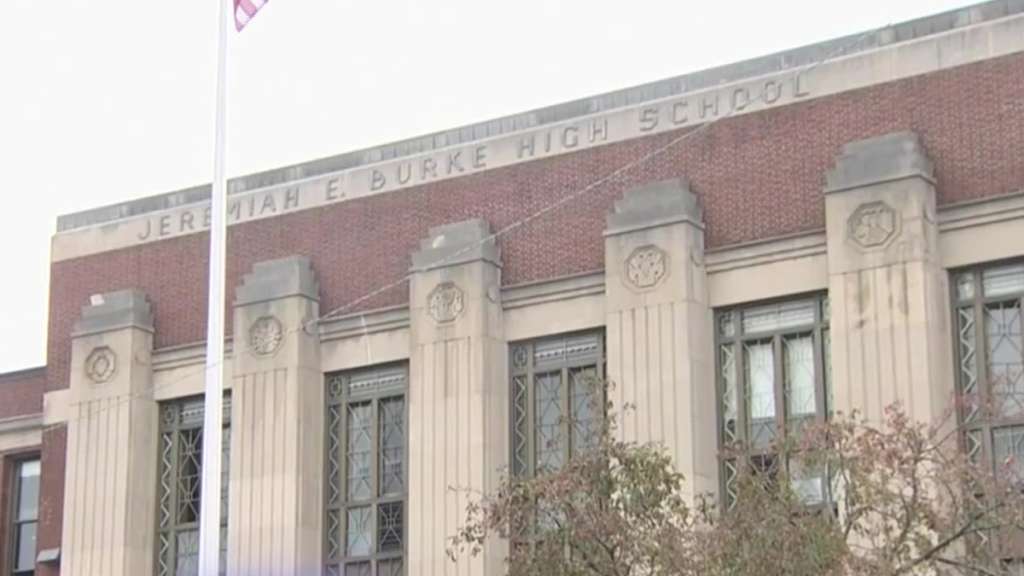 BOSTON (WHDH) — School officials apologize to students and parents for the delay in communicating about the shooting at Jeremiah E. Burke High School Tuesday morning.

Boston police said a 17-year-old male student shot another male student at the school’s front doors at 9:30 a.m. The school was immediately put into “safe mode”, meaning no students were allowed in or out of the building. The victim was taken to a hospital. Officers found the weapon and the 17-year-old suspect shortly after the shooting.

The victim’s aunt said the teen is in his senior year and his mother has been hospitalized by his side since the incident. She said she was deeply shocked by what happened and that they want the suspect to be tried as an adult.

“What happened yesterday is absolutely unacceptable, but again, this is a group of young people who work hard, are brilliant and truly represent the best of Boston,” Wu said.

“I’m not used to this kind of thing, I’ve never seen or heard this kind of thing in school before,” student Eona Jackson said, describing scenes from the school during the incident. “We were just in lockdown – our teacher (was) a little shaken up, she said ‘everyone be quiet’. We were like, we have no idea what’s going on.”

Eona’s mother said it was a scary ordeal for her too, after initially not knowing what was going on.

“This is the second time I’ve had to contact my kid to tell me what’s going on here,” Erica Jones said. “No teacher tells me anything.”

The district said they should have told the parents what was going on sooner.

“We need to communicate quickly and efficiently with our families; that didn’t happen as soon as it should be today and we apologize,” Boston Public Schools superintendent Mary Skipper said in a statement. “We are currently reviewing our internal systems to ensure that such communication delays never happen again.”

Wu said they are working with the Boston Police Department to ensure children are safe.

“This series of incidents does not define this community. They are incredible, I am so proud of them,” Wu said.

The 17-year-old suspect is expected to be arraigned in Dorchester’s youth ward on Wednesday.