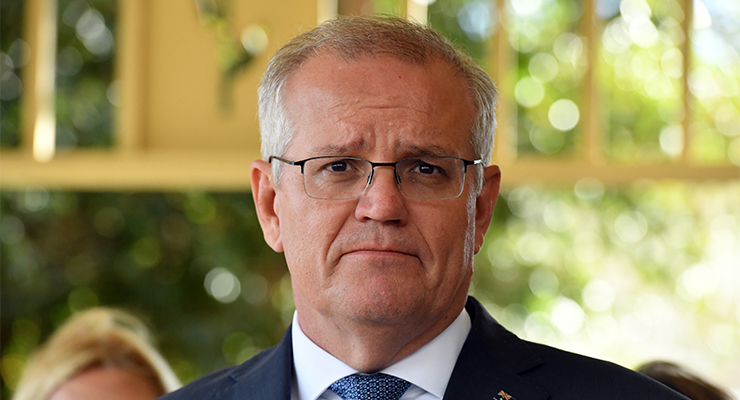 Do you remember the “internationalist bureaucracy”? Scott Morrison, in full Trumpian mode after his 2019 election victory, decided to protest an “ill-defined, borderless global community” and “negative globalism”.

Like most of Morrison’s neologisms—especially the infamous “can do capitalism,” which didn’t last 24 hours—it was quickly abandoned. A year later Morrison praised multilateralism.

His latest invention is ‘public autocracy’. Morrison says integrity agencies should not be investigating pork barrels and consuming public funds for partisan purposes, telling liberal donor Nine: “If we so discourage our elected representatives from doing things that are needed in their communities, what’s the point? We can’t just turn government over to anonymous officials to make impactful decisions [sic] the lives of Australians from one end of the country to the other. I actually think there is a great danger in that.” 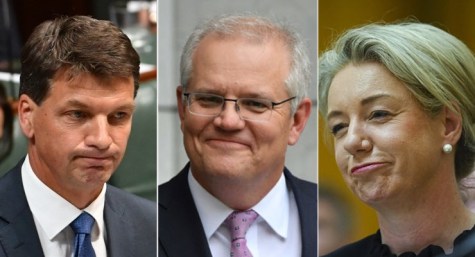 That’s a weird Morrison tune. The day before that interview, in response to Labor’s proposal on stock housing, Morrison rejected the idea that elected representatives would do things that are needed in their communities, such as helping people buy a house. On the one hand, politicians are some monstrous invasive species who should not be allowed to come close to power; on the other hand the only people who can be trusted to do the right thing.

The richer irony was that it was on the same day that the Reserve Bank’s “public autocracy” raised interest rates.

If the Prime Minister seriously thinks that “public autocracy” is a “great danger”, he should immediately revoke the Reserve Bank’s independence and make monetary policy a function of Josh Frydenberg’s hopelessly politicized treasury where elected representatives can run it – not faceless officials in Martin Place.

He should also propose a referendum to get rid of the Supreme Court and the Federal Court – nothing but “faceless officials” who “make decisions that affect the lives of Australians from one end of the country to the other”. It is much better to let politicians decide on lawsuits, family disputes, complex constitutional issues.

Does this make sense to an absurd degree? No, it’s to point out that we already have what Morrison calls ‘public autocracy’, or rather ‘independent experts’, right across our system of government. Does anyone trust politicians to decide lawsuits? Command troops on the battlefield? Regulate industries? Running a public broadcaster? Of course not. We recognize that politicians lack the expertise and cannot be trusted to act independently, despite the magic dust of being elected.

Why do we actually have independent regulators? Only anonymous officials who make decisions that affect lives. Get rid of them. Politicians should do it. Morrison will also have to get rid of the military command of the ADF. Who are these faceless generals who control our military services and lead our troops? Let’s bring in elected representatives to lead the military as well.

In recent decades we have come to understand that we need more “public autocrats”, not less. The independence of the central bank – once a shadow of the neoliberal right – arose in the 1990s because of the belief that politicians could not be trusted to raise interest rates when necessary to fight inflation. During the pandemic, Morrison and his fellow politicians fell for themselves to insist they were only following the advice of health experts.

That is, we have concluded that politicians have proved unreliable. They are too easily bribed; their desire to be re-elected causes them to ignore the public interest; they are blinded by their own ideological obsessions. So they need less power. And part of the drive for a federal ICAC, and for curbing pork and slaughter, is driven by the fact that Morrison’s government is the most corrupt in federal history, and neither Morrison nor his ministers can be trusted to act in the public interest.

The great danger is that they gain access to power in the first place, and that they don’t get it anymore.