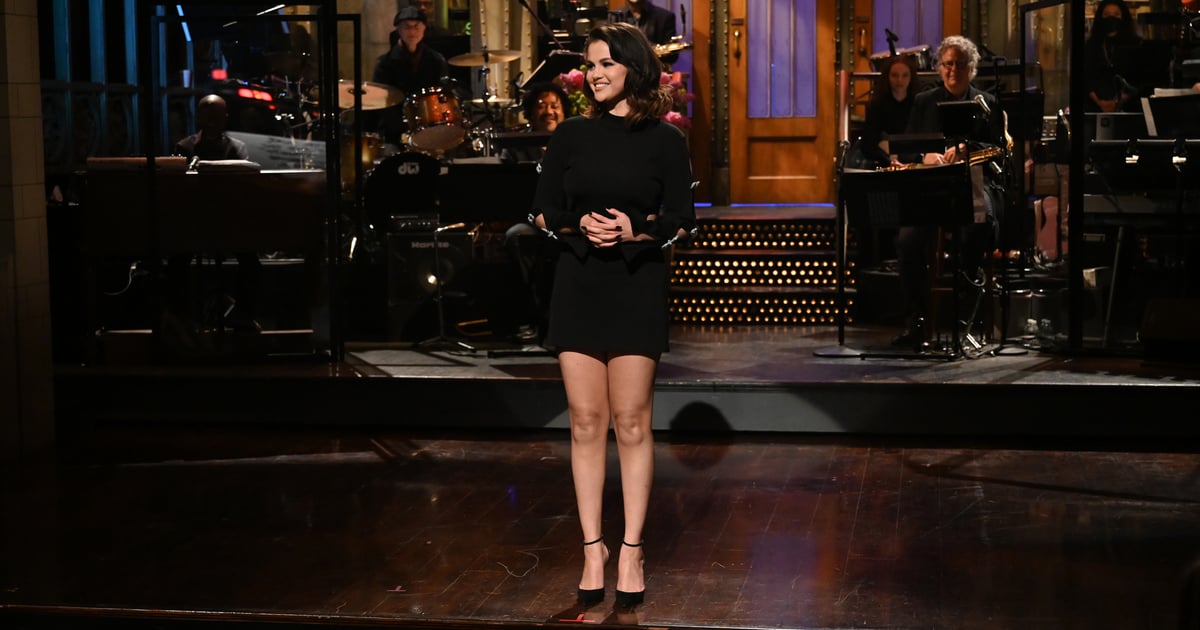 Selena Gomez closed her “Saturday Night Live” monologue with a few inspiring words from one of her very first co-stars: Barney. After impersonating her longtime boyfriend Miley Cyrus and wondering if she would follow in the footsteps of Scarlett Johansson, Emma Stone and Kim Kardashian by finding love on the “SNL” set, the star of “Only Murders in the Building” the show with a rousing sing-along of the theme song “Barney & Friends”.

“I admit I’m a little nervous,” Gomez said toward the end of her monologue. “But I think back to those wise words one of my co-stars would tell me before every show: ‘I love you, you love me, we’re a happy family.’ You know it!”

From there, she led an enthusiastic audience to sing along to Barney’s timeless classic. The moment was easily one of the most nostalgic things to happen to Studio 8H in recent times (at least for millennials). But Gomez didn’t stop there. The night was full of fun recalls to the girls and nods to her “Only Murders in the Building” castmates, who also happen to be “SNL” alums.

“Barney & Friends” was one of Gomez’s first ever performances. She appeared on the show alongside the big, purple dinosaur from 2002-2004. In 2018, she told People that she fondly looks back on the experience, even though she was laughed at at school for being on the show. “It was great to be 7 years old and experience that. It was wild,” she said.

Later that evening, Gomez played a Bratz doll who comes to life when a young girl (Sarah Sherman) struggles with the idea of ​​her parents getting divorced. Instead of helping her, her Bratz dolls, who also included Bowen Yang and Aidy Bryant, inquired about her father’s new girlfriend. In the end, the girl asks them to turn back into dolls, to which Gomez replies, “No, we’re going to Miami with your dad.”

However, the evening was not all about paying tribute to the children. Gomez also enlisted her “Only Murders in the Building” co-star and former “SNL” cast member Steve Martin to join her for a sketch on history or the whoopee pillow. The subject may have been random, but Martin and Bryant, who played an inventor and his muse respectively, seemed to have a blast in the wacky skit in which Bryant was the unhappiest woman in the world — and the inspiration for the whoopee pillow, shock buzzer, and snakes in a can.

Gomez may have hosted the first time, but thanks to her nods to Barney and the inclusion of Martin, it felt like she and the “SNL” cast were one big happy family.