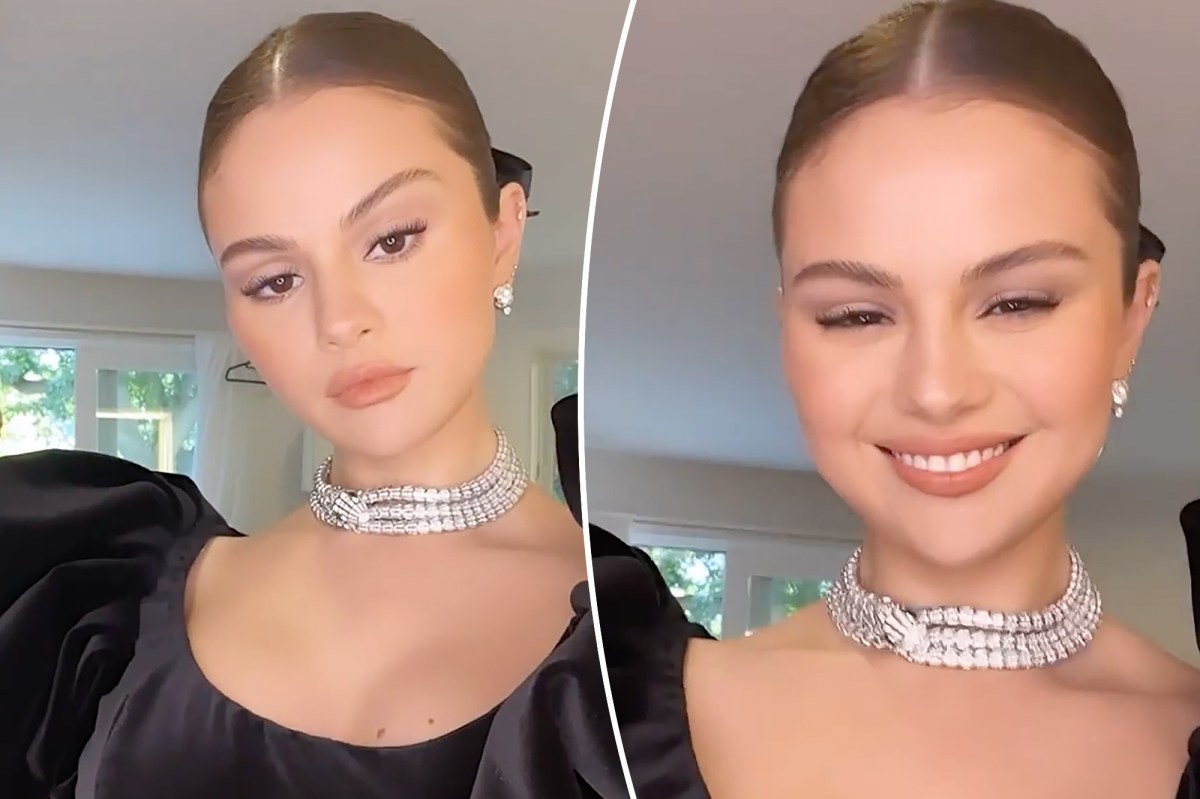 Look at her now.

Selena Gomez ensured that all eyes were on her at Sunday’s 2022 SAG Awards, where she hit the red carpet in a $1 million Bulgari necklace boasting more than 200 carats of diamonds.

Gomez certainly turned heads, although it’s unclear if she could move her own under the weight of the breathtaking bauble.

Bulgari is famous for blinging out young superstars; Zendaya previously wore a 93-carat emerald necklace from the jeweler to September’s “Dune” premiere.

The “Only Murders in the Building” actress, 29, was styled by her frequent fashion collaborator Kate Young. She channeled Audrey Hepburn in “Breakfast at Tiffany’s” with her jewelry and sleek black Oscar de la Renta gown, complete with puff sleeves and a subtle cutout.

Gomez’s makeup artist, Hung Vanngo — who also works with Sophie Turner, Florence Pugh, Bella Hadid, Jennifer Lopez and more — teased her look for the night in an Instagram video. In the sneak peek, Gomez transformed from a fresh-faced star in a pink sweater into a glamazon in a gorgeous gown.

She completed the Old Hollywood-inspired ensemble with an emerald manicure by celebrity nail artist Tom Bachik that perfectly matched her Bulgari ring.

Hairstylist Marissa Marino was on hand to slick her hair back into a clean bun with a bow; Hepburn herself would’ve surely approved.

Fans on Twitter were most focused on Gomez’s diamonds, though, and people quickly noticed that Blackpink member Lisa previously wore the show stopping diamond choker.

The Rare Beauty founder really is “doing it up like Midas” at this year’s SAGs.