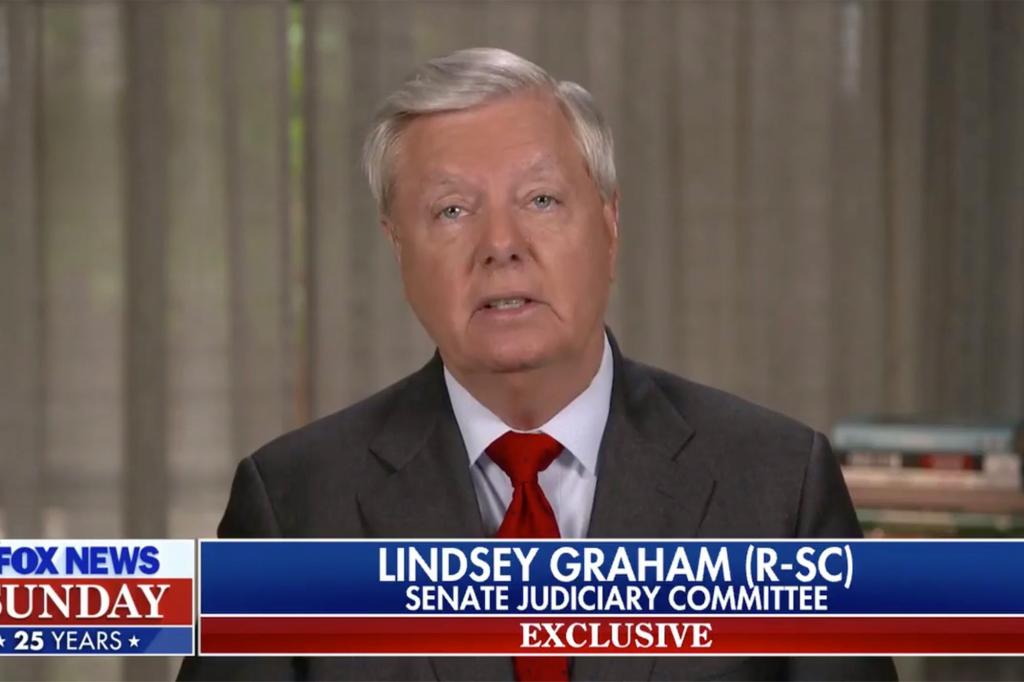 sen. Lindsey Graham said Sunday the nation’s highest court “created a constitutional right that did not exist” when it decided to uphold abortion rights in Roe v. Wade.

The South Carolina Republican’s comment came amid controversy over last week’s leaked draft decision, authored by U.S. Supreme Court Justice Samuel Alito, in which he suggests the court is on the brink of overturning the landmark 1973 ruling that the legalize a woman’s right to abortion.

Graham said he agrees with Alito that Roe v. Wade was erroneously based on an inherent right to privacy.

Roe v. Wade created a constitutional right that did not exist in the constitution, Graham said on Fox News Sunday.

In the decision, Alito wrote that Roe v. Wade was “grossly wrong from the start.

“The reasoning was exceptionally weak and the decision has had damaging consequences. And far from bringing about a national settlement of the abortion issue, Roe and Casey have fueled debate and deepened divisions,” Alito, a member of the court’s conservative wing, wrote, while also citing a decision in another case. in which Roe v. Waad.​

“The inescapable conclusion is that the right to abortion is not deeply rooted in the nation’s history and traditions,” Alito wrote in the draft opinion — adding that states must decide whether to restrict abortion rights.

Graham agreed with Alito that the 1973 Supreme Court’s 7-2 decision prevented a full debate on abortion by making a decision at the federal, rather than state, level.

“You had no opportunity” for more discussion, he said, noting that a group of judges had “determined when life begins and how it ends.

“If [Roe v. Wade] is withdrawn, which I hope will happen, the matter will go back to the states,” Graham said. “The abortion debate will not disappear in the country, it will be decided by the people, not by a handful of judges.

“Now elected officials finally have something to say about the life and conditions of an abortion,” he added.