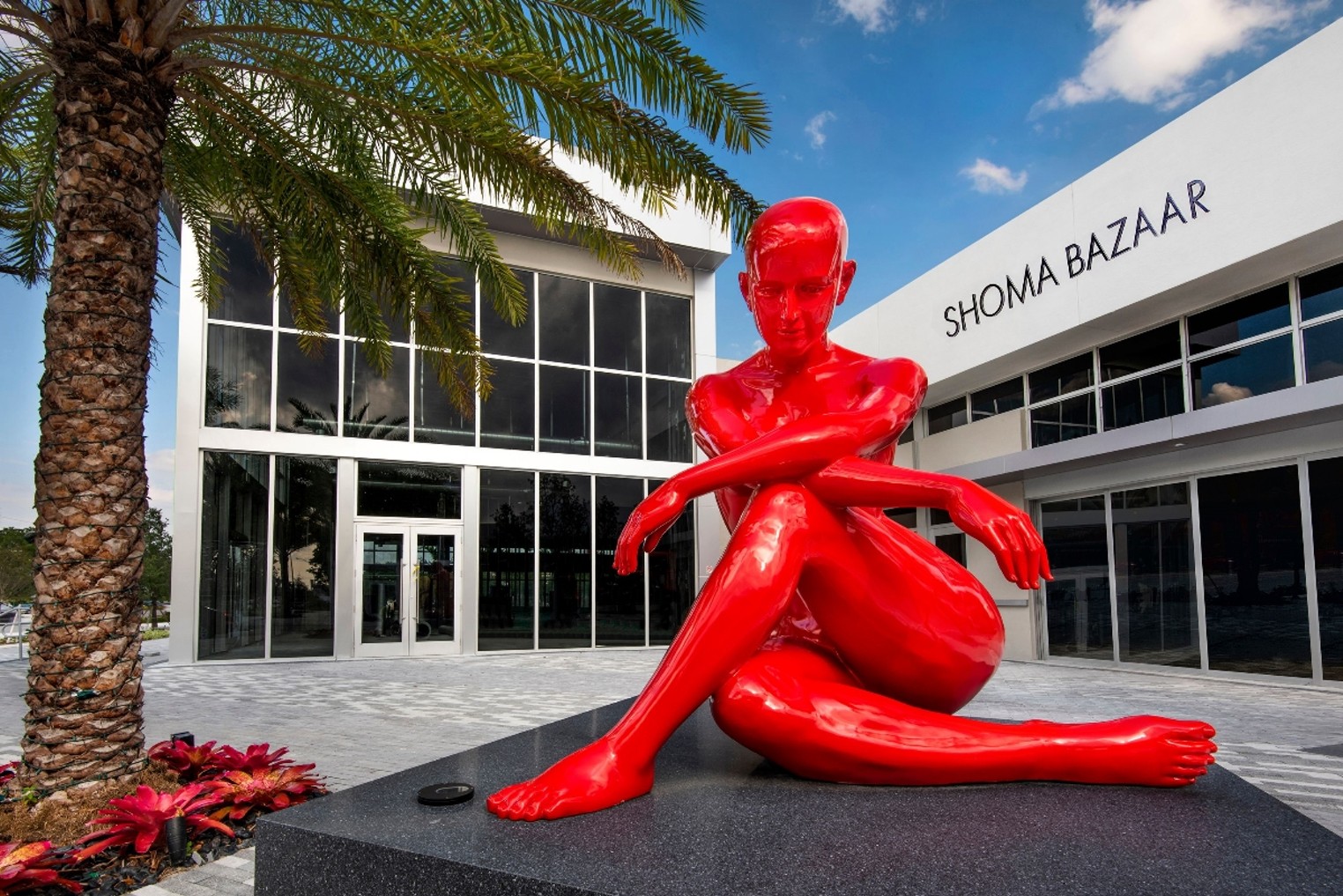 Residential properties in major cities do much more than provide shelter. In a large apartment complex, prospective tenants look for amenities like gyms, rooftop decks, dog runs, and communal spaces. Many apartments also have retail outlets that may include a coffee shop, dry cleaners, or a grocer.

But one real estate development company is betting on a new amenity in its residential properties that it thinks will lure tenants: food halls.

Last weekend, the Shoma Group officially opened Shoma Bazaar. The food hall, located at the main entrance to the Sanctuary Doral apartment complex, is home to 15 different food and beverage stalls, including well-known names Ash Pizza, Doce Provisions, Pubbelly Sushi, Dal Plin Italian Eatery, and In Ramen. Ella’s Oyster Bar, which closed its Calle Ocho location, has also found a home at Shoma Bazaar, and the food hall is home to a cocktail bar and a beer garden.

Though Shoma Group sold Sanctuary Doral in October 2021 to Avanti Group for $102.5 million, the company intends to build more apartment complexes with food halls attached to them.

Shoma Bazaar co-owner and Shoma Group vice president and chief marketing officer Stephanie Shojaee tells New Times“We have about eight in the works spread out over five years in North Bay Village, Hialeah, and a few other cities that I’ll wait to tell you.”

The Hialeah project, called Shoma Village, found itself in hot water a few months ago for describing Hialeah as “the Brooklyn of Miami” and spelling “Hialeah” wrong. Shojaee shrugs it off as “a misspelling.”

She says the initial idea was to add value to Shoma’s mixed-use projects beyond a coffee shop in the lobby. “We wanted to create somewhere that people could eat and drink and hang out. We want to do this in every community that we build.”

Shoma Bazaar came about because Doral needed more places for its residents to eat, drink, and be entertained.

“My husband [Shoma founder Masoud Shojaee] saw the potential in Doral. He purchased over 55 acres and saw Doral progress and grow, We saw the need for Shoma Bazaar.”

The marketing executive doesn’t call Shoma Bazaar a food hall. She considers it more of a food and entertainment venue that offers huge screens, art (giant sculptures of Shojaee and her dog, commissioned by Dr. Simon Ourian, plastic surgeon to the stars), and entertainment.

“We spent over $5 million on interior furniture,” boasts Shojaee, who also points out that the “insane bar” features a cocktail program created by Bar Lab.

Shojaee also made sure that Shoma Bazaar was all inclusive. “I was picky about the men’s bathroom having a baby-changing station. The lighting, the music — it was all very carefully picked out,” she says.

She notes that the food vendors are all from around Miami — and across the globe.

“I’m Colombian, my husband is Iranian, and we want to make sure there’s food for everybody. We want to unite the world with food.”