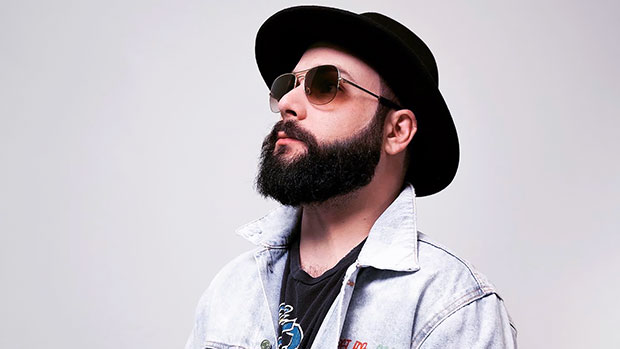 Sam James moved when he spoke to HollywoodLife. It was symbolic – he had just released “Going Through It”, a song with: Money Bag Yo and no cap – as he moved on to the next stage of his career. It was also emblematic of being a man who doesn’t stand still long enough for the grass to grow beneath his feet. “I’ve spent the entire pandemic building the military online,” he says during the video call. “Releasing a lot of covers and a lot of stuff that people loved.” The new song, he says, has resonated deeply with people, with most of the love coming from “the really loyal people who have been with me from day one on this project.”

Sam has been in the music game for a minute now. He spent his time between his native Central Massachusetts, Nashville and Los Angeles, working behind the scenes as a songwriter and co-writing songs for Bebe Rexha (“Terrible”) and Dolly Parton (“Believe”), just to name a few. As a solo artist, he came into the limelight, signing with Universal Music Group and dropping “Going Through It.”

The tagline is that “good things come to those who wait”, so why has success found Sam now? What is it about him that grabs the public’s attention? “I honestly think I spent so many years, a long time trying to find my own voice and my own sound, like who I was,” he explains. HollywoodLife. “I think I spent ten years in bars and played four-hour cover shows. And when you do those things, you kind of turn into each artist as you do it, and you lose little bits of yourself along the way.”

So it just took me a long time to be real and authentic to myself. I think it really clicked when I started doing that. And then people started following. People started sharing and reposting again, and it went up from there. But I really think what it was – some people get it so young. You know, you see some of these 16-year-old stars — I’m a writer too, so I work with a lot of these people — and they’ve got it. They are so sure of who they are. It just took me a long time to discover who I was.

“It’s one of those things, I think, that’s part of who I am and my story. I’m not afraid to tell people that. And I want people to know if, if anything, I’ve been getting messages a few times in the past few weeks, you know, since the songs came out. “Wow, you really followed your dream, and you got it where it needed to go, and you didn’t give up on yourself.” And I think that’s important in life. I want people to see my story and know it’s okay. Not everyone arrives at the destination at the same time or in the same way. No one’s story is the same, but if you stick to a course and keep moving.”

While we were talking, Sam had some music up his sleeve, and promised to show the many sides of his creative voice. “It’s not all based on hip-hop,” he shares. “It all has a lot of hip-hop influence, but I’ve been influenced by a lot of artists along the way. I think this is my amalgamation of all that.”

Are there any surprising ingredients in the mix, influences that many wouldn’t clock when listening to or watching Sam James? “My dad is a music head so we had music around the house all the time, and that shaped me a lot. There was a lot of REM Tons REM, which is still one of my favorite bands ever. A lot of Bob Dylan and Neil Young† Paul Simon† James Taylor† I’m from Boston, so if you’re not listening to James Taylor – come on, get out of here. Yes. But going forward, I would say that was a huge influence for me Rage against the machine†

“I had so many influences. I was really heavy in nas and Jay-Z† And then I’d throw on Alanis Morrisette. My CD changer, if you remember, had a ridiculous stock of a lot of crazy stuff. There was a time when I felt like it Charlie Parker. When I was very young I played the saxophone and I was in a Charlie Parker tribute band.”

Sonically, the album is broad and cohesive. “Lyrics, the whole album —” says James. “We’re almost done with the record, and it’s just my story. The real things that happened to me. And a lot of reflection on the past decade of my life. About many friends I’ve lost along the way, and friends I’ve gained along the way and are in love and fall out of love and fall in love. And I am excited to share the project with everyone.”

Despite the unconventional nature of his journey, Sam says: Hollywood that he is grateful that everything is happening to him now. “We live in a world where singles are king, you know what I mean? And people are releasing music at a fast pace, which is great for me because that’s how I’ve always wanted to do it. But we’ve always been in this industry, in this box where for years we thought, ‘you have to put out an album and it has to be a body of work.’ Listening to this album from start to finish, you don’t feel like you’re in different genres. It all comes together in one.”

“I don’t pigeonhole myself when I go into the studio,” he adds. “You feel different things at different times. Some days I’m in my John Mayer [mood] as if I want to deliver that sultry lyrics and, and melody. And sometimes – we have another record, ‘Going Through it’, which is out now. It’s more scary. That record is about finding the light at the end of the tunnel, believing in yourself and going through a struggle, you know? It’s not always been easy for me for years and years, and I’ve tapped into those emotions of the fear of it all.”

“I think the message of this album will be one body,” he says. “The message of this record will be: – I’ve pinpointed really specific memories all my life, and they’re all around the same time. It’s not a concept album at all, but in the sense of things it really gives a few select years in my life back where I was, I felt I had a lot that I wanted to share.’