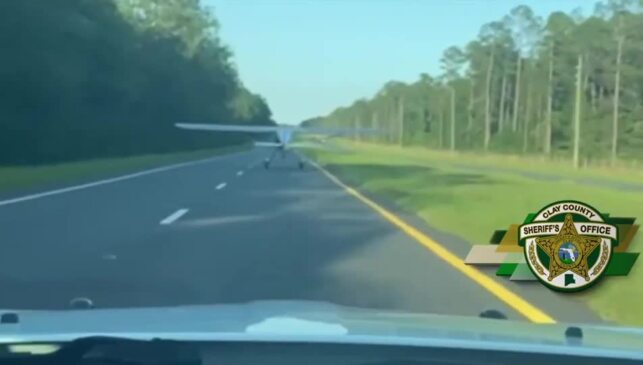 A small plane made an emergency landing on June 2 and take off on a local road in Green Cove Springs, Florida, the Clay County Sheriff’s Office reported. Clay County Sheriff Michelle Cook said the pilot made an emergency landing on State Road 16 on Thursday. The sheriff’s office used a pickup truck to tow the plane to a section of the roadway where it could take off safely. “We’re adding ’emergency aircraft tow’ to the list of services offered by CCSO!” Cook wrote. Storyful contacted the sheriff’s office to confirm which route the plane departed from. Clay County Fire Rescue reported that there were no injuries in the incident. Credit: Clay County Sheriff’s Office via Storyful