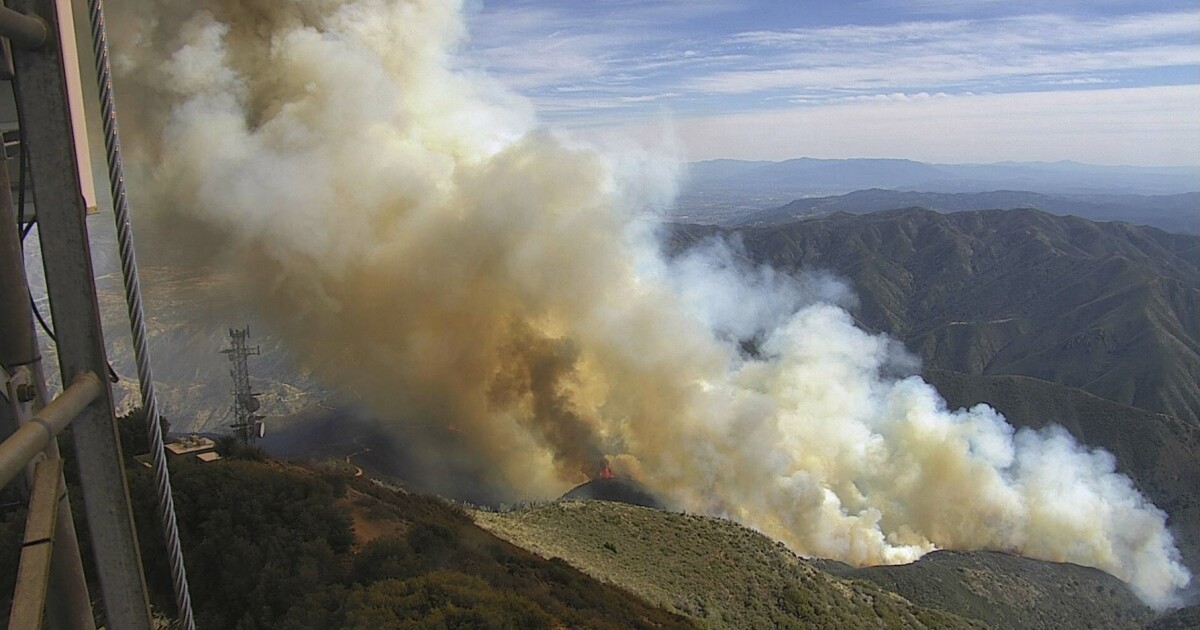 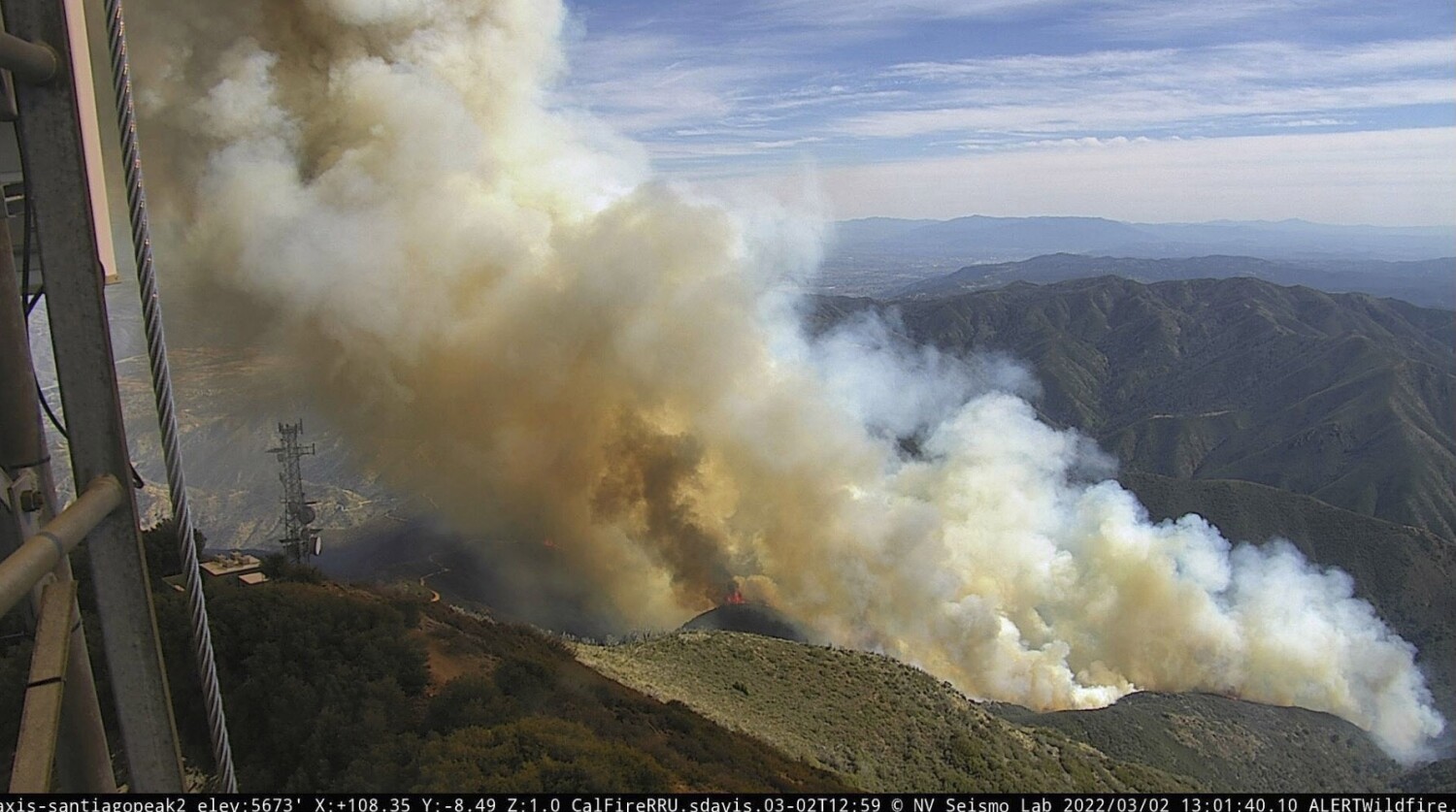 Smoke from a fast-moving fire in the Cleveland National Forest is visible from across Southern California but has yet to prompt any pollution warnings.

The South Coast Air Quality Management District said it is monitoring the fire’s effect on air quality in the region.

“We do see that the smoke plume is staying in the upper atmosphere and not reaching the surface,” Nahal Mogharabi, the agency’s director of communications, said in an emailed statement. “We are not currently seeing smoke impacts in our network.”

The lack of winds should prevent a smoke advisory in the South Coast region, Mogharabi said. “We continue to keep an eye on the fire as well as weather patterns and will provide information as necessary,” he wrote.

Smoke from the fire was seen across Orange County and parts of eastern LA County, including Long Beach.

The blaze was first reported at 10 acres around 12:20 pm near the Holy Jim Trail in the 460,000-acre national forest in Orange County.

By 2 pm, the fire had swelled to 400 acres with no containment.

The fire was encroaching on the Holy fire burn scar, which should help slow the spread.