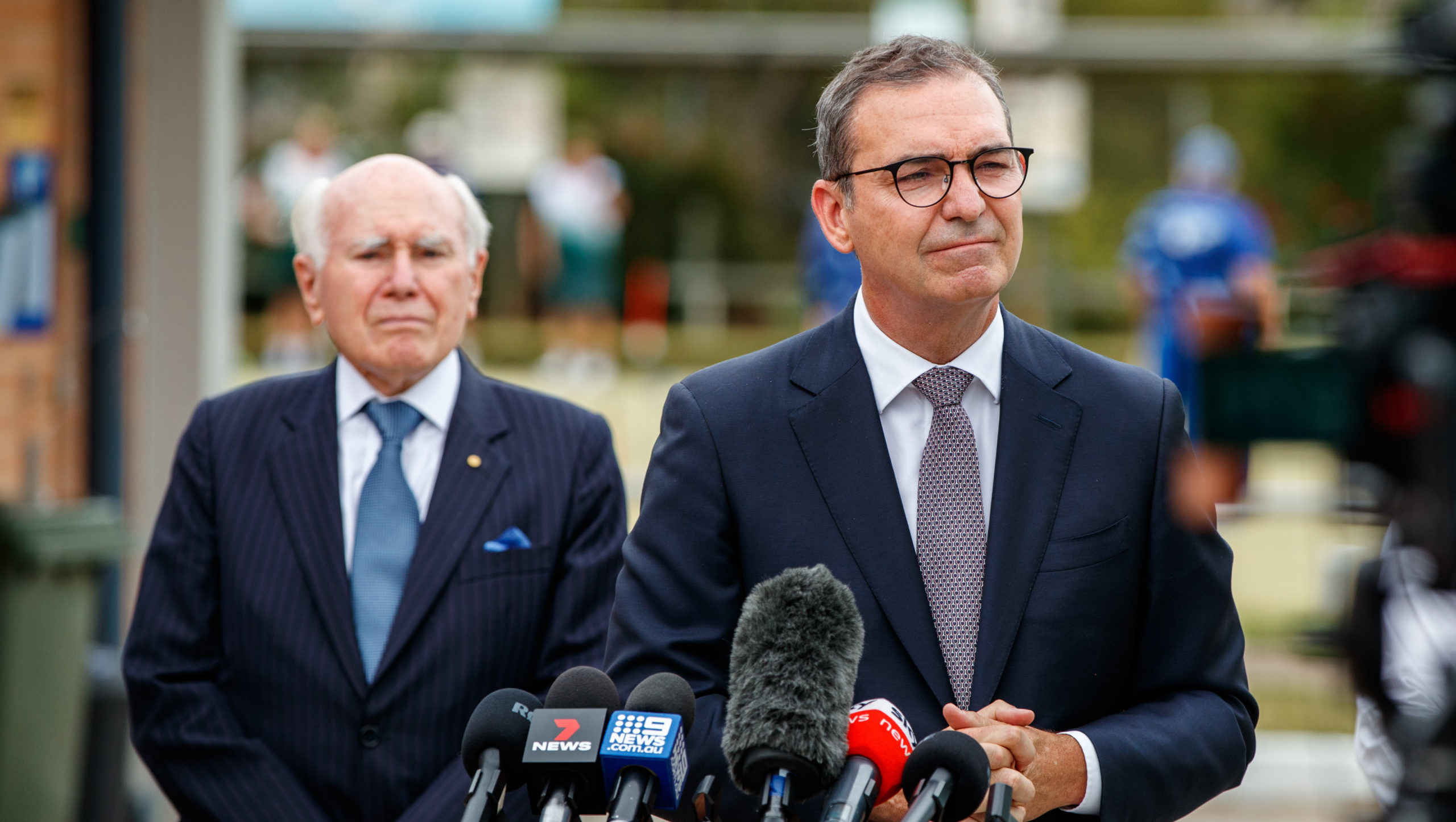 To say we have a problem is an understatement.

But, I guess, the South Australian Liberal Party haven’t said they have a problem.

Well, not publicly. Not exactly. Not quite yet.

Since their shocking-to-no-one-but-themselves defeat three weeks ago, very little has been said by our recently departed state government.

And much like parenting a freshly mobile toddler† you know that where is there is silence, there is trouble.

A significant state staffer contingent is flocking to greener pastures on the east coast and beyond. There is speculation about the departure of senior MPs, subject to the result of their drawn-out leadership ballot.

With a federal election imminent, many crucial internal party decisions are finding themselves in the too-hard basket. However, as reported by InDaily yesterday, the new Malinauskas Government is pressing ahead with an energetic and eager agenda, announcing the State Budget will be delivered on June 2.

The Liberal base is angry, their supporters tired.

The already well-worn statistic is that come 2026, the State Liberals will have only been in government for four of the last 20 years.

It all feels, you know, pretty dire.

But it’s an opportunity.

Faced with political rock bottom, the South Australian Liberals have a once-in-a-generation chance to radically reinvent themselves. To pull themselves up by their RM bootstraps.

With little left to lose, this is the time for an honest root-and-branch assessment of the party, its inner working, its offerings and its culture.

For one, it’s an opportunity to reassess what the South Australian Liberal Party gives its membership in return for their many hours of service, countless raffle ticket purchases and 80 bucks per annum.

Because it should be a lot more than the pleasure of standing in the heat for six hours, handing out how-to-votes every four years.

Contrary to the opinions of others, branch meetings, or even State Council, aren’t social hour for any one factional clique.

Trusting your membership, honoring their experience and expertise and taking them with you will be foundational to any future electoral success.

These women didn’t magically appear one day and get on a ballot. To many within the Liberal Party, this is ground breaking.

Prior to bringing very comfortable local MPs to their knees, or very safe seats to the brink, they were living and working right there in their local communities. When it came to their run, they didn’t choose the Liberal Party.

They didn’t miss out – but the Liberal Party did.

The truth is, even if they had approached the party, its obsession with incumbency would never have permitted them preselection. Its stale messaging and branding would have stifled their bright, slick campaigns.

As a result of their achievements, no Liberal gets to be comfortable now.

A modernised, structured approach to engaging and attracting women, which extends far beyond the purview of Women’s Council, must be adopted. The culture will need to change and come from the very top.

Supporting women candidates to run authentic, individualized local campaigns based on issues that matter to their voters will need to be accommodated.

Most importantly, this is a pivotal moment for the State Liberal brand.

Meanwhile the state branding is more tired than Rob Lucas doling out fake cash at his last presser. It requires a total overhaul.

Think fresh faces, fresh ideas and, for the love of God, some decent Instagram tiles. Change up the blues, drop every stock image from the website, refine the voice and re-establish the party’s core identity.

Even the very old, but very true-blue logo needs a makeover.

It’s a branding guru’s dream assignment. In South Australia, there’s plenty of creative agencies who are more than up to it.

Rather than languish in this defeat, as they seem ever poised to do, the South Australian Liberal Party must get up off the mat.

Its supporters, local members and those lifelong Liberal voters who want to come back the party deserve it. Our two-party system – and democracy more broadly – ​​needs them to remain competitive.

Sure, there are tough decisions to be made. No doubt, there’s a lot to do. But, in politics, opportunities like this don’t come by often.

However, it all begins with admitting that, yes, we do have a problem.