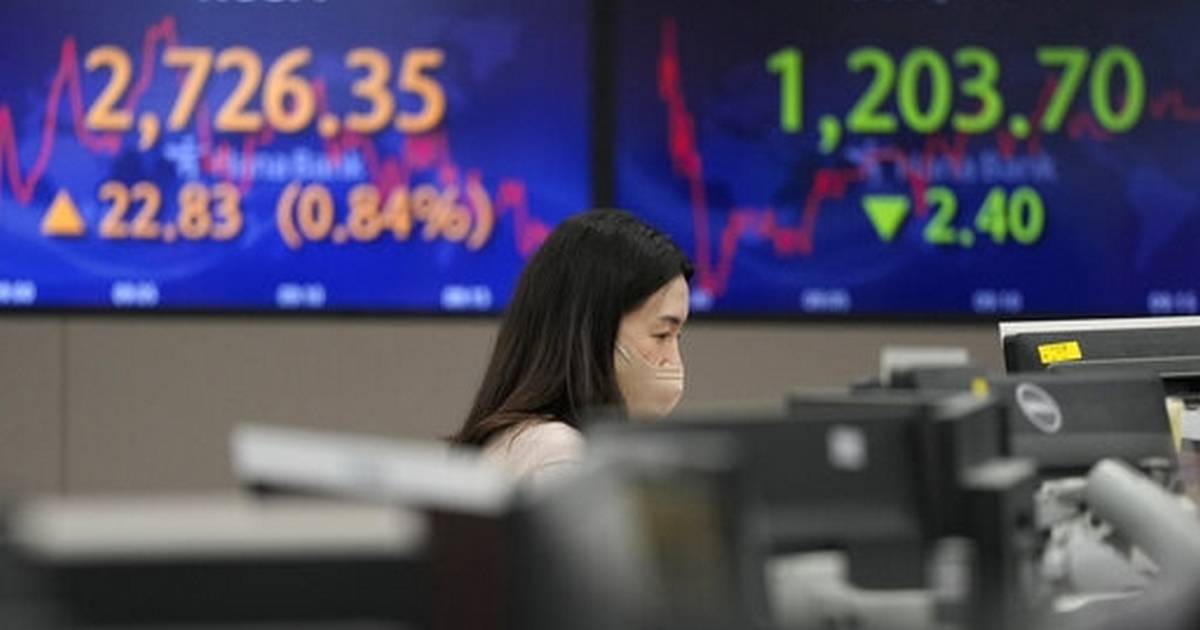 The war is adding to worries about global economic growth in the face of plans by the Federal Reserve and other central banks to fight surging inflation by raising interest rates.

“The conspiracy of geopolitical uncertainty and stagflation-type impulses is a brutal shock,” Tan Boon Heng of Mizuho Bank said in a report.

Oil prices rose despite an agreement by the United States and other major governments in the International Energy Agency to release 60 million barrels from strategic reserves to stabilize supply.

“Markets dismissed the notion that 60 million barrels of strategic reserves released will be consequential to the risks of Russian supply jeopardized,” said Tan of Mizuho. ‘Russia pumps more than that in just six days.’

Late Tuesday, President Joe Biden announced he was joining US allies in closing the country’s air space to Russian aircraft.

In an annual State of the Union speech, Biden said he would try to cushion the impact of higher oil prices on Americans. “I will use every tool at our disposal to protect American businesses and consumers,” Biden said.

Sydney’s S&P-ASX 200 added 0.1% to 7,106.40 after government data showed Australia’s economy grew by 3.4% in the final three months of 2021 over the previous quarter and consumer spending was strong.

Moscow’s attack on Ukraine and Russian threats of retaliation in response to Western sanctions also have roiled global markets for wheat and other commodities.

Economists say Asian economies are less exposed to the war than Europe but those that need imported oil will be hit by rising global prices, adding to inflation pressure and depressing business and consumer activity.

Russia is the No. 2 global crude exporter, behind Saudi Arabia. Any potential disruption in supply could boost prices and add to persistent inflation pressures around the world.

Prices of wheat, of which both Russia and Ukraine are important exporters, have risen more than 20% over one month ago.

Investors shifted money into the safe haven of government bonds, pushing up their market price and narrowing the yield, or the difference between the current price and the payout at maturity.

The value of Russia’s ruble fell further to 0.9 US cents despite its central bank’s decision Monday to raise interest rates to defend the currency.

More than 70% of the stocks in the S&P 500 closed lower. Technology, industrials and communication companies were among the biggest drags on the benchmark index.

Companies were cutting ties with Russia. Apple said Tuesday it has stopped selling its iPhone and other popular products there. BP and Shell are pulling out of investments in the Russian oil industry.

Airplane manufacturer Boeing said it suspended major operations in Moscow and temporarily closed its office in Kyiv. In a statement it said it also suspended supplying parts, maintenance and technical support services to Russian airlines.