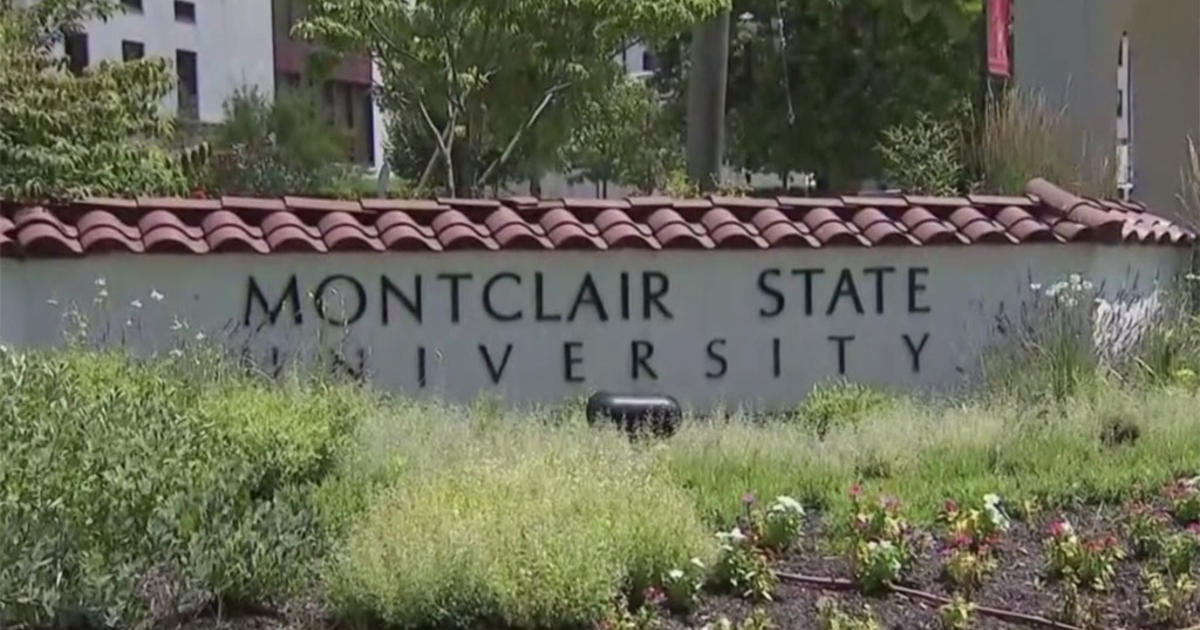 MONTCLAIR, NJ — A student is concerned his civil rights have been violated after his New Jersey college changed its vaccine requirements.

But on Thursday the school said that’s not the case because housing is not being denied based on a person’s religion, CBS2’s Cory James reported.

Jared Vigil is worried he will soon no longer be allowed to live on campus. The junior at Montclair State University requested to be exempt from the COVID-19 vaccine mandate enforced by the school last year for religious reasons. An email shows it was approved for the spring semester. However, a recent policy change states “Students who are currently approved for religious exemptions” can no longer live on campus starting this summer.

“It specifically targets people with religious exemptions,” Vigil said. “In the Bible it says your body is a holy temple. I just don’t believe I should be doing that.”

Dawn Meza Soufleris is the vice president for student development and campus life at Montclair State. She said the new policy is impacting less than 1 percent of the school’s students.

“By CDC and other health guidelines that is congregate housing, where there are higher transmission rates and so that’s why it was really critical for us to mandate the vaccines,” Soufleris said.

Vigil said his concern is that he feels this violates the Fair Housing Act.

CBS2 brought that concern to attorney Michael Wildes, a former federal prosecutor who has worked on housing cases over the last three decades.

“I believe that this could be a case where they are violating it because the individual is being treated in one space one way and in another space another way,” Wildes said.

In a statement, Montclair State said, “The New Jersey law against discrimination permits the university to impose conditions and limitations upon access to property as long as it is applicable to all persons. In this case, Montclair is not denying access to its housing based upon any person’s. Montclair’s housing is available to all persons as long as they are fully vaccinated. accordingly religion, there can be no civil rights violation.”

Montclair State is not the only school in New Jersey enforcing this sort of policy. Rutgers University and The College of New Jersey have similar rules in place, banning students who are not vaccinated from living on campus.

Montclair State says 69 students had a religious exemption for the vaccine and wanted to live on campus, adding 19 of those students have since committed or started the process to get fully vaccinated. School officials are encouraging the remaining 50 students to reach out to the Residents Life staff to discuss their circumstances so that accommodations can be made.

Wildes went on to say, “We should be working towards relaxing mandates as we get this pandemic under control, and we can’t let unwarranted discrimination set in based on a decision to vaccinate or not. But we also have to be realistic that extra precautions might still be required in dealing with certain vulnerable populations that could warrant special treatment. to human life against an imposition on personal liberties just as we have had to do throughout this pandemic, and there is no universal solution. We need to consider the facts of any given situation and make an educated decision on a case by case basis.”

Cory James is an Emmy Award-winning anchor. He joined CBS2 as a general assignment reporter in March 2020.