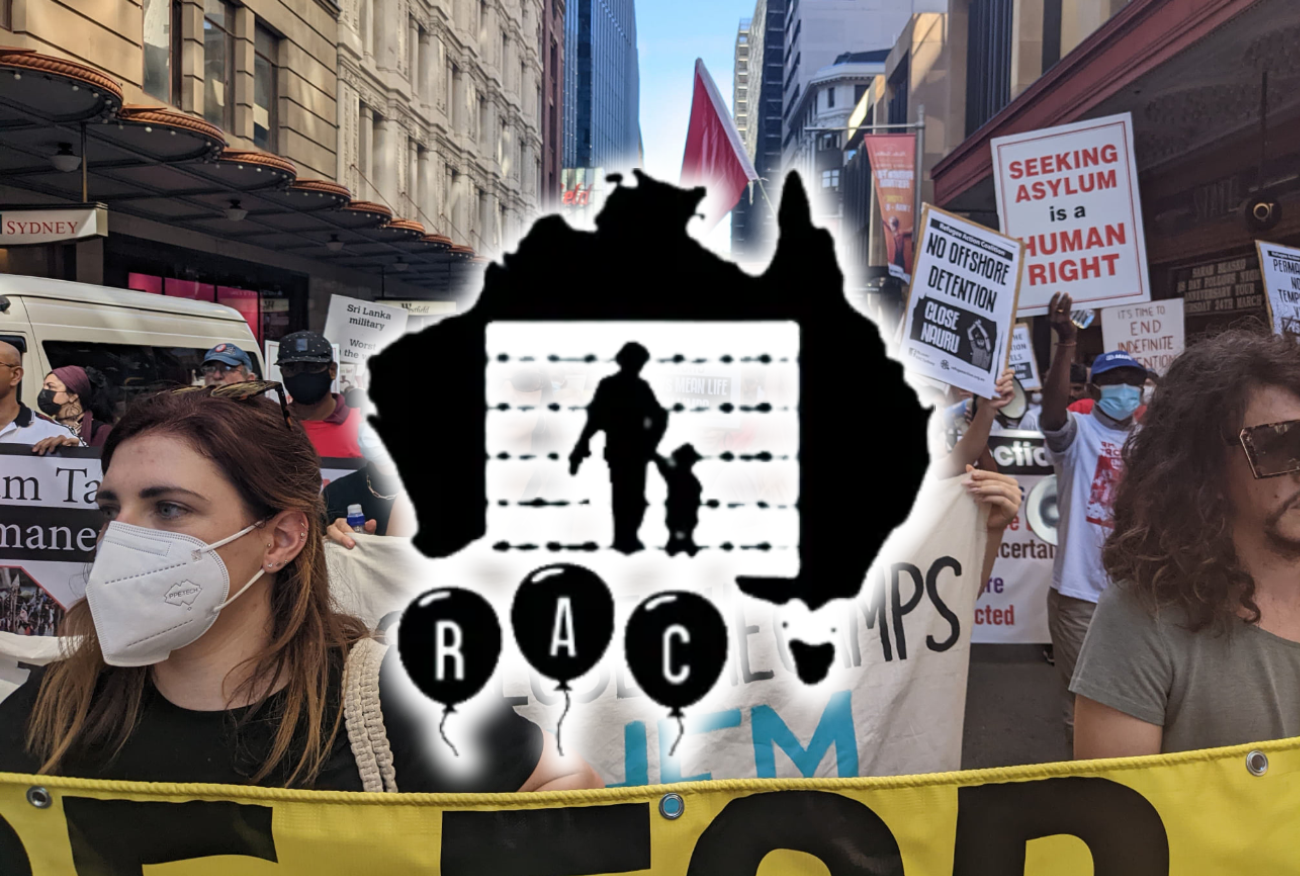 The Refugee Action Coalition (RAC) hosted a forum in Surry Hills on Monday to discuss how refugees have been repeatedly used as political scapegoats, the implications of the upcoming federal election for refugees, and what activists and the general public can do to support them. .

The panel of speakers included Zaki Haidari, an Afghan Hazara refugee on a temporary visa, Behrouz Boochani, a journalist and former Manus refugee from New Zealand, and Matilda Fay, an activist for the RAC and UTS staff.

Haidari, who has a Safe Haven Enterprise visa and has lived in Australia for ten years, separated from his family and with no guaranteed future stability, began by describing the “serious situation” of the refugee crisis.

“The Power That” [authorities] use and the way they use it is just inhumane,” he said.

Haidari argued that refugees alone cannot resist authorities, because they have been “dehumanized to very small things”.

He highlighted the recent history of harsh treatment of refugees in Australia, such as the transitional visas in 2013 that denied refugees employment rights and access to formal education, the return policy in 2014 that forced Indonesian refugees to return in boats despite personal perils, and the Morrison the 2020 government cuts to humanitarian admission from 18,750 places to 13,750.

Haidari encouraged attendees to take action and “use your power” in this upcoming election, because “power gives hope, and these people need hope to move forward.”

“All refugees ask for a safe, permanent home and to be reunited with their families,” he said.

“30,000 people are in the [refugee] community, and they have been tortured. The system is always chasing them,” Bochani said.

†[Even after] they are free, the system tortures them. Sometimes this torture is just by sending a simple letter, threatening with deportation or threatening that they will never get a permanent visa.”

Boochani reflected on the 2019 election, when thousands of refugees on Manus Island “thought Labor would win, and change would come”.

“But that never happened. That was a dark day. I myself, probably for the first time, lost hope when the liberals won the elections… I thought, these people can’t stay in this situation for another three years,” he said.

Boochani concluded by emphasizing that while “the lives of refugees are influenced by politics more than anyone else” [else]they have no electoral rights”, and are thus stuck in a “cycle of hope and disillusionment”.

“We really need to fight – this time the people of Australia need to do something for human rights,” he said.

Fay reiterated the need for public action: “It’s important that when we hear people’s stories, we don’t just sit down and listen, we get involved.”

She discussed the RAC’s approach beyond the upcoming elections. “What actually drives RAC are campaigns, rallies, protests. We must continue to build a movement that no government can ignore.”

Fay reiterated the RAC’s concerned stance on the March deal with New Zealand, which would guarantee the resettlement of 450 refugees to New Zealand over the next few years.

“We must fight to completely dismantle offshore detention. What’s going to win these changes is the same thing that got us where we are today: consistent campaigns, consistent public pressure,” she said.

A member of the audience disputed the panel’s “reluctance to criticize the ALP”, pointing out that “on the conservative side there are people who support refugees”. He said the “refugee issue” should not become a “partisan issue”.

Haidari agreed that the refugee crisis “is not just a problem for leftists; it’s a matter of human rights’ and that ‘we need to reach out to the wider community’.

However, Behrouz claimed that the Liberal party did not handle the issue adequately. †[The Liberal party] founded their campaign on ‘national security’; they have tortured people because of what they claim to be ‘national security’… [whenever] something wrong is happening[s] in Australia they blame the refugees because refugees are dehumanized, marginalized and people don’t hear them. We have to challenge this mechanism.”

“If we don’t bring about political change, they will continue to do so. This government has shown that they are able [of doing] any kind of inhumane policy,” Behrouz said.

The panel encouraged attendees to support refugees at the polls. Federal elections are on May 21.

A recording of the forum can be found here.