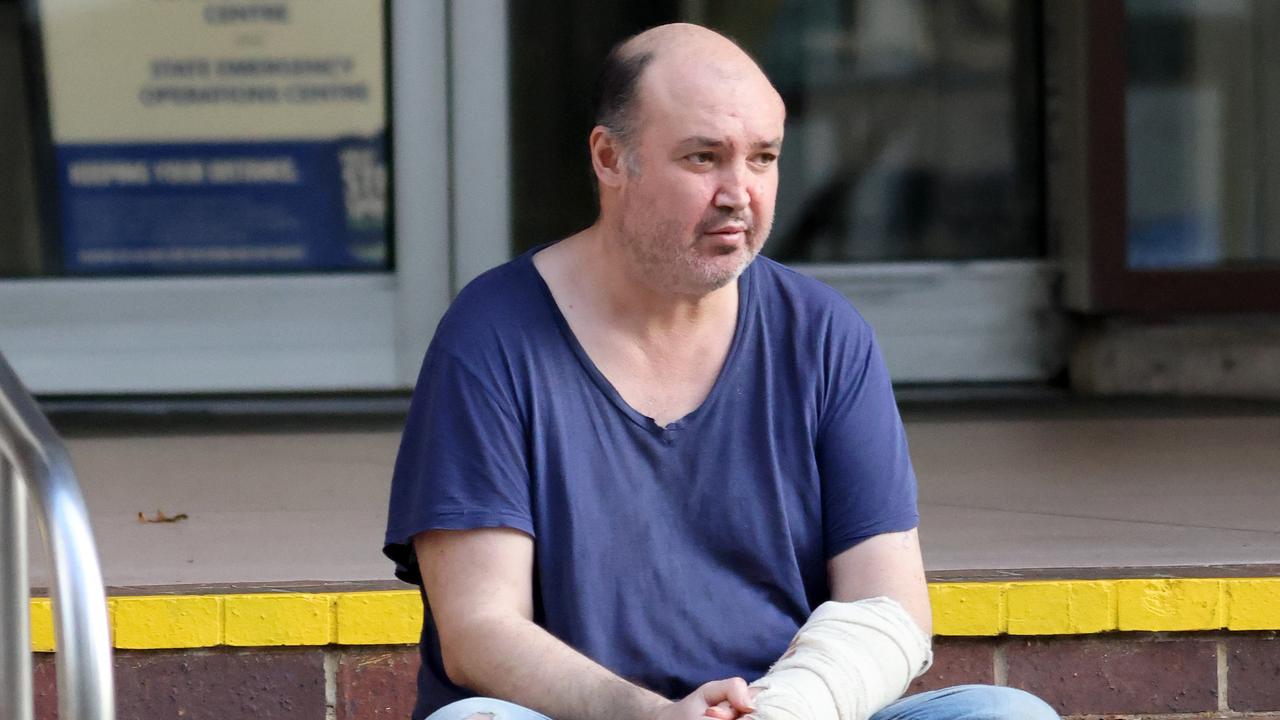 A former top Sydney lawyer fought back tears, asked to see his dogs and begged for his clothes in court after spending a night in jail when police claimed he had violated an AVO.

An emotional Hector Ekes, 47, faced Parramatta Bail Court on Saturday in a baggy T-shirt and a plaster cast on his right arm after what police say was a drunken night.

Ekes allegedly violated the order to protect his partner Friday evening by being in her company after drinking alcohol.

According to the police, Ekes had been drinking when the woman arrived at his home.

As part of the order, Ekes may not be in the company of the woman within 12 hours of consuming alcohol.

His lawyer Mark Kryakos claimed the woman initially agreed to stay at her parents’ house in Bondi before arriving unannounced at Ekes’ Darlinghurst home and that he had been drinking more than 12 hours before.

When the police arrived, the court heard the well-known Sydney lawyer had a port-wine stain on his shirt.

The magistrate found that the violation of the order could not be established.

When told he couldn’t hang out with the woman or go back home, Ekes pleaded in court “but we have to swap the dogs every week” and “can I at least go back and get my clothes?”.

The court has heard that Ekes is selling the plush house in Darlinghurst, but will live with his parents in Bonnyrigg until the case.

Last year, the Sunday Telegraph revealed that Ekes went bankrupt after a lawyer sued him for $120,000.

His firm, Gardner Ekes, was partially managed by the NSW Law Society at the time of its collapse.

Ekes was released on bail and ordered not to drink alcohol and see a doctor as part of the terms of his release.

Do you have a news tip? Email [email protected]