COLOMBO: Sri Lanka defaulted for the first time in its history as the government struggled to stop an economic collapse that sparked mass protests and a political crisis. Policymakers had warned creditors that the country would be unable to make payments until the debt is restructured, and is therefore in pre-emptive default, central bank governor … Read more Grace Tame has expressed concern over claims that the last-minute arrival of a Sri Lankan boat may have been timed as an “election stunt”. There are unverified claims that the arrival of a Sri Lankan boat carrying asylum seekers in Australia may have been orchestrated as an “election stunt”. Journalist Karen Middleton told ABC News … Read more

COLOMBO: Sri Lanka’s central bank has secured foreign exchange to pay for fuel and cooking gas supplies that will reduce crippling shortages, the governor said on Thursday, but police fired tear gas and water cannon to push back student protesters. Most of Sri Lanka’s gas stations have dried up as the island grapples with its … Read more

COLOMBO: Sri Lanka’s former strongman Mahinda Rajapaksa appeared in parliament on Wednesday for the first time since he was forced to resign as prime minister and take shelter in a high-security naval camp amid violent protests against the economic crisis largely blamed on the Rajapaksa . Mahinda Rajapaksa, 76, who was the country’s three-time prime … Read more

COLOMBO: Sri Lanka’s parliament voted on Tuesday against accelerating an opposition move to convict President Gotabaya Rajapaksa as the prime minister warned the country was in a precarious economic situation and until the last day of gas supplies. Lawmakers voted 119 to 68 against speeding up the largely token vote by parliament, which flared up … Read more 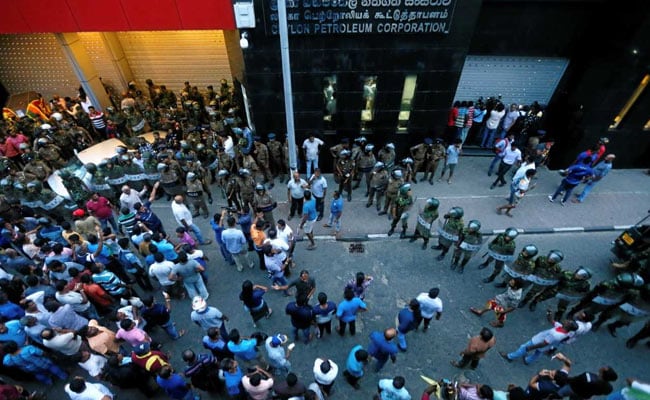 Sri Lanka is in the worst economic crisis ever. Colombo, Sri Lanka: Crisis-stricken Sri Lanka is out of gasoline and unable to find dollars to finance essential imports, the new prime minister said in a speech to the nation on Monday. “We’re out of gas…Right now we only have gas supplies for one day,” Ranil … Read more

JAKARTA — One person was killed and five others injured when an oil refinery owned by Indonesian state oil and gas company PT Pertamina caught fire on Sunday in the town of Balikpapan in East Kalimantan province, a rescue worker said. The accident took place at 11:00 am local time and the victims were workers … Read more

COLOMBO: Sri Lankan authorities lifted a nationwide curfew for a major Buddhist festival on Sunday, with celebrations muted as the island weathers a worsening economic crisis. A nationwide stay-at-home order is in effect for most of the week after mob violence left nine dead and more than 225 injured, fueled by attacks on peaceful protesters … Read more