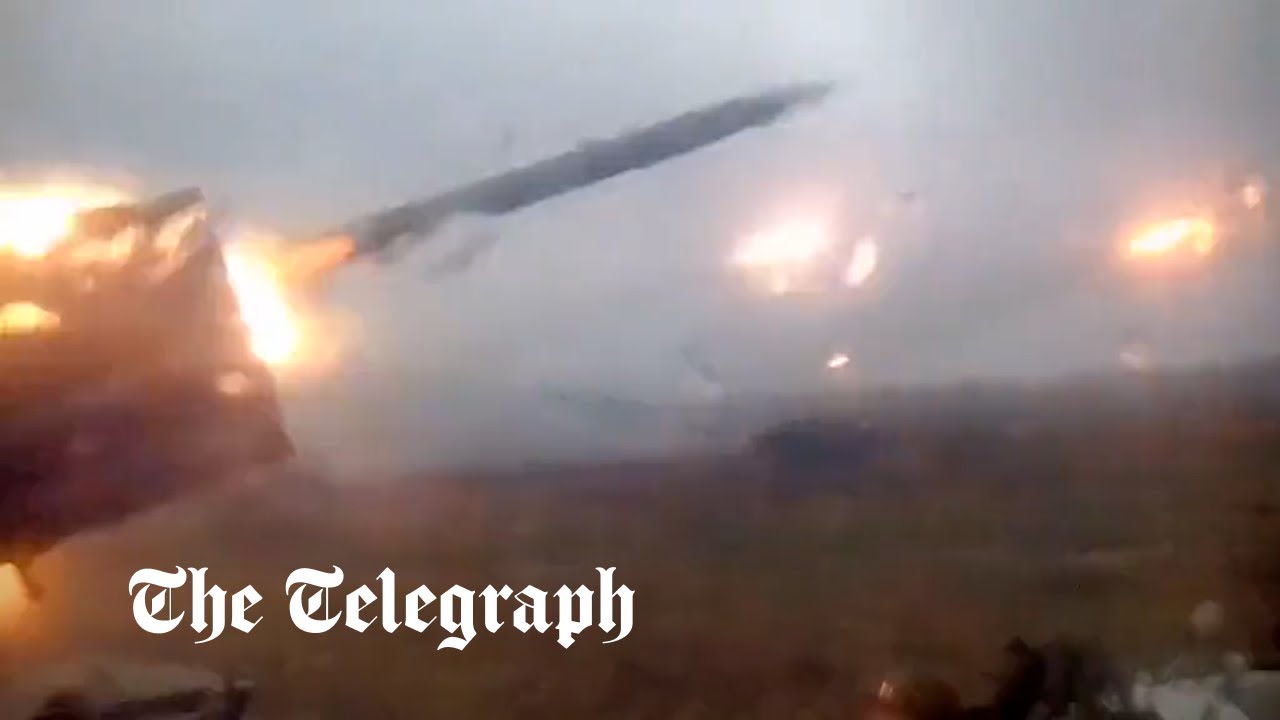 sSouth Korea has reportedly signed a confidential deal to send artillery shells to Ukraine for the first time via the United States, in a move that may bring Seoul into conflict with Pyongyang and Moscow. writes Nicola Smith, the Telegraph’s Asia correspondent. Under the agreement, reported by the Wall Street Journal, the US will purchase … Read more

Russia says it has begun withdrawing troops from the city of Kherson in southern Ukraine, signaling a major withdrawal from the only regional capital its troops had captured since the start of the war. Units were “maneuvering towards” [a] prepared position” on the eastern bank of the Dnieper River on Thursday, the Russian Defense Ministry … Read more

youKraine signed a peace deal with Southeast Asian countries on Thursday, a largely symbolic act that comes as Kiev seeks to bolster international support in isolating Russia. Ukrainian Foreign Minister Dmytro Kuleba signed the “Treaty on Friendship and Cooperation in Southeast Asia” when the annual summit of the Association of Southeast Asian Nations kicked off … Read more

This is the state of affairs on Thursday 10 November. To fight Russia ordered its troops to withdraw from the Ukrainian city of Kherson, the only regional capital occupied by President Vladimir Putin’s forces since the start of the war. The move represents a potentially huge blow to the Russian campaign in the country. The … Read more

Ankara demands that Sweden and Finland extradite Kurdish rebels before lifting a veto on their membership bids. Ankara has conveyed its request to Sweden to work to counter “terrorism” threats before approving the country’s application to join NATO, Turkish President Recep Tayyip Erdogan has said. “We understand their security concerns and we want Sweden to … Read more

Ukraine’s electricity grid operator has told consumers to brace for more power outages in the capital Kiev and six other regions as it seeks to ease pressure on energy infrastructure damaged by Russian missiles and drone strikes. After a spate of Russian attacks on power plants that have damaged 40 percent of Ukraine’s energy infrastructure … Read more

WASHINGTON: The Biden administration personally encourages Ukrainian leaders to show openness to negotiate with Russia and drop their public refusal to participate in peace talks unless President Vladimir Putin has been removed from power, the Washington Post reported on Saturday. The paper quoted unnamed people familiar with the discussions as saying that US officials’ request … Read more

The European Union has accused the Wagner group of serious human rights violations in Ukraine, Africa, Syria and Libya. The previously secretive Wagner Group, a private mercenary, has opened its first official headquarters in the Russian city of St. Petersburg. The group, controlled by Yevgeny Prigozhin, a close ally of President Vladimir Putin, opened the … Read more

youKraine may regain control of Russia’s strategic southern city of Kherson, US Defense Secretary Lloyd Austin said on Thursday, in what would be a major defeat for Russia in its invasion. The Pentagon’s comments come as a Russian-installed official in Kherson said Moscow would likely withdraw its troops from the western bank of the Dnipro … Read more