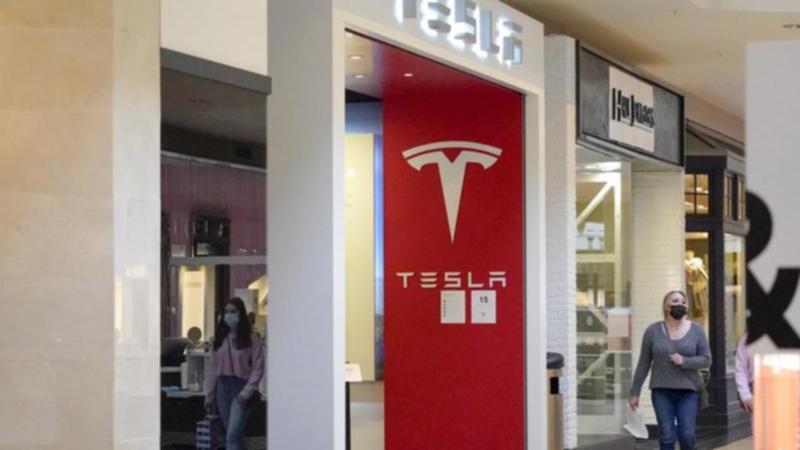 US stock indices were dragged down by stocks of Apple and Tesla as a solid jobs report supported the view that the Federal Reserve would continue on its aggressive policy-tightening path to cool decades-long high inflation.

Ten of the 11 major S&P sectors fell in early trading Friday, with consumer discretionary losing 2.2 percent and technology 1.6 percent. The energy sector was an outlier with a gain of 1 percent.

Economists polled by Reuters had predicted that nonfarm payrolls would rise by 325,000 jobs.

“(This report) gives the Fed permission to continue its rate hikes because the labor market is strong. They may be more concerned about inflationary pressures and less about the labor market,” said Anthony Saglimbene, global market strategist at Ameriprise Financial.

“The market is still concerned about wage inflation. Even at 0.3 percent, that’s still a very high percentage. If wage inflation were lower, the market reaction could be more positive.”

Volatility has gripped Wall Street in recent weeks as a result of aggressive comments from Fed officials, even as a recent batch of data suggested inflation may have peaked.

The blue-chip Dow is down 9 percent so far this year, the benchmark S&P 500 has lost 13 percent and the tech-heavy Nasdaq has lost 22.7 percent, with price-sensitive growth stocks hurt the most from the sell-off.

“The sell-off over the past few weeks could be a bottom, but we don’t see much of a reason for the markets to rise materially. We will be in trading range as markets await further information,” said Alan McKnight, head of investment. employee at Regions Private Wealth.

Apple Inc plunged 3.0 percent, hit by bearish brokerage commentary and a report that EU countries and MPs would agree on a common charging port for cellphones, tablets and headphones on June 7, a proposal that has been hotly criticized by the iPhone maker.

Tesla Inc fell 7.0 percent after CEO Elon Musk said in an email to executives seen by Reuters that he has a “super bad feeling” about the economy and needs to cut about 10 percent of the electric car maker’s jobs.

Micron Technology also fell 7 percent after Piper Sandler downgraded the memory chipmaker’s stock to “underweight,” citing concerns about its high exposure to cellphones and PCs at a time when rising inflation is forcing consumers to rein in spending.