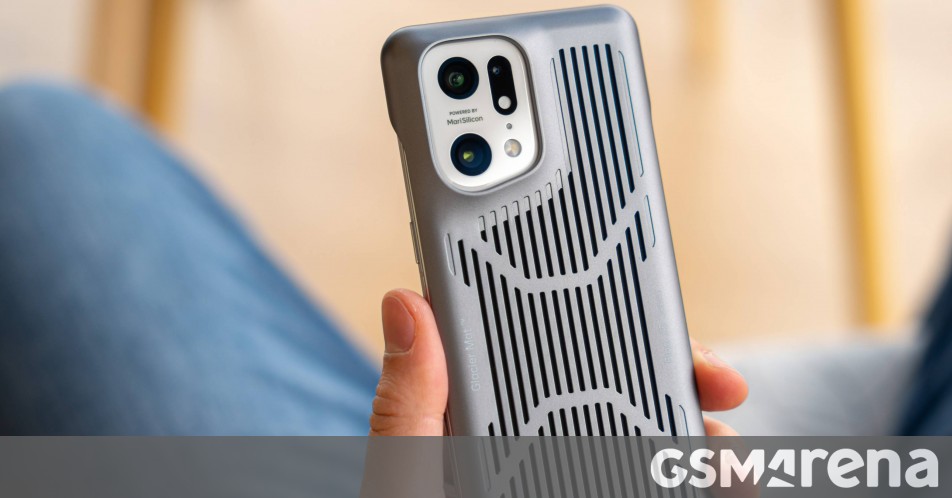 We have just received a unique new accessory for the Oppo Find X5 Pro: the Oppo’s Ice-Skin case. Intended to support the passive cooling of the phone, this case comes as part of the standard retail set of the phones sold in China. Unfortunately, the case availability has been limited to China so far, and we got our test device directly from Oppo. At the time of writing, we couldn’t find the case available outside of China, although we were promised a worldwide release. However, for Western Find X5 Pro users, the case will be a separate purchase with the price yet to be announced.

However, it is the technical side that piqued our curiosity. It’s not often you see technological innovation in something as simple as a protective case.

The Ice-Skin case is unique because it has a soft hydrogel layer all over the back. The hydrogel is housed in a soft rubber-like housing, which can be seen from both the inside and the outside of the housing.

Inside, the rubbery surface is flat and uninterrupted, maintaining full contact with the back of the phone. 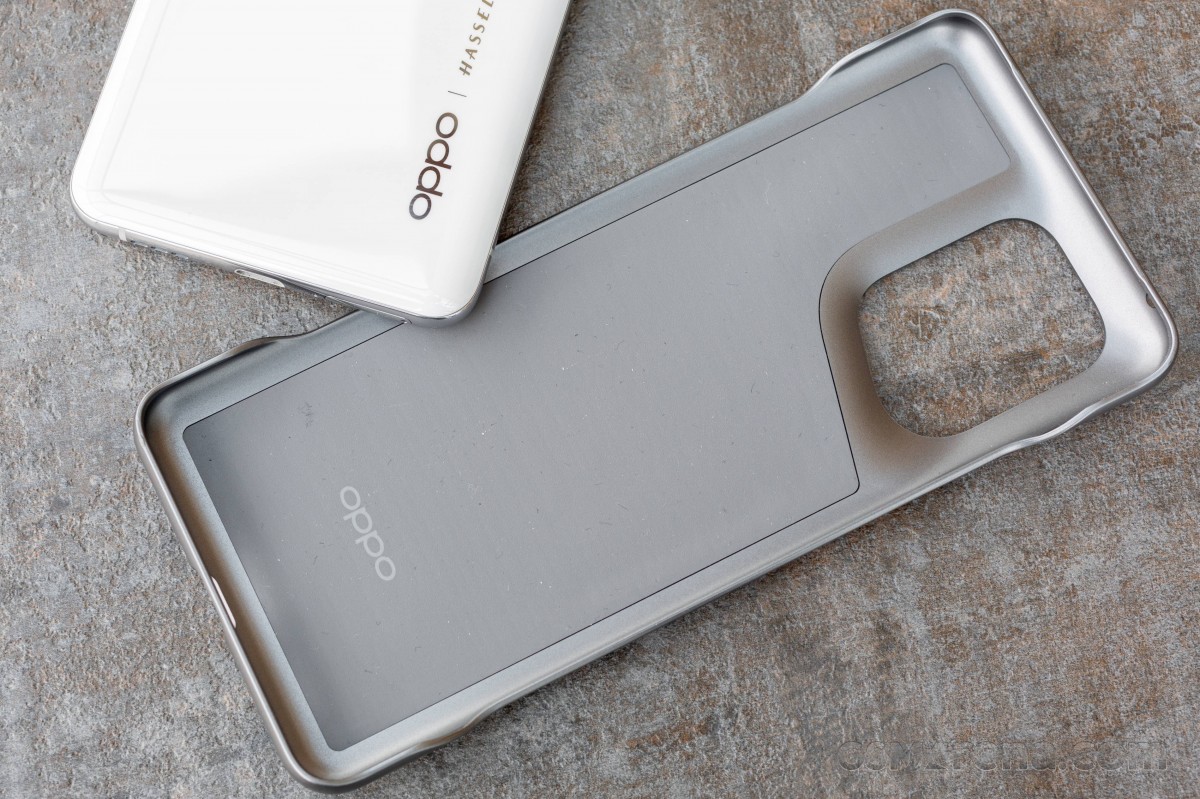 On the outside, the hydrogel is covered with a set of plastic stripes, providing flexibility and protection at the same time. They allow the hydrogel some contact with the environment, which is reportedly all it needs to regenerate its cooling power. The case would absorb heat from the back of the phone, transfer it continuously to the surrounding air and do so much more efficiently than any other case. 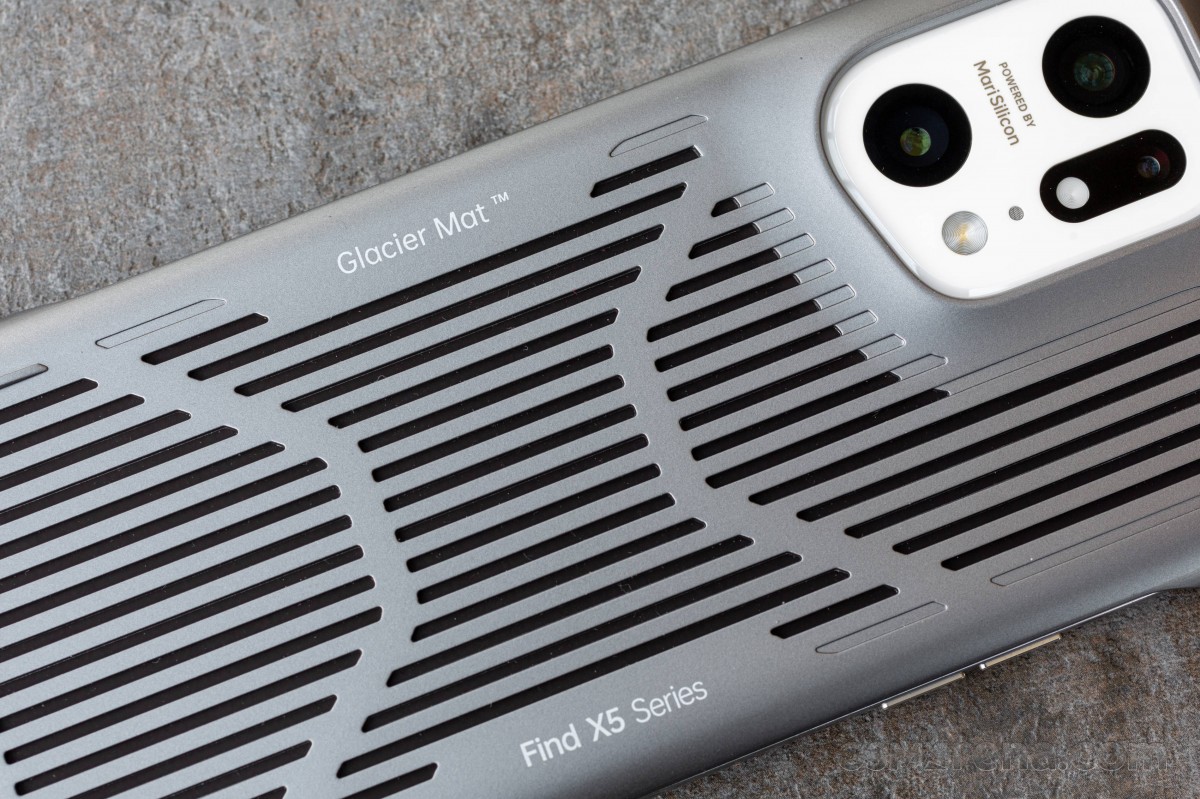 If you’ve read our detailed Find X5 Pro review, you probably remember that the phone has a multi-level passive cooling system built in. A 3D graphene film covers the motherboard and charging coil, and a special ultra-thin graphite film covers both the back of the screen and the display IC. A vapor chamber with an area almost 75% larger than the Find X3 Pro covers both the SoC and the battery. 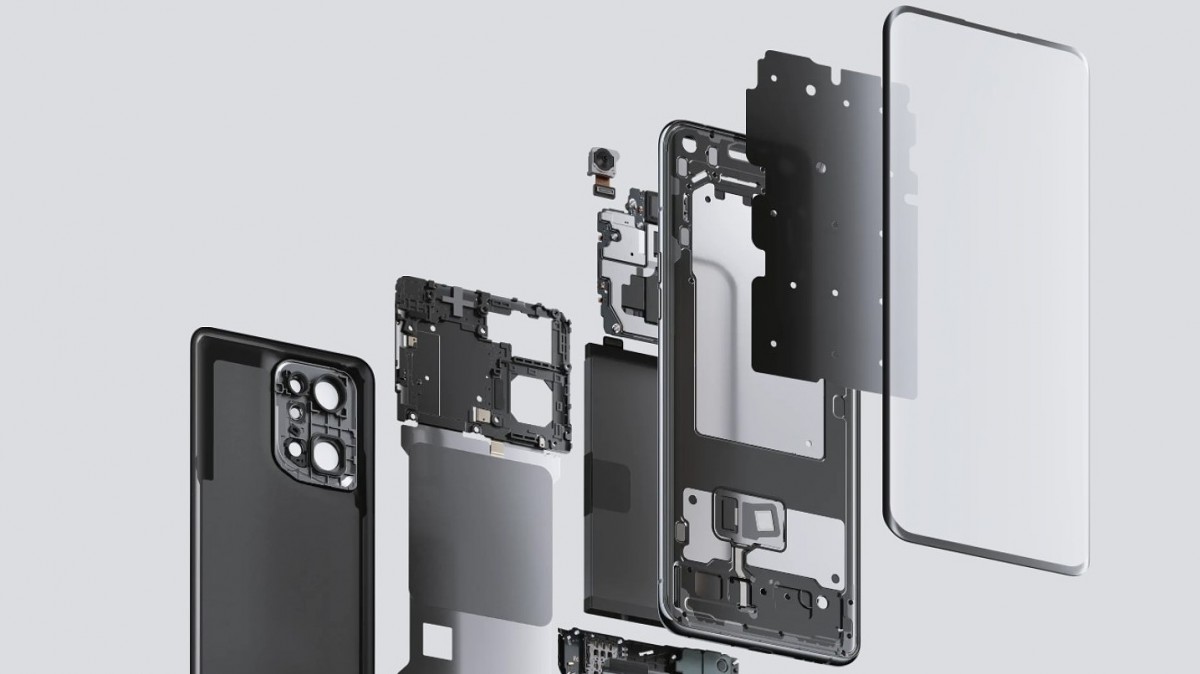 This system must efficiently dissipate all the heat generated during intensive use to the surface of the phone.

Unfortunately, even this oversized vapor chamber is sufficient, as the Qualcomm Snapdragon 8 Gen1 chipset can get quite warm under load. Despite the advanced passive cooling system, the phone’s benchmark scores dropped rapidly on the second and third runs due to thermal throttling.

We’re not saying that the Find X5 Pro is a worse offender than any other Snapdragon 8 Gen 1 phones in this regard, but it’s clear Oppo thinks there’s more to this than just relying on the built-in cooling solution.

Enter the Ice-Skin case with its Glacier Mat. Using a special hydrogel developed by Wuhan University in China, it is able to continuously absorb moisture from the air and release it again via evaporation, continuously charging it with its cooling properties. 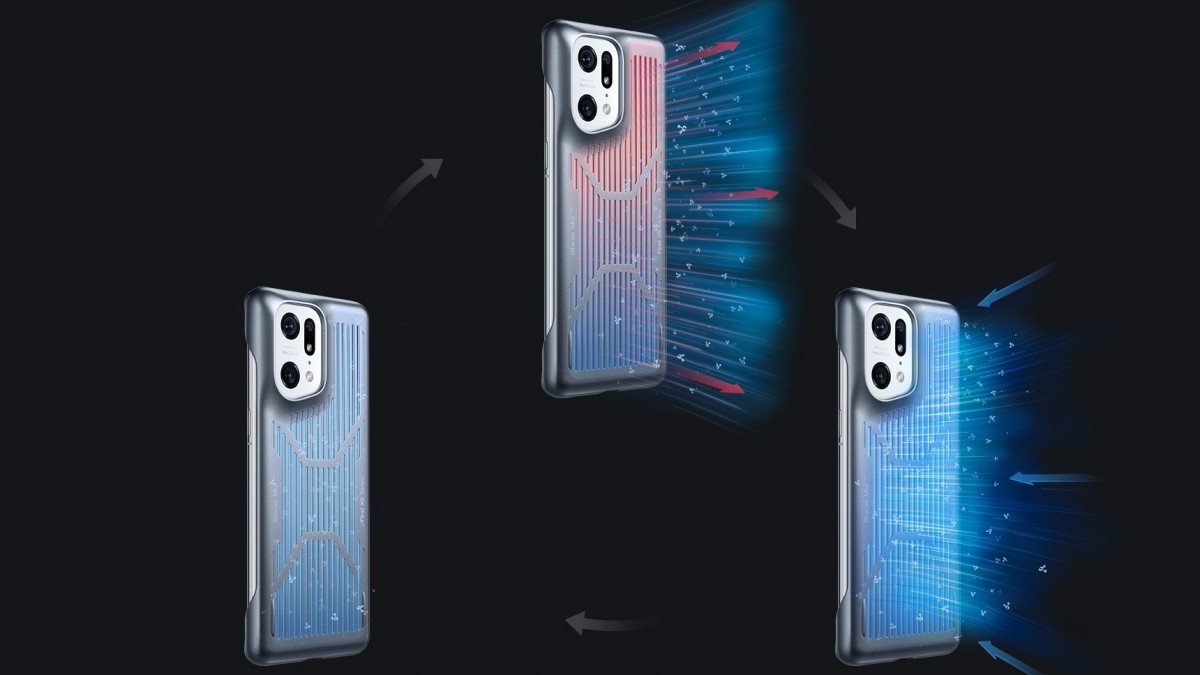 Even before we put the case on the phone, the hydrogel pad inside the case felt remarkably cooler than any other surface in the room (ambient temperature of 22°C), so it was a promising start.

Testing the Cooling Performance of the Ice-Skin Enclosure

The test we decided to use to examine the cooling performance of the Ice-Skin case is the CPU Throttling Test (available on Google Play), which we often use in our reviews.

The first run had the Find X5 Pro naked, without the case, and we propped the phone up on its back on two thin silicone strips without touching larger solid objects that might aid in heat dissipation (like the desk). The ambient temperature was 21C. The screen brightness slider was set to 50% on the slider.

Less than ten minutes into the test, CPU performance had an initial dip below 80%. The reported battery temperature was a toasty 41C, up from 22C at the start of the test.

From then on, the phone clearly got its orientation and for the next 10 minutes it only went below 80% once or twice. However, the reported internal temperature rose to 43C. The top part of the back of the phone also got quite hot to the touch, especially the metal frame.

The hot top part of the frame was a bit of a concern. We weren’t sure the Ice-Skin housing would be able to work its magic on that hot spot, especially since the hydrogel pad didn’t extend upwards. But hey, if we knew all the answers beforehand, we wouldn’t be doing this test.

After twenty minutes of testing, the phone comfortably got around the 80% performance limit with barely noticeable drops. The temperature was found to have stabilized at 43C.

Thirty minutes into the test, the phone’s performance was still around 80%, but the reported internal temperature rose to 44C. The top part of the metal frame was no longer comfortable to touch for more than a few seconds.

Forty minutes into the test, we kept seeing the same thing: performance around 80% and battery temperature around 44°C, so we stopped the clock. 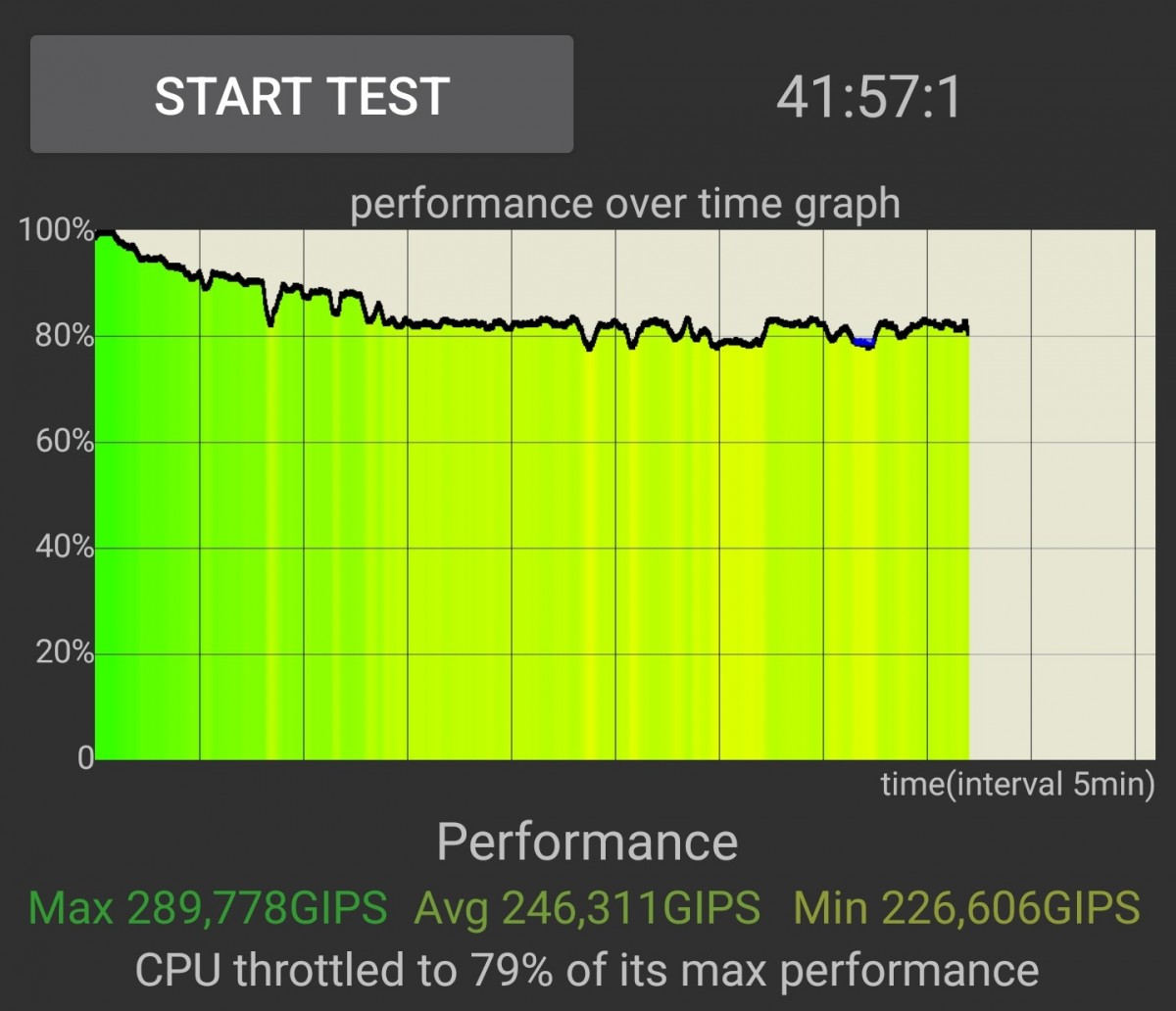 There are hardly any surprises here, although we admit that the Find X5 Pro improved the results from our review, where it was cut to 70% after just twenty minutes of testing.

For the second run, our Find X5 Pro was now suitable for the Ice-Skin case† The other environmental conditions were identical.

By tracking the performance graph in real time, we could immediately see an improvement in the phone’s performance as the timer progressed.

Ten minutes after the test, the phone had its first performance drop of about 90%, but the temperature was only 38C.

It was only after 16 minutes into the test that we saw the first dip below 80% and temperatures around 42C. Now, with the case on, it took the phone twice as long to get to this point.

But from then on we saw the same as before. Twenty minutes after the test, performance was around 80% and temperatures reached a constant 43°C. 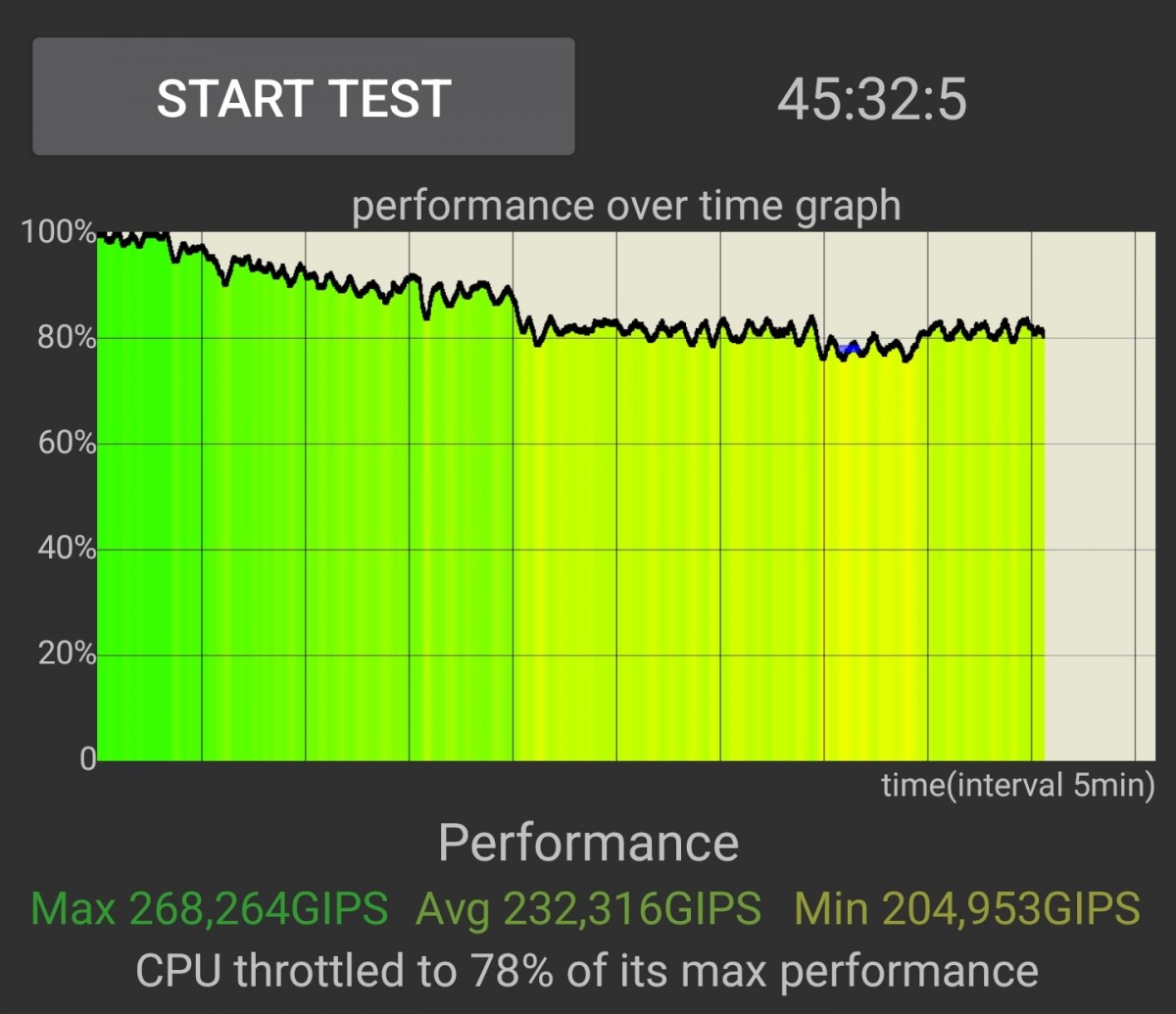 We completed the second run forty minutes after the start, with a performance hovering around 80% and maintaining the internal temperature at 44C – again, just like in the first run. Only this time, with the cover wrapped around the phone’s frame, it was no longer a problem to touch it despite the high temperatures.

We can safely conclude that under prolonged heavy loads (20 min+), the Find X5 Pro will get hot and decrease to about 80% of its maximum performance, regardless of whether you use the Ice-Skin case or not. 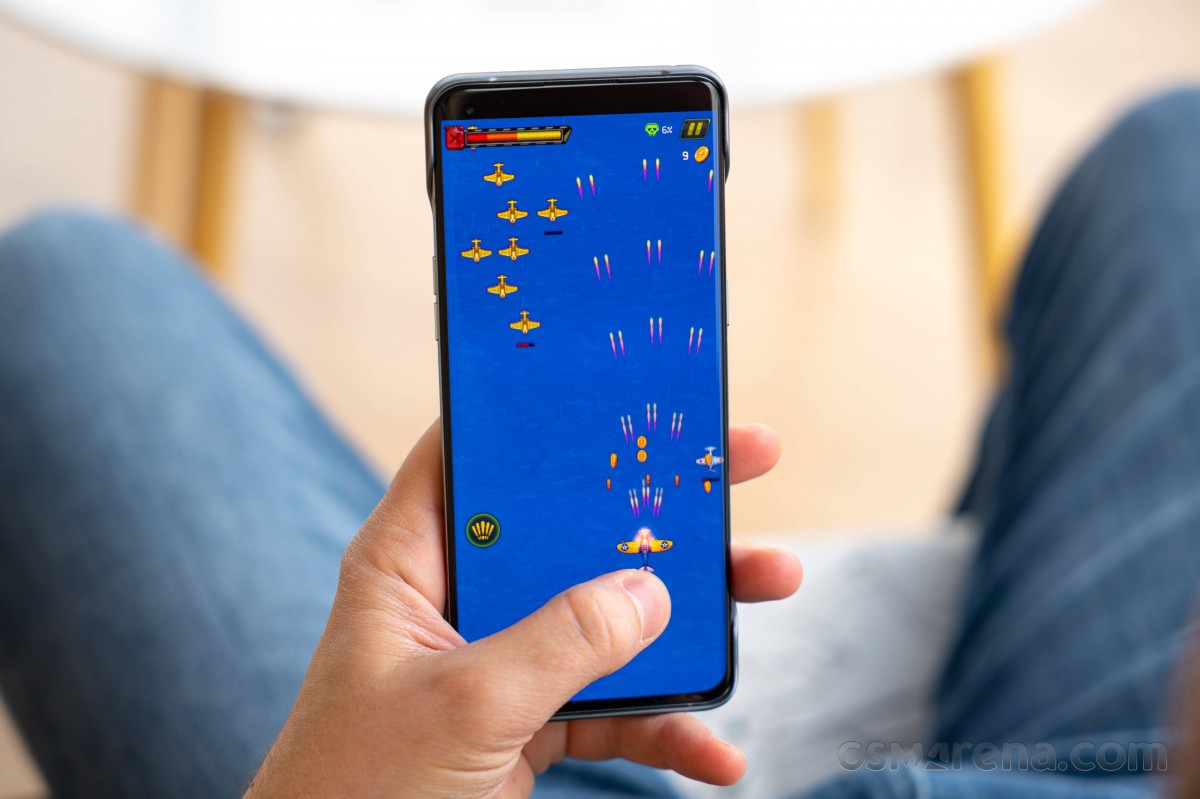 In fact, the cooling properties of the case seem temporary, and even if it does have regeneration capabilities, unlike most hydrogels, they are well below what is needed to keep the Oppo Find X5 Pro cool under sustained load.

However, if temporary refreshment (less than 15 minutes) or when you need all the performance you need can muster the phone for a quick gaming session or two, the Ice-Skin case can give you that cooling boost you need.

Plus, it’s a pretty cool looking case design-wise and doesn’t add any more bulk than a regular case.

All in all, the Oppo Ice-Skin case is highly recommended, and it will do just fine as long as you keep your expectations in check.