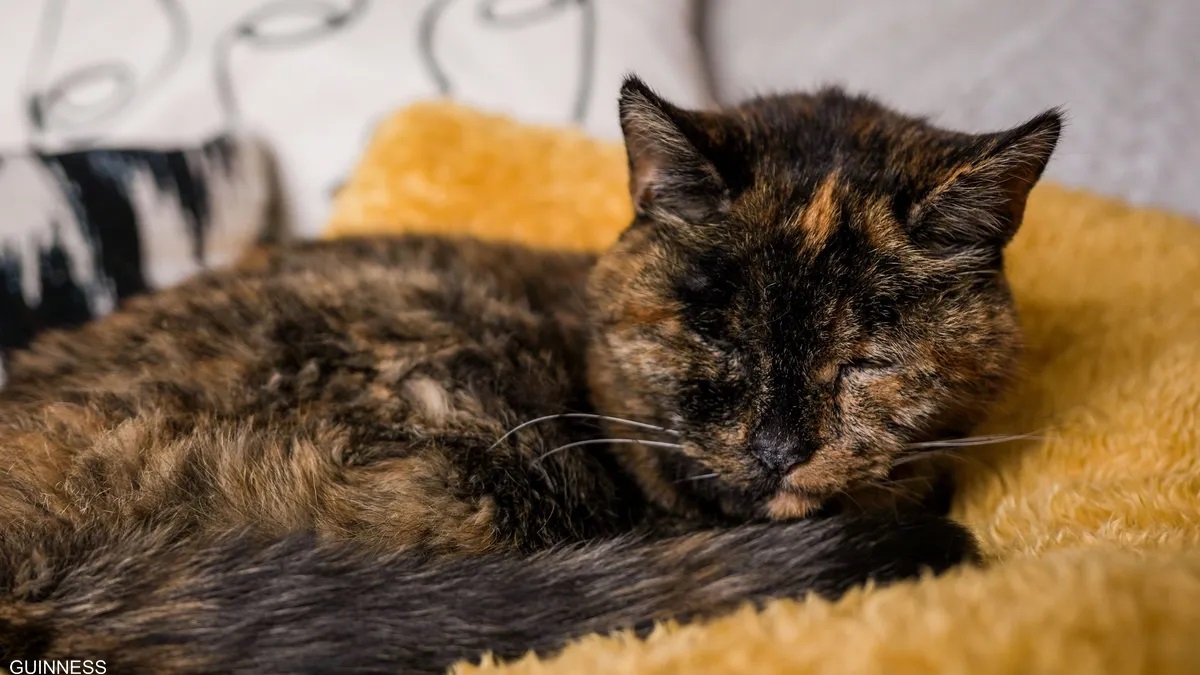 Despite being deaf and partially sighted, the Guinness Book of Records lists the cat “Flossy”, born in 1995, as the oldest living cat in the world. Flossi is described as “caring, funny and sweet”.

Flossie’s caretaker, Vicki Green, said: “I knew from the start that Flossie was a special cat, but I never imagined living in the same house as the Guinness World Record holder.”
For her part, the coordinator of the Cat Protection Branch in the UK town of Crowborough said: “We were surprised when the vets’ records showed that Flossie was about 27 years old.”

Flossi has a long way to go to break the record for the oldest cat to die after reaching the age of 38.

According to “Sky News Arabia,” the average age of cats is often between 4 and 18 years, noting that 27 years for cats is 124 years when measured by human age.