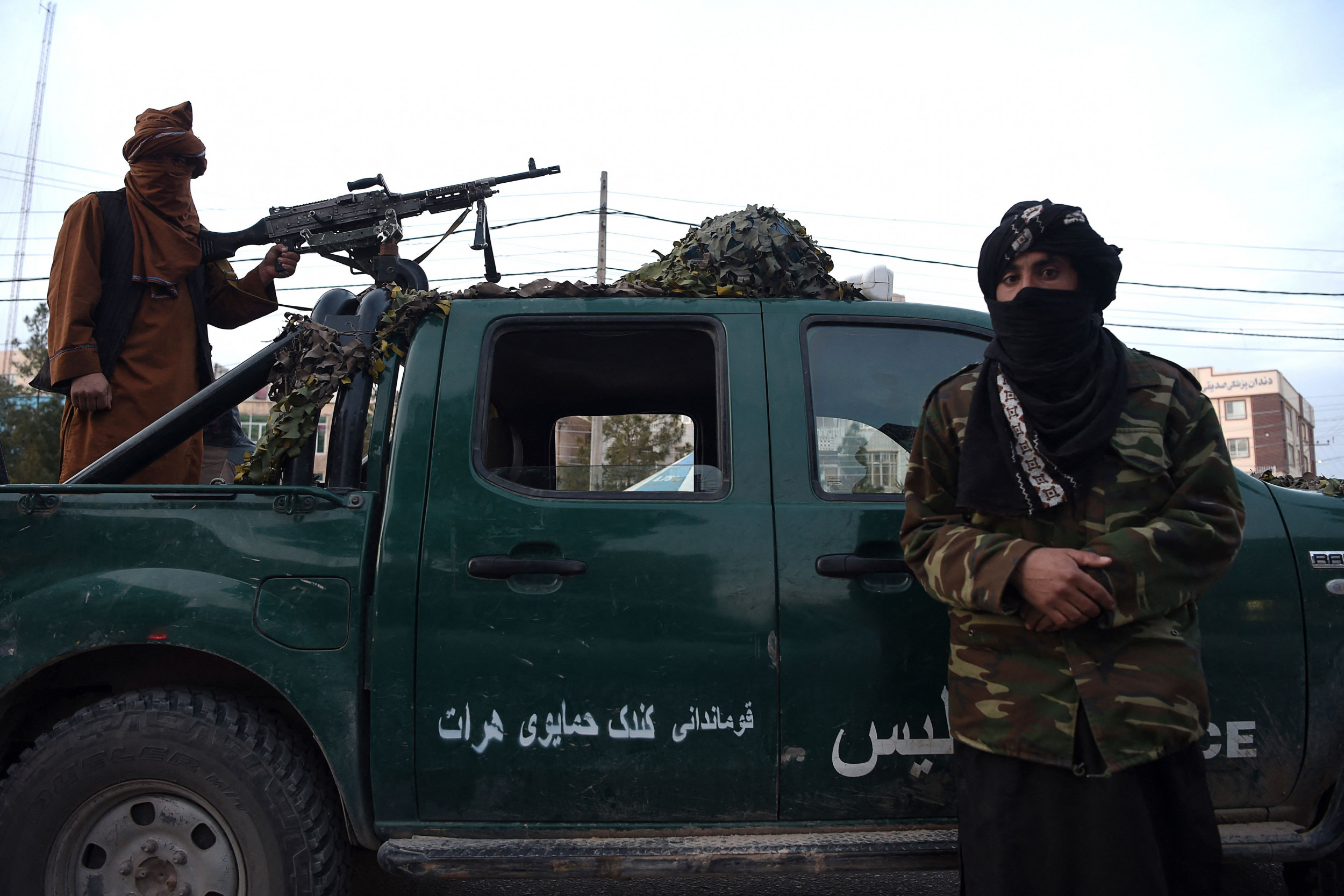 Six months after the fall of Kabul, the new government of Afghanistan announced plans to build a “Grand Army,” which would include not only Taliban fighters but officers and soldiers of the former Afghan National Defense and Security Forces (ANDSF) too. Their arsenal consists of billions of dollars’ worth of Coalition arms, heavy weaponry, vehicles and aircraft left behind in the chaotic withdrawal of August 2021, as well as equipment issued to Afghan government forces over the previous 20 years.

The Taliban has inherited one of the largest and most advanced force structures in the region with a capability to defend against any imaginable threat for the foreseeable future. Contrary to the adage, however, this is a gift horse whose teeth deserve careful inspection.

An Army. for what?

What was not articulated in the Taliban announcement is the purpose of this Grand Army. “Why an Army?” is a rhetorical question often asked in military academies around the world and should certainly be asked in Kabul. Is it needed to provide a national defense mission against external enemies? A counterterrorism force against internal threats? Gendarmes for the maintenance of public order? A tool for repression and internal control?

This question is normally answered by addressing several factors, not the least being threats to the nation and the regime. Probably the greatest challenges facing post-war Afghanistan include the Daesh-affiliated Islamic State Khorasan Province (ISKP), Al-Qaeda and several smaller terror groups, which also pose a threat to neighboring countries.

These include Tehrik-i-Taliban (TTP), the Islamic Movement of Uzbekistan, the Eastern Turkistan Islamic Movement and the Xinjiang Uygur Autonomous Region of China. A primary challenge for this army will be to keep these groups in check, preventing them from using Afghanistan as a springboard to attack neighbors, and ensuring they do not turn against their hosts in the process. There is also the chance of a resistance movement developing from former regime elements as well as tribal or factional conflicts emerging from disagreements about power sharing, governance and division of post-war plunder.

Yet, an unlikely scenario, and one that this army is exquisitely structured to do, is to confront a significant conventional threat. While the explicit mission of the Coalition forces was to man, train and equip a force capable of defeating an insurgency, it was better suited to fight a Russian invasion of Ukraine. No less than former NATO Commander Admiral James Stavridis—the man responsible for building the Afghan Army—called the effort “doomed.” In his view, “We trained the wrong kind of army for Afghanistan. America and the ISAF tried desperately to use the US army as the model, and it was the wrong approach.”

While there is general agreement that there were some successes such as the Afghan commandos and the Afghan Air Force A-29 counterinsurgency aircraft units, most units were, “tragically, the army we wanted. It just wasn’t the right army to win, Stavridis said. And the Taliban may make that mistake if they try to resurrect this as their “Grand Army.”

A Monkey Staring at a Watch. With an Empty Wallet.

The first post-war photos showed Taliban wearing western combat gear, sunglasses, body armor, Kevlar helmets and western combat boots. Yet it’s one thing to dress up in special operations gear; it is an entirely different thing to hover a helicopter or calibrate a 120mm main tank gun. It is also an understatement to note that any new Afghan military leaders lack the competence to train or employ a conventional army, operate or maintain its equipment, or develop the systems necessary to prevent aircraft, tanks and artillery from deteriorating in the hangars or rusting away in the engine pools.

It is equally unlikely that former insurgent commanders will soon develop the management skills necessary to command and control a semi-modern defense establishment numbering in the hundreds of thousands. Napoleon’s Grande Armée may have marched on its stomach, but today’s armies are not only led by brave commanders—of which the Taliban may have in quantity—but skilled managers capable of monitoring thousands of pieces of equipment, ensuring visibility on millions of spare parts and orchestrating vast logistics systems which challenge even a second world military. While a nascent capability was being developed within the ANDSF, many of those skilled technicians left the country during the withdrawal, fearing a Taliban death warrant for working with the Coalition.

The solution to this glaring vulnerability may be to hire legions of foreign contractors, but the elephant in the room remains a complete absence of funds, and butter will certainly trump guns. Afghanistan is bankrupt, with roughly $7 billion in overseas assets seized by the Biden administration following the Taliban takeover. On Feb. 11, US President Joe Biden announced a decision to allocate half of those funds to relatives of 9/11 victims. In addition, US economic sanctions against the Taliban dating back to the 1990s prohibit the transfer of funds to officials who remain under sanctions. The only loophole is an exemption issued by the US Treasury Department for NGOs and other aid groups for humanitarian purposes and millions of hungry mouths to feed will surely take priority.

A major challenge for the previous government was low morale among the troops, with little motivation in dying for a cause they did not embrace. Motivation was high among the Taliban as their fighters fought a holy war to liberate their country from foreign occupiers. Yet, that mission is over and there will be a struggle in finding a new unifying principle to motivate the fighters, old and new, as they assume their new tasks of guarding street corners and roughing up unruly bands of women.

“It would be a mix of full allegiance versus people who have no means of survival as it was the case in the previous army. It’s people who want a job. ANDSF wasn’t always big on morale,” said Colonel Naweed Kawusi, former police support director at the Interior Ministry of Afghanistan.

Further, the army will face the challenges of mixing troops once loyal to an ousted government to fight alongside—or under the command of—men they faced on the battlefield less than a year ago. If the incentive of a regular salary drew many young men to join the ANDSF, today even more will join out of abject poverty and fear of being branded a dissident. For their part, Taliban insurgents-turned-soldiers may find themselves pitted against former comrades in arms who have defected to ISKP. Too, the Taliban has also encountered the challenges of recruiting new troops, reportedly forced to purge “people of bad character” from its ranks, mostly new recruits who joined in the aftermath of their takeover and were blamed for a spate of crime. A toxic mix of misguided loyalties, desperately poor recruits and untrustworthy insider threats are a new challenge for the leaders of a once-ideologically bonded fighting force.

In announcing the Grand Army of Kabul, it is likely the Taliban will soon rue that decision. Whatever the purpose for a “grand army,” it will face a set of challenges that insurgent commanders did not deal with while fighting an insurgency. While the mundane governance problems of garbage collection, clean water and keeping the lights on in Kabul are overwhelming the new national government, the task of recruiting, training, equipping, motivating and supplying a modern army is sure to bewilder senior Taliban commanders. Wiring a car bomb is not easy but repairing the wiring harness of an attack helicopter is another thing entirely. While the ANSDF was unable to defeat the Taliban on the battlefield, it is more than likely that managing a Grand Army will quickly bring them to their knees.

Tanya Goudsouzian is a Canadian journalist based in Istanbul. She has covered Afghanistan since 2000.

The views expressed in this article are the writer’s own.