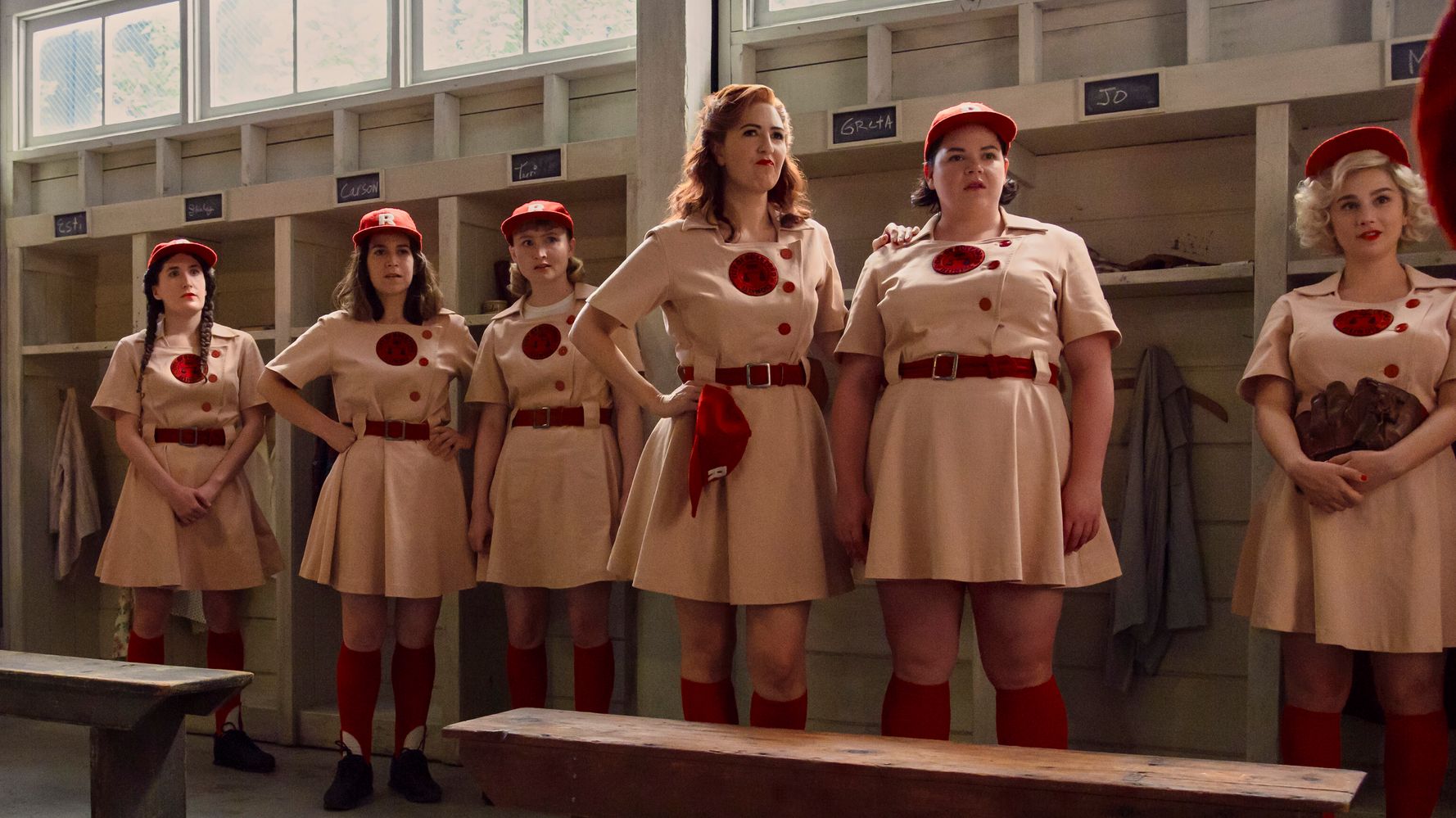 Diamonds is once again a girl’s best friend in the upcoming reboot of “A League of Their Own.”

Amazon gave viewers their first look at the new Rockford Peaches on Tuesday with a teaser for the eight-episode series, which debuts August 12 and is based on the much-loved 1992 film of the same name.

Abbi Jacobson of “Broad City”, who co-created the show with Will Graham, leads the cast as Carson Shaw, while Chanté Adams, D’Arcy Carden, Gbemisola Ikumelo and Roberta Colindrez are among her teammates. Actor Nick Offerman also plays the role of the team manager, Casey “Dove” Porter.

Like the movie, the new “League of Their Own” is set in 1943, the same year the All-American Girls Professional Baseball League was founded. The Women’s League was formed when Major League Baseball was thrown into crisis mode during World War II when many male athletes were drafted.

Watch the trailer for “A League of its own” below.

According to press notes, the series differs from its film predecessor by “taking a deeper look at race and sexuality, following the journey of an entirely new ensemble of characters as they make their own way onto the field, both in the competition and off it.” the.”

By all accounts, there are some pretty big cleats to fill. The original “A League of Their Own”, directed by Penny Marshall, starring Geena Davis, Tom Hanks and Madonna and is widely regarded as a classic. Rosie O’Donnell, who played one of the Rockford Peaches in the film, is reportedly set to appear in the new series.

Appearing on “The Drew Barrymore Show” last year, Jacobson said the series evokes “the spirit and joy” of the film, while exploring “the reality of what was really going on in 1943.”

“It opens a door for a lot of white women and white women getting into the competition that we all know from the movie,” she explained. “But what about the black women who weren’t allowed to try and who had to make their own way to play baseball? It’s also a very strange story.”