The “corrosive nature” and “ruthless domination of the Team Adelaide faction” has forced Central District Councilor Greg Mackie out of the door, he says in a letter of resignation sent to staff and elected members today.

But the “overwhelming” reason for resigning “with immediate effect” was due to the “corrosive nature of our current political body”.

“I’m no stranger to a contest of ideas,” Mackie said in the letter, seen by… City of Mag†

“The council’s past, disagreements and even intemperance in the room were offset by the shared experience of breaking bread together on meeting nights.

“We’ve met fortnightly in deliberation – that chance has been cut in half by you, Mayor and your dominant faction.

“Special gatherings that deal with individual issues, with no opportunities to raise other issues, have the effect of limiting debate and diminishing different voices — and accountability to our voters.”

Despite serving on the Adelaide City Council from 2000-2003, Mackie said that council was “controlled” by the dominant voting bloc Team Adelaide.

The result was a room without ‘mature and respectful exchange’.

“I regret that my second time as an elected member in the past two years has been very unpleasant,” Mackie said.

“There is no civility, and certain members of the dominant faction banish those who are not of their ilk, leading to different reactions – and so on.

“The considerable effort that has been put in has been negated by the relentless domination of the Team Adelaide faction, and this has become the main game.

“The absence of mature and respectful exchange is alarming to anyone who believes in democratic principles, but not something one independent member can address or remedy.”

The shocking resignation comes just months before the Adelaide City Council general election in November, but a spokesman for the City of Adelaide said the announcement would not trigger additional elections.

Verschoor refuted Mackie’s claims about meeting cutbacks, tellingly: City of Mag councilors continued to meet the same number of times as in the past.

“When we moved from biweekly meetings to monthly meetings in 2019, we added an additional committee meeting so councilors could ask questions to the administration before making a decision at Council meetings,” she said.

“This process has improved our decision-making, giving elected members more time to make informed decisions in the best interest of our community.”

Verschoor said her job as mayor and chief councilor was to provide leadership and guidance — a job she takes “very seriously.”

“I encourage and fully support the debate, different points of view and opinions, that is the basis of our democratic process; however, we must ensure that we establish and maintain respectful relationships with employees and each other at all times,” she said.

“Council members need to take responsibility for their own behavior and conduct, and they need to be aware of the impact their actions can have on others.” 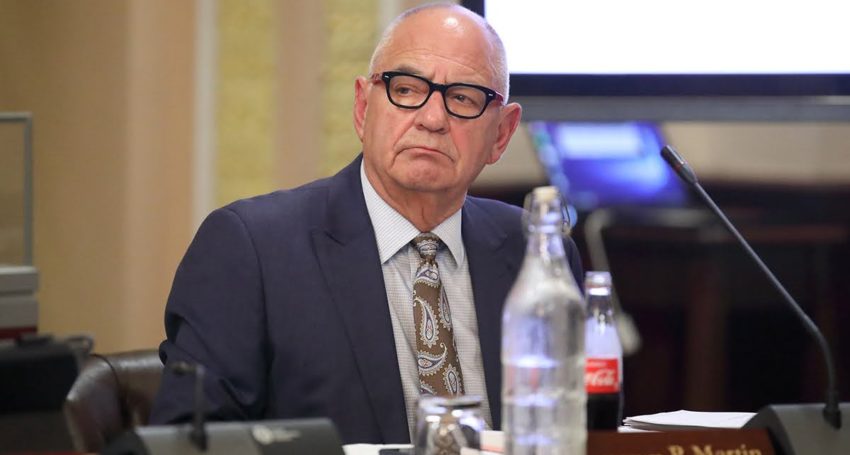 Independently elected elected member and councilor of the northern ward Phil Martin sent his own letter at 9:13 a.m. this morning.

Addressed to Mayor Sandy Verschoor, but taking over in elected members, Martin asked Verschoor to think about how their workplace had become “toxic”.

“I have personally written to you and the CEO on many occasions expressing my concern for the health and well-being of elected members and in response I have been told that the Council has no responsibility to provide a safe workplace for elected members, for staff only,” he said in the letter, seen by City Mag.

He said the “divisive and brutal form of politics practiced during this term”, under the rule of Team Adelaide, had a “serious impact on the well-being” of those not affiliated with the faction.

In 2020, Martin was identified by EMA Legal in a packed culture report – formally known as the Final Report Confidential Cultural Research – as one of the main individuals responsible for the toxic culture of Adelaide Town Hall.

Martin referred to the culture report in this recent letter, but said the document had been “repeatedly tampered with” and that it was an “absolute denial of procedural fairness”.

“The circumstances were and are shrouded in a confidentiality order that your Team Adelaide has proposed and approved and which will not expire in many years’ time,” he said.

He also said there had been “attacks” on elected members by the staff, alleging that a member of the administration had verbally “abused” a councilor while in a public office.

“Despite the CEO witnessing the matter and then being brought up to a high standard, nothing happened,” he claimed.

A spokesman for the City of Adelaide said: City of Mag in a statement, mechanisms were available to investigate staff behavior, but no formal complaint had been received.