I’m full of advice on social media, most of which can be summed up as “put your phone down” and “stop bothering yourself.” That’s funny, because I’m incredibly bad at both things, despite my best efforts (downloading a little app that grows trees while you’re not using your phone, setting a goal to read more books, having the same conversation with my therapist over and over again). time). But I’ve finally found a trick – a smart iPhone app/shortcut automation – that seems to work. For now.

Ironically, I made this discovery while mindlessly scrolling Twitter on my iPhone, which is why I do it during every moment of inactivity, from walking the dog to pee, to waiting for the elevator, to cooking the kettle. I don’t really do that at this point want everything Twitter has to offer; it’s just a silly habit – and that lack of purpose never turns that quick swipe into 10 useless minutes.

But this Shortcut Automation app – called “one sec” by its innovator, Frederik Riedel (@fshipping company Riedel) – tries to inject some mindfulness into that mindless habit. To use it, set up an automation that activates for one second when you try to open whatever social media, gaming, or other app is consuming your day. A simple, soothing bit of animation interrupts the process, encouraging you to take a deep breath, before tapping a second time to confirm you really want to open that app — or not.

You can see how it works in this Tweet from Riedel:

I started a new experiment with my new “one sec” Shortcuts Automation app: it forces you to take a deep breath before opening social media. After two weeks of use, my screen time has decreased by more than 40%:https://t.co/HP48DYPhYu

But how does it work? pic.twitter.com/KRvx4hLr6W 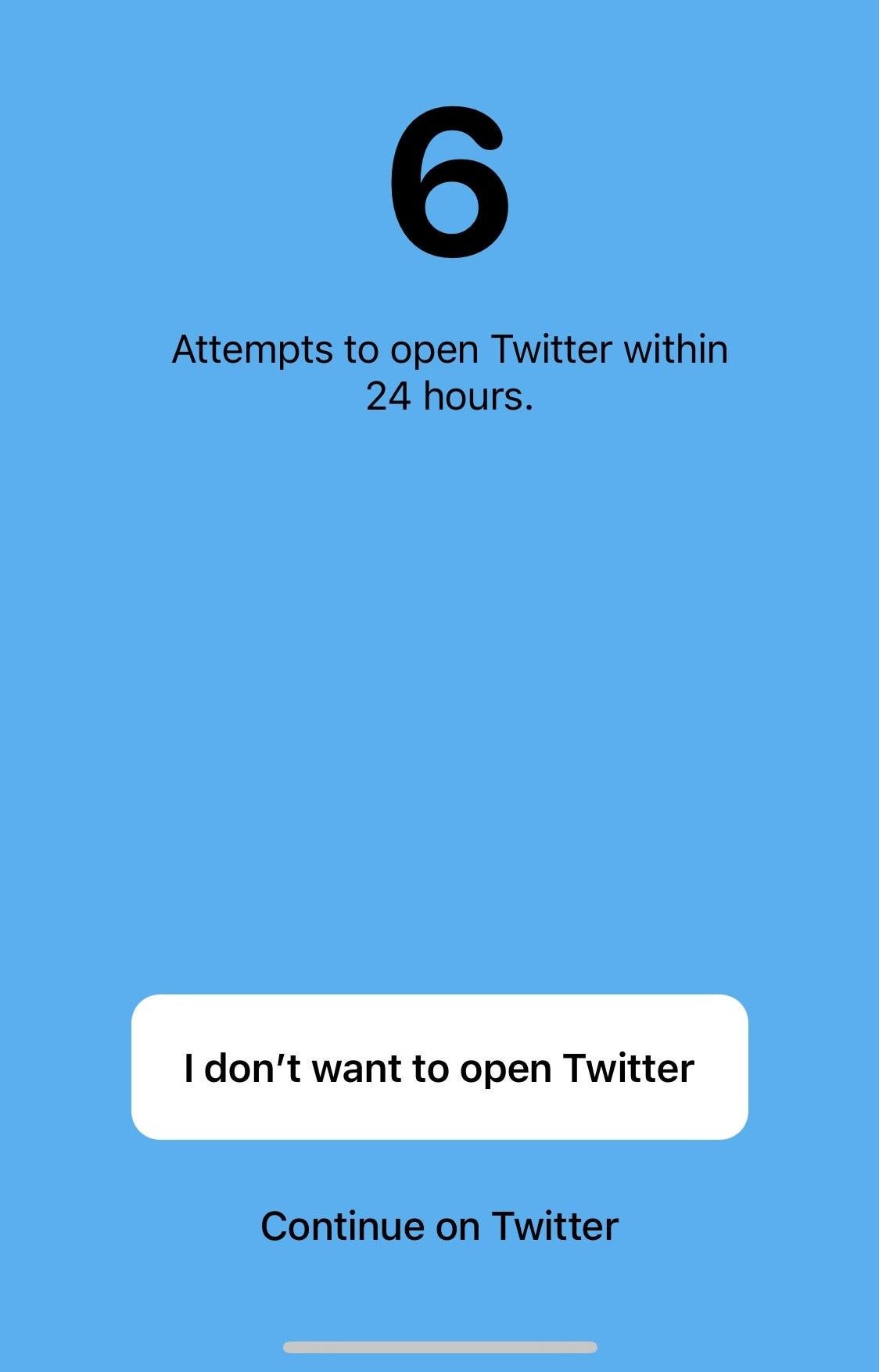 I realize there are many other tools that encourage you to limit social media use, from Apple’s own Focus Modes to Screen Time Alerts, but one second has worked best for me because it cuts me off at the right time; it’s easier to force me to think on purpose (“6 attempts to open Twitter in 24 hours”) than to scold me for stopping something I’m already doing (every popup that gives me tells me that my app usage for that day has expired is immediately ignored). You can unlock additional features (multi-app use, more robust breathing exercises, time tracking, website blocking) with the premium version ($14.99 ($21)/year).

Don’t get me wrong, I still have a pretty serious internet addiction. But I’ve also managed to stop myself from staring at my phone while waiting for the dog to poop five days in a row. That’s not nothing.