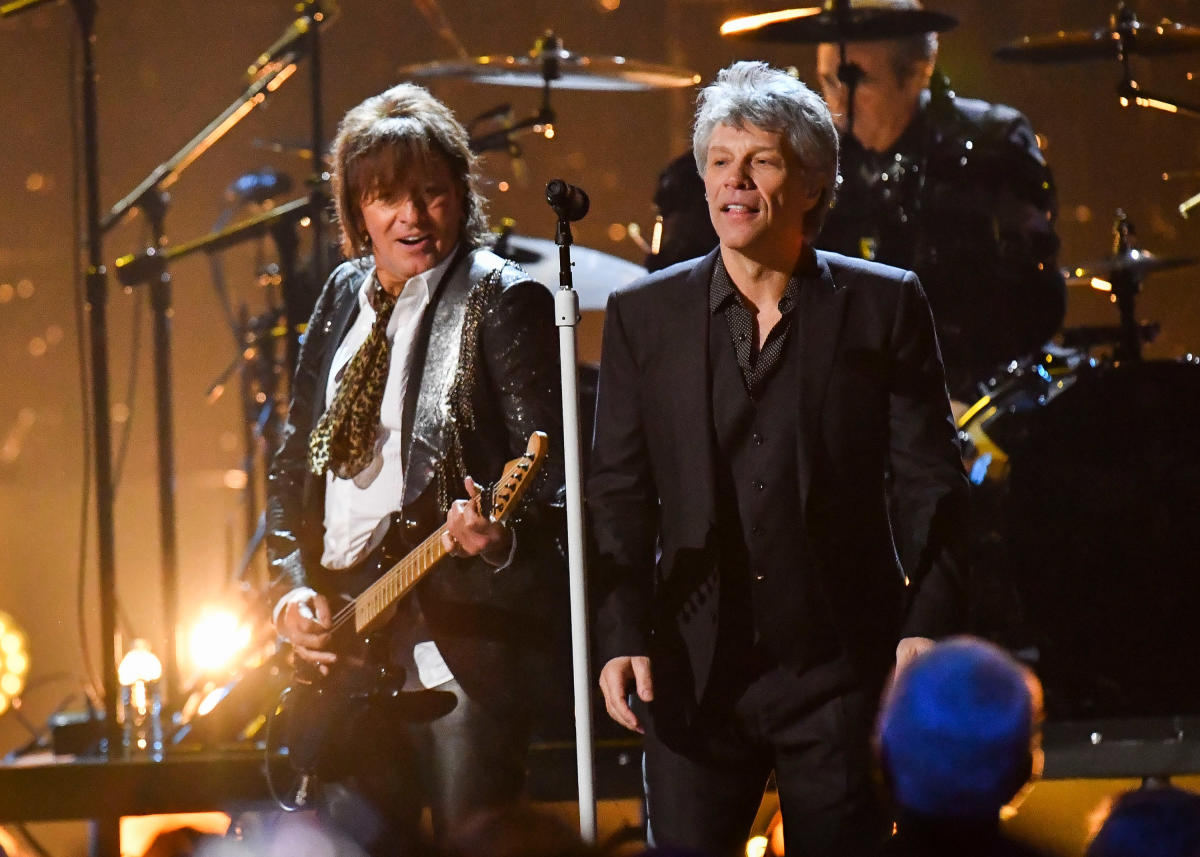 Bon Jovi has seen — and approves of — a viral video of Ukrainians listening to the band’s music as they prepare to defend their country amid the Russian invasion.

the videowhich was circulated by Ukrainian diplomat Olexander Scherba, shows Ukrainians in Odesa “preparing fortifications & getting ready to fight” while listening to the New Jersey band’s “It’s My Life.”

The video has since been reshared by Bon Jovi’s official Twitter page with the caption: “This is for the ones who stood their ground…” It included the hashtag “#SlavaUkraini” or glory to Ukraine.

In the video, Ukrainians are filling sandbags, which they load into a truck to defend the city, the third-largest in the country. The song — written by frontman Jon Bon Jovi, former member Richie Sambora and songwriter Max Martin and released in 2000 — blares, giving them energy to them as they work. There’s also a drummer playing along with the song.

The song’s lyrics include, “It’s my life/ It’s now or never.” Also, “Yeah, this is for the ones who stood their ground” and “Don’t bend, don’t break, baby, don’t back down.” It’s one of the band’s best-known songs, off their album crush†

Russia invaded Ukraine on Feb. 24 and while 10 million Ukrainians have been displaced from their homes, citizens have been fighting off Russian forces. (Ukraine reportedly banned male citizens, 18 to 60, from leaving.) President Biden said Thursday that the US will welcome up to 100,000 refugees.