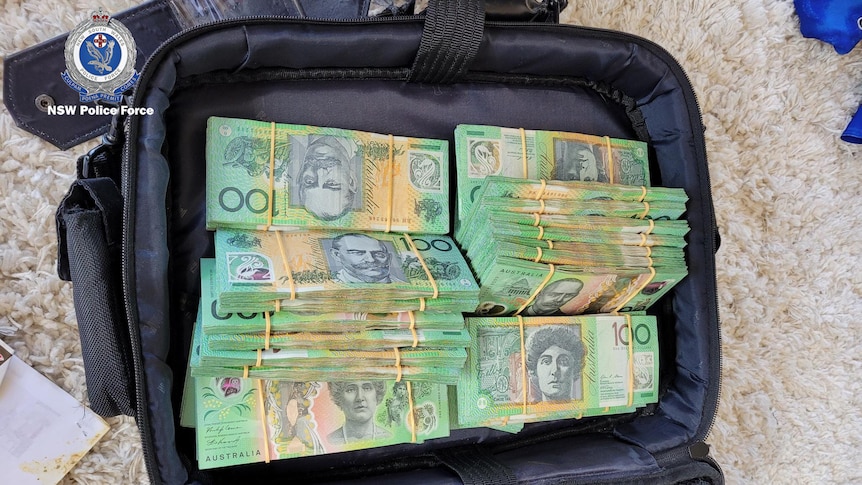 Six people, including three Canberrans, are facing drug charges after their alleged supply operation was intercepted by NSW police.

Police said they arrested four men on Thursday at an address in Sydney’s Caringbah South, where they also seized 5,000 MDMA pills, 280 grams of cocaine and $185,000 in cash.

The charges included a 23-year-old and a 26-year-old from Watson in Canberra.

Shortly afterwards, police said they searched two other homes in Sydney’s southern suburbs, Caringbah and Loftus, and arrested a 32-year-old man and a 26-year-old woman.

A child was also removed from the home and placed with a relative.

All those arrested were taken to Sutherland Station.

The arrests came after a joint investigation was launched in 2021 into the supply of illegal drugs in the Sutherland Shire and Monaro region.

Police said the total estimated street value of the MDMA and cocaine seized during the investigation was more than $750,000, and a total of 1.1 kg of cocaine was seized.

They said searches were also conducted in Watson, ACT and in Queanbeyan, NSW.

All six of those arrested face multiple charges, including supplying a banned drug, participating in the supply of a banned drug, knowingly directing activities of a criminal group and handling the proceeds of crime.

Police claimed the group was involved in a large, commercial shipment of banned drugs.

They have all been denied bail to appear in Sutherland’s local court today.