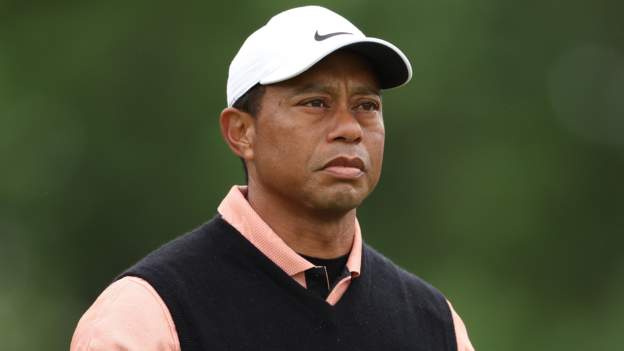 Tiger Woods has confirmed he will not play at the US Open next week, but plans to compete in the 150th Open Championship in St Andrews next month.

It follows the 15-time major winner’s withdrawal from the US PGA Championship in May after three rounds.

“I have previously informed the USGA that I will not be competing in the US Open because my body needs more time to get stronger for the big championship golf,” Woods, 46, said on Twitter.

The event kicks off on June 16.

Woods added: “I hope and plan to be ready to play in Ireland next month at the JP McManus Pro-Am and at The Open. Looking forward to getting out again soon.”

The veteran American returned to competition at the Masters in April, 14 months after a serious car accident that required him to be “liberated from the wreckage” by firefighters and paramedics.

The severity of Woods’ injuries set him on a long road to recovery and initially raised the question of whether he would even be able to compete at the highest level again.

He played his third worst round of a major at the US PGA Championship last month, with a nine over 79, finishing last at 12 over.

He also made five consecutive bogeys for the first time in a major since turning pro in 1996.

On Monday, Woods’ great rival Phil Mickelson has been added to the field for the first event in the Greg Norman-backed LIV Golf Invitational Series, which begins Thursday.

In an interview with the Washington Post, Norman said Woods was offered a “stunningly huge” deal to join the series.