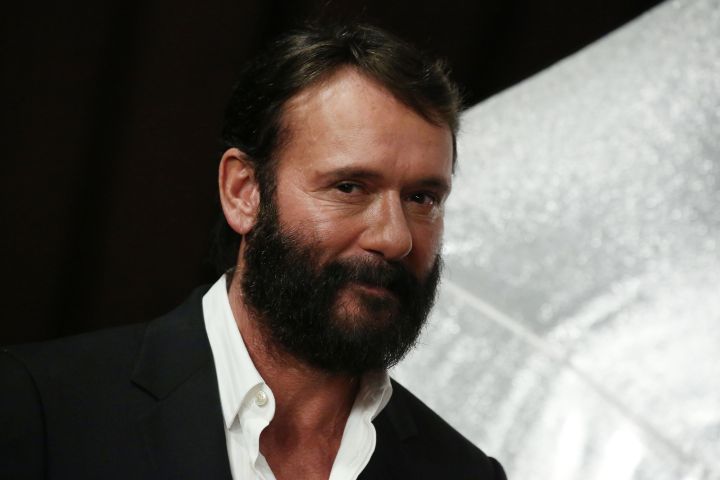 The season finale of “1883″ is just hours away, and Tim McGraw is reflecting on his favorite moments from the “Yellowstone” prequel.

“Happy Sunday, and happy final day for 1883,” the country crooner began. “This is the last episode, and we had so much fun making this show. My favorite thing was getting to work with my wife, but getting to work alongside Sam Elliott, who’s just a legend. Everything that you’d ever think that he was, he lived up to, he was one of the nicest, sweetest guys in the world.”

“But one particular day, I told Sam, I said, ‘Thanks for doing this and being a part of this and I just want to let you know that I’ve learned so much from watching you,’ and he just looked at me and said, “Oh yeah? Well, I haven’t learned anything from you,” the 54-year-old singer hilariously revealed. “So, thanks, Sam. Enjoyed it.”

ET’s Cassie DiLaura spoke to Elliott ahead of the show’s December premiere, where he spoke about his character, Shea Brennan and exploring the Dutton family’s roots, in the series that follows the family before they settle in Montana, tracking their journey through the Great Plains as they flee poverty in Texas for a better future in America’s first national park.

“It spoke volumes to me, this character of Shea Brennan,” Elliott said. “And the piece in general. The piece itself.”

Elliott admittedly had never seen “Yellowstone” before signing on for the prequel.

“I haven’t watched Yellowstone,” he revealed. I’m embarrassed to say that, rather than lie about it, I’ve not.”

But that didn’t keep the “A Star is Born” actor from putting his own spin on the series. Even though “1883” is under the “Yellowstone” umbrella, Elliott told ET the show stands on its own.

“I think that it certainly part of that whole thing, under the Yellowstone umbrella, but I’m so on some level, opposed to a direct tie into ‘Yellowstone’, because it’s not,” he explained. “This thing stands on its own. The tie-in is how did the Dutton’s get to Montana, and for me, that’s the end of the question, in terms of how they are related.”

Hear more from Elliott in the video below.

‘1883’: Isabel May on Ennis’ Emotional Death and Elsa’s New Challenges

Rita Wilson Shares ‘1883’ Behind the Scenes Photo with Faith Hill