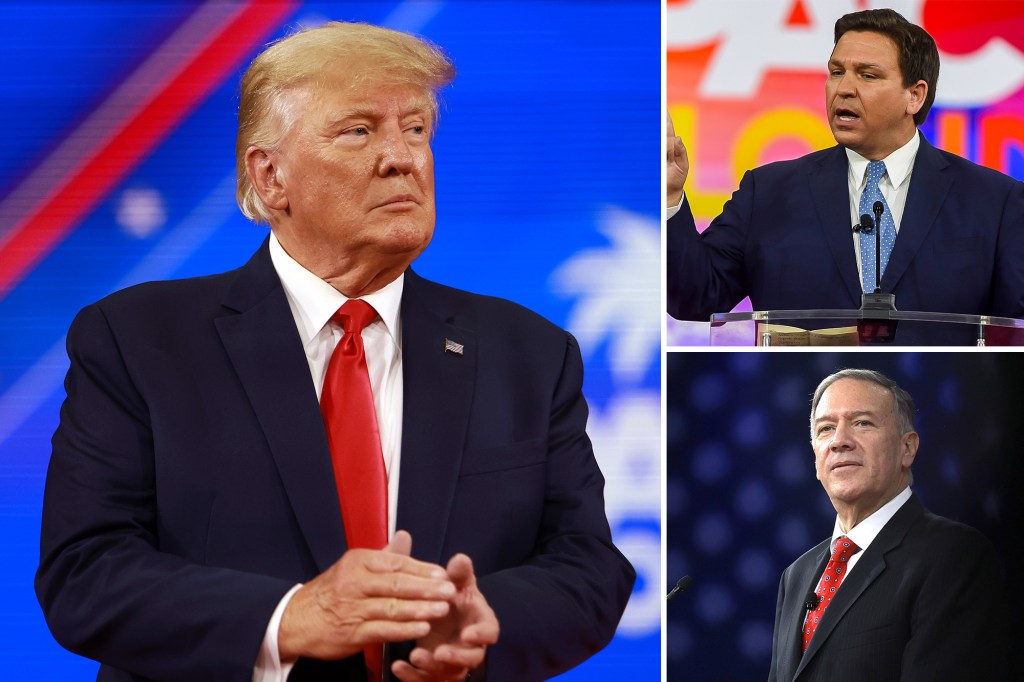 Former President Donald Trump is the overwhelming favorite for the GOP nomination in the 2024 presidential election, according to the results of a straw poll announced Sunday.

Trump got 59 percent of the vote in a straw poll conducted at the Conservative Political Action Conference’s meeting in Orlando, Fla., beating out Florida Gov. Ron DeSantis by 31 percentage points.

But the unscientific survey also showed support for Trump, who delivered the keynote address at CPAC on Saturday night, slipping, while DeSantis gained ground.

In July 2021, Trump got 70 percent of the vote at CPAC, with the Florida governor coming in second with 21 percent.

This year’s informal survey showed that Trump and DeSantis are the leading contenders for the nomination in 2024, as the next closest candidate was former Secretary of State Mike Pompeo, who came in third with 2 percent of the vote.

No other Republican cracked 1 percent.

Asked who the 2024 GOP nominee would likely square off against, 22 percent of the attendees selected Hillary Clinton, who finished 8 percentage points ahead of President Biden.