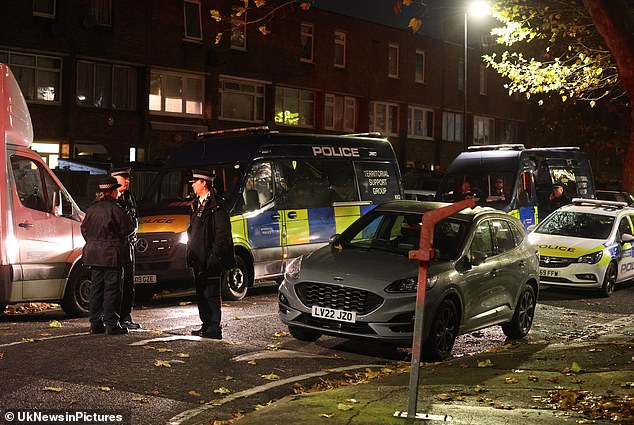 By Tom Brown For Mailonline

A double homicide investigation is underway after police found two boys with stab wounds a mile apart in Greenwich on Saturday night.

Police were called around 5:10pm for reports of injuries in Sewell Road, Abbey Wood and Titmuss Avenue, Thamesmead.

“Despite the efforts of the emergency services, both men were later pronounced dead tonight,” the MET police said.

“Crime scenes are at both locations and an investigation into the deaths of both men is underway.”

Their relatives will be assisted by specialist agents, the police said.

Police were called to reports of injuries in Sewell Road, Abbey Wood and Titmuss Avenue, Thamesmead at around 5:10pm to find two 16-year-old men with stab wounds. Both were pronounced dead later that night 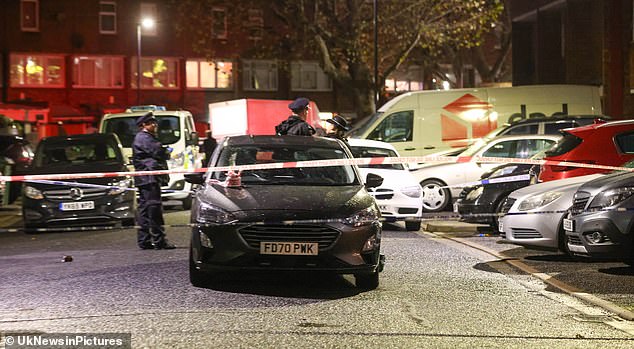 Officers are seeking witnesses to urgently establish a connection between the two deaths, which occurred within a mile of each other. Officers are on site in the photo 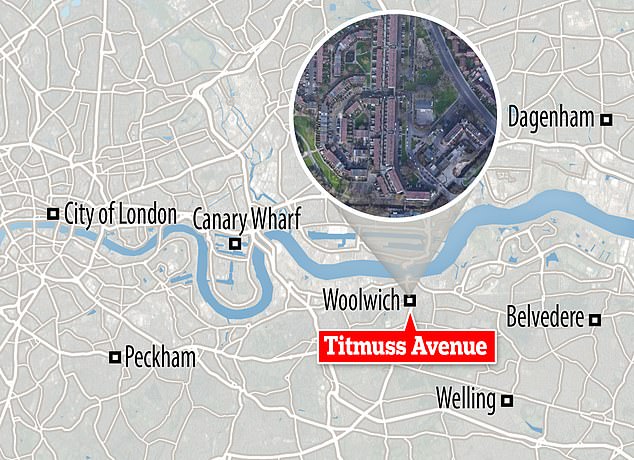 Officers are seeking witnesses to urgently establish a connection between the two deaths.

Further information on the nature of the two attacks or how they were related was not immediately available.

Anyone who has information about the attacks is requested to call the emergency number 4943/26NOV.

Information can also be provided anonymously to Crimestoppers via 0800 555 111.

Greenwich residents and concerned Londoners took to Facebook after the news broke.

“How heartbreaking is that someone’s baby,” Emma Edmeades said. “We need more cops to patrol the streets and stop frisking EVERYONE & single youth no matter their age!”

Londoner Lindsay Payn said: ‘This is terrible. This world we live in worries me for the safety of my children. My thoughts are with the xx family.’ 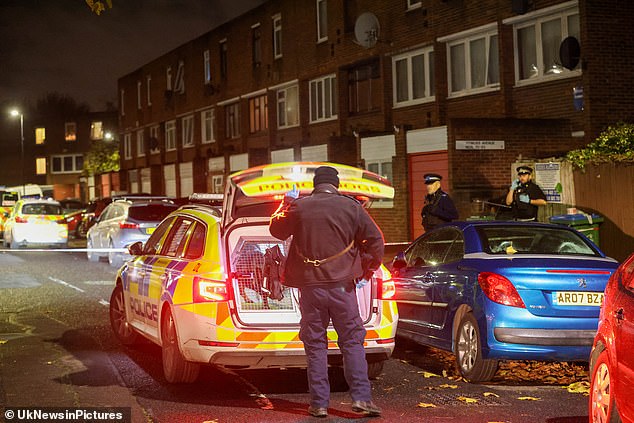 It is the latest in a spate of vicious attacks that erupted in the streets of the capital on Wednesday after a teenager was brutally stabbed on a busy Victoria Line train at Stockwell station in Lambeth.

This month, on November 4, three people were stabbed in Colindale, north London. The trio, two in their twenties and one in their thirties, were taken to hospital for treatment for stab wounds.

In late October, a 32-year-old man was stabbed to death near Waterloo Station.

According to police statistics, approximately 10,366 knife crimes have been recorded this year as of January 2022, compared to 9,050 during the same period in 2021.

A timeline of violence on the streets of London 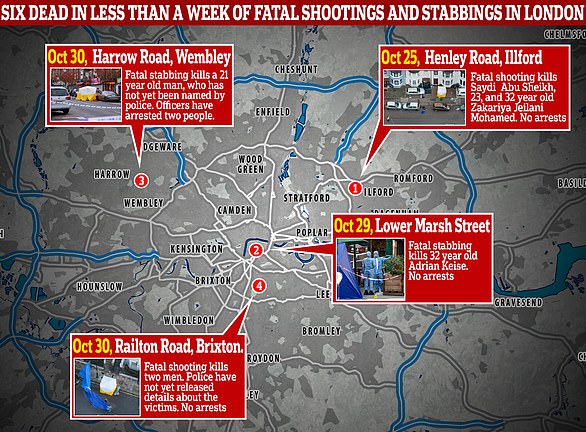 Nov. 3, Colindale Avenue, Colindale: Three men are stabbed in the street. No arrests.