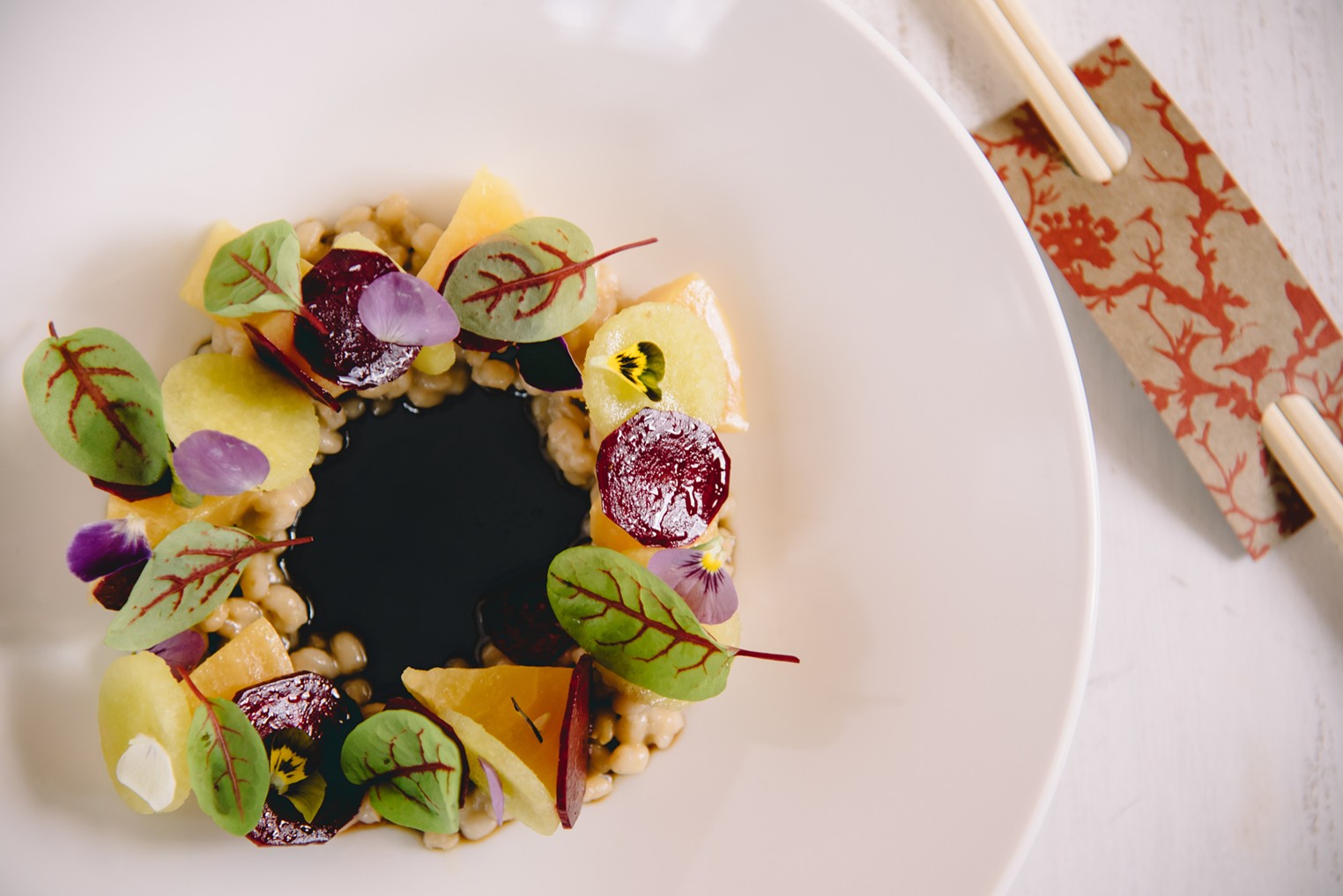 “What a spectacular building,” said Tony Montero, CEO of Hai Hospitality, the parent company of Austin-born sushi restaurant Uchi and its sister concept Uchiko. He’s talking about 299 Fillmore Street, a space that’s hard to miss, with its black exterior towering over the tree-lined streets of Cherry Creek North. In the 1980s, the space became the Ginny Williams Gallery; now it will be home to Denver’s first Uchiko – but not until 2024.

Ginny Williams was an art collector and philanthropist who had a huge impact on Denver’s art scene. She passed away in 2019 at the age of 92, and in 2020 a Sotheby’s auction sold the first eighteen 450 lots from her estate for a staggering sum: more than $59 million. Those pieces were originally intended to be the cornerstones for a museum she planned to open in her gallery space at Fillmore; at the time of her death it housed the Ginny Williams Foundation.

Instead of a small museum of contemporary art, it now becomes a restaurant. “The building is already super cool,” Montero notes. “If we didn’t have to add some square footage — and put it in a kitchen — it wouldn’t take much.” Uchi brother concept Uchiko will open a location in Cherry Creek North in 2024.

Hai Hospitality first landed in Denver in 2018 when it opened Uchi at 2500 Lawrence Street. “Once we saw that guests really accepted what we do [at Uchi]We always thought we’d put an Uchiko in Denver,” Montero recalls.

Like Uchi, Uchiko is a sushi-focused concept, but with the addition of a live-fire, post-oak grill. “It’s still the Uchi classics with a Japanese flair,” Montero explains, “but with this balance of flavors infused with smoke and charcoal.” Expect steak, lobster and other “nice surprises,” he adds.

Why does it take so long for Uchiko to show up? Montero says Hai Hospitality learned just after Loro opened in Houston, in a converted church, that the timeline of projects like this just needs more buffer. “We really want to make sure it looks nice, and adding square footage takes time,” he explains, adding that construction alone could take up to a year.

Uchiko isn’t the only new addition coming to Cherry Creek – and you won’t have to wait that long for the others. Here are three more spots that will open before 2024:

Cocktail bar of the Culinary Creative group
248 Detroit Street
Expected opening: autumn 2022
Juan Padró’s Culinary Creative group is behind some of Denver’s best restaurants, including A5, Bar Dough, and Señor Bear. Last March, it also opened Forget Me Not cocktail bar in Cherry Creek. Now Padró and his team are going for round two with another cocktail bar that has yet to be named – this one with a Mediterranean theme. Like Forget Me Not, it’s cocktail-focused, but also offers a selection of snacks.

Juice Sua
Location to be announced
Expected opening: end of 2022
Anthony and Anna Nguyen started selling Vietnamese food from a cart in Longmont before moving on to pop-ups in the Denver area. Now the husband and wife duo are working on opening their first physical place. Read more about their story and what to expect.

Le Colonial
255 Fillmore Street
Expected opening: 2023
BMC Investments has just grounded a seven-story building expected to be completed in 15 months — and plans include a new restaurant from the same co-owner that sits behind Le Bilboquet’s Cherry Creek location, which has been running for nearly three years. was opened before. Like Le Bilboquet, Le Colonial originally launched in New York (although that location closed in 2019). Now it operates in Atlanta, Chicago, Houston and San Francisco. It serves Vietnamese cuisine with French influences – a concept that has garnered criticism from San Francisco Chronicle critic Soleil Ho in 2019.