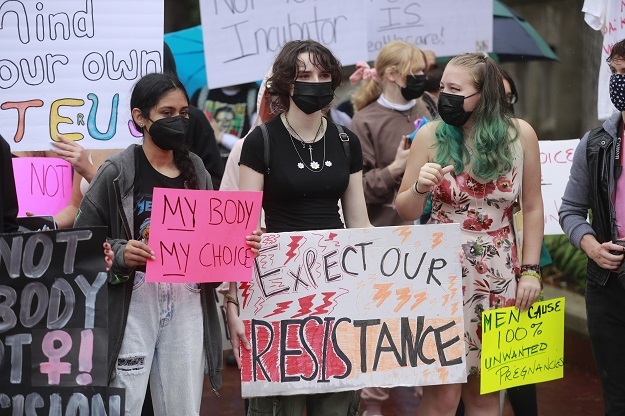 Britain said on Thursday it was preparing regulations to directly commission abortion services in Northern Ireland in case the British province’s devolved government misses a deadline to set them up itself.

Britain’s parliament voted in 2019 to legalize abortion in Northern Ireland, at the time one of the last regions in Western Europe with a ban, and last year directed the devolved provincial government in Belfast to provide liberal abortion services by the end of this month.

The government believes the Northern Ireland Department for Health will miss the end of March deadline and is preparing regulations that would allow London to directly commission abortion services in the province if urgent progress is not made.

“I firmly believe women and girls must have access to safe, high-quality abortion care in Northern Ireland. It is unacceptable that access to basic abortion healthcare is not available as it is across the rest of the UK,” Secretary of State for Northern Ireland Brandon Lewis said in a statement.

The secretary of state said the British government was setting up a small team in the Northern Ireland Office with relevant health experience to work directly with the Northern Irish Department of Health on the issue.

The planned regulations would compel the Department of Health to make abortion services available as soon as is reasonably practicable, and remove the need for approval by the devolved government before the services can be commissioned.

We live in a world where facts and fiction get blurred

In times of uncertainty you need journalism you can trust. For only R75 per month, you have access to a world of in-depth analyses, investigative journalism, top opinions and a range of features. Journalism strengthens democracy. Invest in the future today.