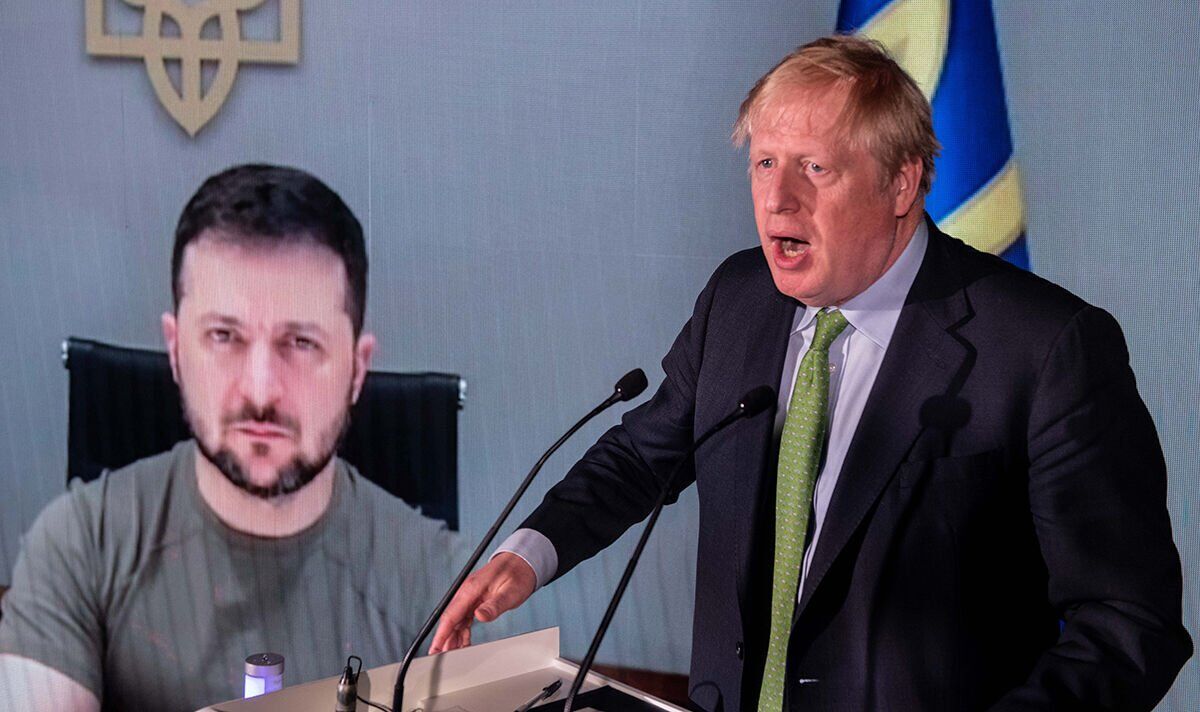 US missiles ‘near run out’ after shipping to help Ukraine

The news was revealed when it emerged that all remaining women, children and pensioners had been evacuated last night from the Mariupol steel mill, where they were trapped for weeks with Ukrainian fighters with little food or water. The £100m-a-month defense boost, confirmed by Chancellor Rishi Sunak last night, will bring the UK’s financial contribution to the war effort in Ukraine to £2.8bn and represents the highest percentage of military spending on any conflict since its peak of the campaigns in Iraq and Afghanistan.

It will be drawn from the UK’s emergency reserve fund and added to the £1.5 billion already allocated to Ukraine, including £400 million in humanitarian aid and grants and the mobilization of more than £700 million in additional loans from the World Bank by through loan guarantees.

The announcement comes ahead of today’s virtual G7 meeting with Ukrainian President Volodymyr Zelensky on the occasion of VE Day, where Prime Minister Boris Johnson will discuss how best to continue supporting Ukraine both militarily and politically.

“The UK was the first country to recognize the magnitude of the threat and send weapons to help the Ukrainians defend themselves. We will stand by that commitment and work with our allies to ensure Ukraine can continue to push back the Russian invasion and survive as a free and democratic country,” the prime minister said last night.

“While strengthening our own security and economy, we are encouraging the development and production of advanced defense equipment here in the UK.”

Some of the new money includes £300 million for electronic warfare equipment, a counter-battery radar system, GPS jamming equipment and thousands of night vision devices, most of which will be made in the UK.

Britain is already one of the largest European arms suppliers to Ukraine and has provided a robust arsenal of deadly aid to the war effort.

Another portion of the money will be spent on replenishing some of the now-depleted stockpiles of missiles needed for the UK’s own defenses, sources confirmed last night, while the rest will be used to purchase deadly equipment that Ukraine urgently needs and which Britain currently does not possess.

In Ukraine, Russian attempts to occupy large parts of Donbas and the southeast continued, with three shelling reported on Kharkiv and in the village of Skovorodinyvka, starting a fire that nearly destroyed the Hryhoriy Skovoroda Literary Memorial Museum.

However, the collection of 18th-century philosophers’ books and personal belongings had already been moved to a safer location.

“The occupiers can destroy the museum where Hryhoriy Skovoroda worked for the last years of his life and where he is buried. But they will not destroy our memory and our values,” said regional governor Oleh Sinegubov.

But it was the strategic port city of Mariupol that received the most attention.

Despite Vladimir Putin’s claims that the city, crucial to Russia’s plans to build a land bridge to Crimea, was captured in April, hundreds of resistance fighters hold out at the Soviet-era Azovstal steel mill.

More than 200 civilians and combatants have lived in the labyrinthine complex, while heavy Russian artillery fire almost obliterated the city and attacked it by ground forces.

Last night, the last remaining women, children and pensioners were finally allowed to be evacuated safely.

But the remaining defenders, members of the Ukrainian volunteer battalion Asov, are bracing for another attack, expecting Putin to point to the complete “liberation” of the city as his greatest success during the May 9 victory celebrations in Moscow tomorrow.

The annual celebrations commemorating the Soviet Union’s victory over Nazi Germany in World War II were revived by Putin in 2008 and have become a platform to showcase Russia’s military prowess to the world.

The 69-year-old former KGB colonel will deliver a speech from the Lenin Mausoleum, where he is expected to remain defiant despite the absence of foreign dignitaries, before a parade in Red Square of some 13,000 troops – a small decrease from last year – troops, tanks, missiles and intercontinental ballistic missiles.

A fly-past over St. Basil’s Cathedral will see 77 supersonic fighters and Tu-160 strategic bombers making up the controversial Z formation.

For the first time since 2010, they will be joined by the Il-80 “doomsday” command plane, which would transport Russia’s top power in the event of a nuclear war.

“He will declare that this is a moment of victory because it has to be,” said Prof Mark Galeotti of the Council on Geostrategy last night.

“He will say that this so-called special military operation was never about an invasion, but to denazify and demilitarize Ukraine and point out destroyed Ukrainian tanks and airstrips.

“He will tell the Russian people that his troops are in the final stages to protect innocent Russians in the Southeast from genocide, and no one will point out that the Emperor is not wearing any clothes.”

There was speculation that the event would be used to parade captured Ukrainian POWs and announce a massive mobilization of troops.

Yesterday, a social media outlet belonging to the semi-private Russian mercenary Wagner Group warned that “there will be a mobilization or we will lose the war”, adding that another 600-800,000 people will defeat Ukraine.

But Prof Galeotti said it was unlikely to be announced tomorrow.

“There is clearly a grassroots supporter who wants to see a mass mobilization that could put a million more men under arms,” he said.

“This is a peacetime army being plunged into a land war and they just don’t have the manpower against a fully mobilized Ukraine.

“But announcing that this has become a war or a state of emergency would essentially amount to defeat on Victory Day.

“And May 9 is not a traditionally new policy announcement day.”

He said mass mobilization would pose many risks to Putin, including further weakening Russia’s fragile economy, losing control of the narrative if soldiers returned and possibly turning the Russians against the war.

“There is no free media to dot the i’s and cross the t’s, but it is already becoming apparent in more impoverished regions where a disproportionate number of people join the military,” he said.

“Imagine the political consequences if thousands of women think that any moment a husband or son could be dragged to the meat grinder in Ukraine.