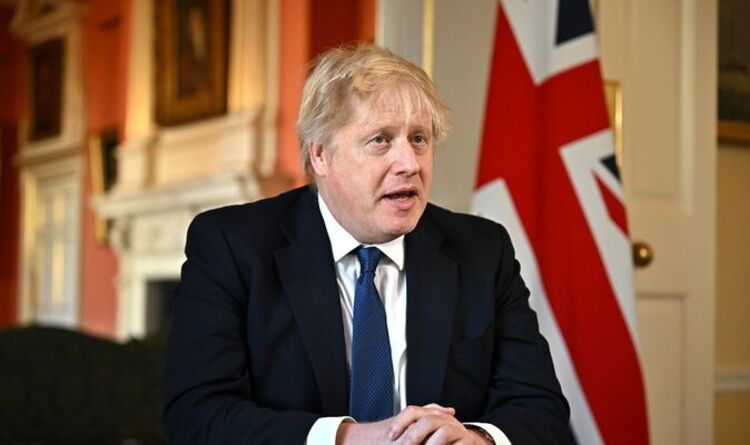 As the effects of the war launched by President Vladimir Putin in Ukraine become increasingly obvious, with officials saying more than seven million Ukrainians could be displaced as a result of the assault, the Government has unveiled a plan to welcome the relatives of Ukrainian UK citizens. No10 said: “In response to the growing concern of Ukrainians living in the UK about the welfare of their families back home, today the Prime Minister also confirmed that any person settled in the UK will be able to bring their Ukrainian immediate family members to join them here.”

It added: “This will benefit many thousands of people who at this moment are making desperate choices about their future.”

The announcement follows claims by Foreign Secretary Liz Truss earlier on Sunday that the Government is “urgently looking at what more we can do” to help Ukrainian refugees fleeing from the Russian invasion of their country.

Meanwhile, Home Office guidance updated in face of the crisis in Ukraine states the UK has “multiple official visa routes available for Ukrainians who are not dependants of British nationals”.

The UK’s plan, under which Ukrainians without an immediate family connection to the country will be denied refuge, contrasts with policies put forward by the Republic of Ireland, where all visa requirements for all Ukrainian citizens entering the country have been waived, or the EU, where member nations have unanimously agreed to take in Ukrainian refugees for up to three years without the need to apply for asylum first.

Mr Johnson, who announced the change alongside a £40m aid package for Ukraine, said: “In the last days the world has witnessed awe-inspiring displays of bravery and heroism from the Ukrainian people in response to those who seek to obliterate their freedom by force.

“The UK will not turn our backs in Ukraine’s hour of need.”

But the initiative was scrutinized for not going far enough, with the UK Immigration Minister coming under fire for his stance on the matter.

Kevin Foster sparked outrage on Saturday as he posted a message on Twitter saying there were “a number of routes, not least our seasonal worker scheme” for Ukrainians seeking visas to come to the UK.

Though Mr Foster later deleted the tweet, it was too late to escape criticism.

David Lammy, the shadow foreign secretary, said it was “totally unacceptable” and “immoral” to be imposing bureaucracy and red tape on people fleeing war.

He added the Government should do much more to help Ukrainian refugees and claimed: “People are fleeing with their children in their arms.

“Why would you ask people how rich they are to enter our country? Of course, there are some people who may not have family ties, but want to come into this country.

“That’s the sort of generosity that the British people expect.

“Frankly, suggesting that people should use this scheme that effectively fruit pickers come to this country on is totally, totally unacceptable.”