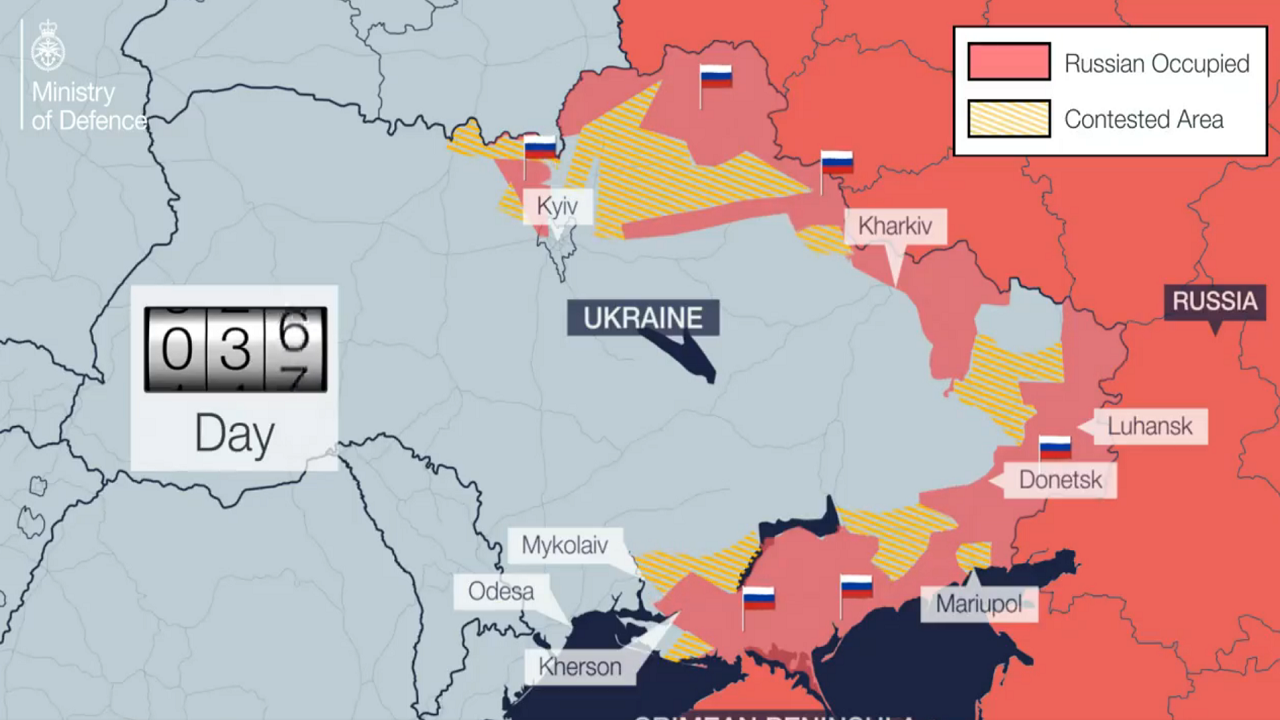 The United Kingdom’s Department of Defense released a time-lapse video on Friday showing Russia’s territorial gains and losses during its invasion of Ukraine.

The release comes as the war between Russia and Ukraine has reached the 100-day mark. It started on February 24.

“Russia’s attack on northern Ukraine ended in a costly failure. Russia failed to implement its own principles of war,” the ministry said in a tweet. “With the limited combat readiness of many units, it spread its forces too thin without sufficient support from artillery and combat aircraft.”

The video shows that during the first 30 days of the war, Russia made steady progress toward Kiev in hopes of capturing Ukraine’s capital.

Over the next 20 days, Russian troops were pushed completely out of northern Ukraine.

The British Ministry of Defense said Russia’s original strategy was “based on very optimistic assessments of the welcome Russian troops would receive in Ukraine”.

Russia got close to Kiev before being pushed back by Ukrainian forces, the video shows.
(UK Ministry of Defence)

“Russia has now adopted an ‘exhaustion strategy’ and is making slow and costly gains in the Donbas,” it added.