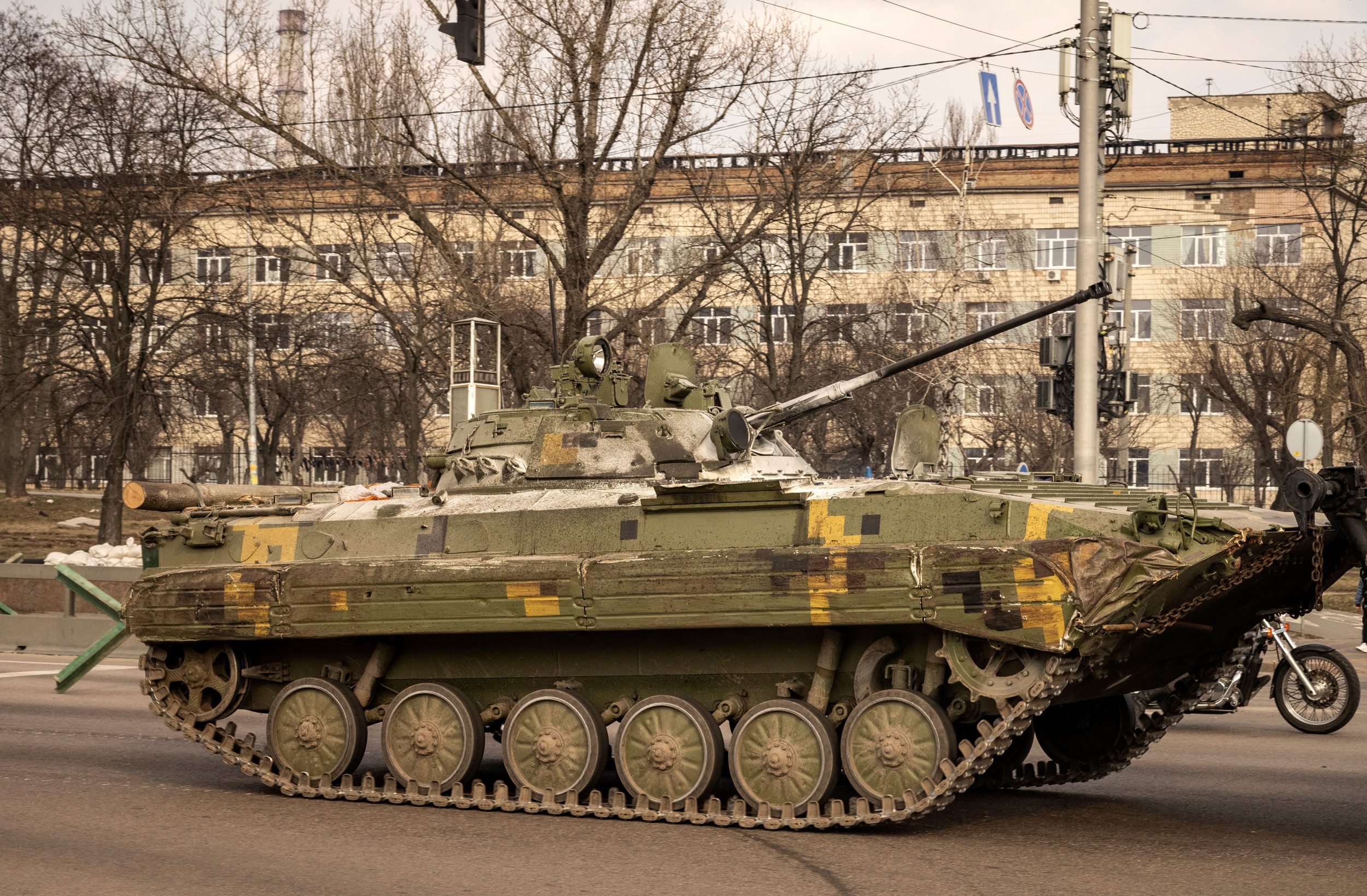 On March 16, Ukrainian President Volodymyr Zelensky delivered an emotionally powerful address to the US Congress from Kyiv, which continues to suffer from intense Russian military bombardment. Zelensky’s ask: send more anti-air and anti-armor missiles so Ukrainians can defend themselves in the face of a numerically superior enemy. President Joe Biden granted Zelensky’s request hours later, an $800 million security assistance package that includes 800 anti-aircraft systems, 9,000 anti-armor systems and 7,000 pieces of small arms and drones. In total, the Biden administration has shipped $2 billion in security aid to Ukraine.

The purpose of the aid is clear: help the Ukrainian army sustain its defense and make Russia’s invasion as costly to Russian President Vladimir Putin as possible. Thus far, the US approach has relied heavily on the stick. Russia is being isolated economically, Russian forces are bleeding militarily and US officials are compiling evidence of war crimes to be used against Russia in the future. Given the damage Moscow has caused (Ihor Terehov, the mayor of Mariupol, estimated more than 1,100 buildings have been destroyed in his city alone), it’s only natural for Washington and its allies to hurt Russia economically, militarily and politically for what is an undeniable war of aggression against its neighbor.

But merely punishing Putin won’t end the war. The Russian strongman has tied his personal legacy directly to the war effort and can’t afford to lose it. Nor will Putin, a man who nurtures his persona as a strong and wily leader, expose himself as a weakling who caved under the weight of Western pressure.

The first month of Putin’s war of choice has transformed much of Ukraine into ruin. Russian artillery, air and missile attacks have pulverized entire cities, turned neighborhoods into debris and forced more than 3.5 million people to flee the country. No target is off limits; the Russian military is destroying civilian structures like hospitals, homes, schools and subways to instill terror within the Ukrainian population. The fighting has caused at least $100 billion in infrastructure damage. According to the Mariupol city council, as many as 4,000 civilians may have perished.

The war has been bloody for Russia as well. The Ukrainian army is putting up a far more valiant defense than most seasoned observers anticipated. With the exception of Kherson and parts of Mariupol in the south, Russian forces haven’t captured a single major Ukrainian city. On March 23, NATO estimated that 7,000-15,000 Russian troops may have been killed in the first four weeks of the operation—as many as 535 troops a day.

Yet Russia shows no signs of limiting operations in the field. Moscow expanded the war to western Ukraine, hitting several airfield and bases, including the Yavoriv training base located about 15 miles from the Polish border. Despite losses in personnel and equipment, the Russian military still retains a little less than 90 percent of its military capabilities inside Ukraine. Absent a peace agreement, the war could drag on for weeks, if not months. Nothing in Putin’s demeanor suggests he would hesitate to drag out the fighting if absolutely necessary.

This is precisely why the US should support any and all attempts at a negotiating process between the Ukrainian and Russian governments, even if the chances of those negotiations succeeding are faint. Kyiv will likely have to fight and talk at the same time, since Russia views a ceasefire on the front-end as a concession. The talking, however, needs to occur regardless, even if it’s unpopular. The reality is the longer the war goes on, the more civilians will die, the greater damage will be inflicted and the worse off Kyiv’s negotiating position will be.

A proposed peace agreement will take time. Rajan Menon, my friend and colleague at Defense Priorities, and Thomas Graham, a former Russia director at the US national security council, have proposed a preliminary peace accord Kyiv and Moscow could accept (assuming the parties show the necessary will). President Zelensky will have to decide for himself what terms are acceptable—the US shouldn’t be seen as publicly browbeating Kyiv into accepting an accord it isn’t comfortable with.

But as a basis for discussion, some elements of a draft accord are clear. Ukraine would be required to declare neutrality and drop its bid to become a NATO member (because Zelensky recognizes the infeasibility of joining the alliance, a declaration of neutrality is no longer a stretch). Ukraine would be a place where foreign forces, American, European or Russian, would not be welcome. The establishment of foreign bases on Ukrainian soil would be prohibited. A nationwide ceasefire and unhindered humanitarian access would lead up to a Russian troop withdrawal to lines held before the outbreak of the war on Feb. 24. Ukraine would be permitted to retain its own military for self-defense purposes, as is the right of all sovereign states. The formal status of Crimea and the Russian-supported separatist republics in the Donbas could be solved by internationally-monitored referenda, with Ukraine, Russia and the separatist authorities all agreeing to recognize the results regardless of the outcome.

In the big picture, helping the combatants save face through a mutually-acceptable agreement to end the war is a more important priority than tanking the Russian economy or bogging down Russian forces in the field.

Daniel R. DePetris is a fellow at Defense Priorities and a foreign affairs columnist at news week.

The views expressed in this article are the writer’s own.